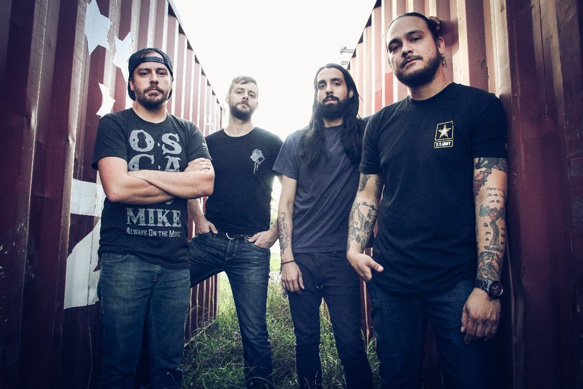 Quickly establishing themselves as a serious Rock band not to be taken lightly, North Carolina’s Another Lost Year was formed back in 2011. Led by Vocalist/Guitarist Clinton Cunanan, the band’s current lineup consists of Bassist Adam Hall, Guitarist Jorge Sotomarino, and Drummer Nathan Walker. Hitting the ground running with a more traditional Rock sound, Another Lost Year brings intense vocals and honest lyrics that really resonate with fans.

Debuting with the solid, full-length album Better Days back in 2012, since that time Another Lost Year has seen success on iheartradio and Siriusxm, who both have played their singles in regular rotation. Although, Another Lost Year has not been limited to only radio airplay, MTV featured their music on The Challenge: Rivals II, and Best Ink. In addition, they have also had music featured on the NFL’s Opening Day highlight reels for the Jets and Patriots game.

Busy touring and connecting with fans all over the country, in 2014 they independently dropped The Revolution Part One – The Otherside EP, offering fans five awesome new songs to rock out to. Now they are ready to take their sound to the next level with their forthcoming album, Alien Architect, due out June 10, 2016 via Cunanan’s Mirage M’hal Records and distributed by David Ellefson’s EMP. A bold step forward, produced by Cunanan and Jose Urquiza, Alien Architect continues to solidify their sound with fantastic little details hidden in each track to set them apart from each other.

Alien Architect is introduced with a clip from the show The Newsroom with main character Will McAvoy’s speech about why he thinks America is not great anymore. The track does not feature the second half of the speech when he explains why it used to be great, but behind McAvoy’s statistical ranting, a quiet sound track begins to build. Warning sirens and lonely winds blow, while vocals begin to chant louder and louder, “Wake Up…” Carrying the theme over into a familiar single, “Wolves” moves into a steady drumline with fast guitars bolstering the beat. A single guitar hops around on the beat, adding some complexity to the track. Around the 2 minute 45 second mark, dual contrasting vocals come together over an electric guitar meant to sound nearly acoustic. The song then jumps right back into the rhythm, and with a slight echo over a solitary voice as all other instruments and voices come to a hush, it ends in epic fashion.

Keeping the energy high, “Bastard Sons” is next with heavy guitars that calm enough for the vocals to come in and then dive right back into the beat. The whole band seems to come in like a small crowd, vocally, in some areas on the track adding depth, without overwhelming the feeling. The 60 second bridge features only instrumentals and a guitar riff and then continues with lyrics, giving listeners a chance to just feel the beat.

Thereafter, “Trigger Finger” starts with quiet guitars charging up, and are joined by a drumline that incorporates a slight cadence style in with a steady beat. The song evens out for the verse for a moment before the drums lead the second build up into the chorus. Then a ’80s style screeching guitar floats in and out as the use of different beats mesh together giving the track an overall diverse feeling. Showing even more dynamics, gentle, emotional vocals and quiet guitars open up “The Best Is Yet To Come.” After this beautiful introduction verse, the beat gets heavier for a moment then blends together with the calmer intro to create a modern Rock ballad sound.

Resuming the adrenaline rush with a steady drum is “Run The Tank Out” as light echo tinges the vocals and subtle contrast add to the mood of the track. It is the type of song some may feel the need to jump on the highway, open the windows, and put the pedal to the metal to. Utilizing a more ’90s Alternative style, with a slightly warped guitar providing the contrast, “This Is Life” continues the pattern of the main beat which introduces the song, then it slows for vocals and plunges right back into the rhythm. Adding to the emotion, “This Is Life!” is yelled out occasionally, along with beautiful female vocals provided by Devon Peterson that serve to add yet another layer to the music.

Slowing the mood down, “He Took Away Beautiful” comes with guitars strumming away peacefully all while a simple drum line kicks away. Complemented by Peterson’s voice once more, while quiet, they add power to the song. Hall’s bass is very pronounced, coming to the front and helping make it a haunting piece worthy of putting on repeat. Following is “Memories,” which is a very nostalgic song, and the emotion is definitely heard in Cunanan’s voice. It begins with an acoustic guitar and continues quietly with melancholic vocals that really tug at the listener’s heartstrings.

Ramping up the mood once more, “We All Die Alone” comes in with a solid beat made up of guitars, drums, and a solitary guitar seemingly in the background. The song only slows for the bridge to add emphasis on the lyrics before echoing out of existence for a simple ending. Providing more thought-provoking moments, “On And On” begins with a conversation between two people while the song flows on behind them. The beat almost follows the tempo of the vocals for a very interesting listen that will stimulate the mind. Then, ending Alien Architect is “Holding On/Letting Go” with a fast-paced beat before joined shortly by a guitar. The beat once again slows for the lyrics, but does not stay quiet. Here, the guitar is behind the vocals, almost impatient to begin again, but this does not detract from the song, making for a fantastic finale.

Alien Architect seems to get down to the traditional Rock sound with heavy guitars, strong vocals, and several diverse elements to round it out. Each track offers something a little different. The details that do stand out are not over whelming, and Alien Architect sounds like Another Lost Year is solidifying their identity further with this album. Quite a few of the tracks have the radio hit quality about them, and listeners are sure to find a few favorite songs within Alien Architect. This is major step in the right direction for Another Lost Year as they harness a mature vibe that is bound to land them among the greats of Rock-n-Roll. CrypticRock gives this album 4 out of 5 stars. 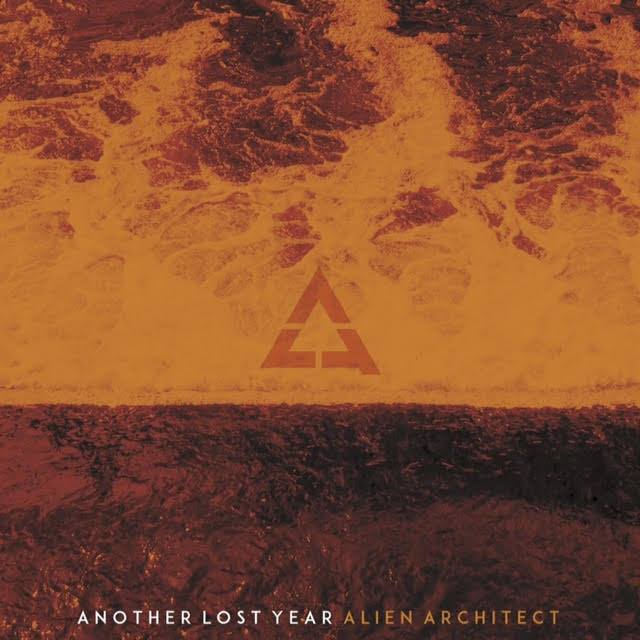