Initially premiering at Sundance on January 25th of 2016, American-Canadian Independent film Antibirth was quickly picked up by IFC Midnight. A mix of Horror and Comedy, Antibirth was soon after released as part of IFC’s Midnight Film series on September 2nd, and rightfully so, because it is the perfect film for throwing on during those nights when you have no plans of turning in for bed anytime soon and you are in need of some entertainment. 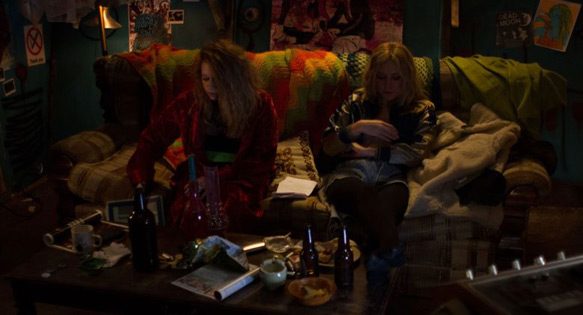 Written and directed by Danny Perez (Oddsac 2010), while Antibirth is tagged a Horror movie, and while there is gore as well as a monster, it has more of a Sci-Fi vibe to it. With a nod to the X-Files and the series’ love of government conspiracies and military experiments, it is a disturbing, yet fun film to dig into.

Taking place in a small and gloomy community in the state of Michigan, it all begins with two friends, Lou (Natasha Lyonne: American Pie 1999, #Horror 2016) and Sadie (Chloë Sevigny: Boys Don’t Cry 1999, Love & Friendship 2016). While attending a party in an old, abandoned brick building, complete with a hobo fire in a trash can, they run into some friends before becoming separated. 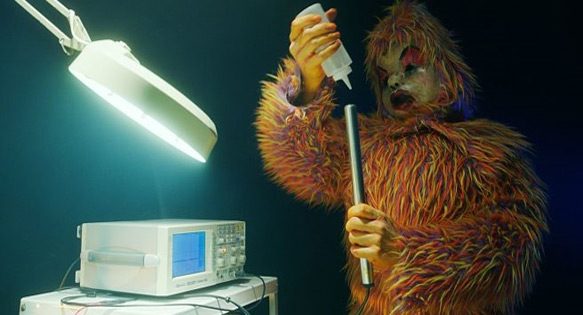 It is at this point in the story that the stoner friend Lou begins to experience memory loss. Having bizarre reactions around electronics like her TV and car stereo, she also has unusual dreams and hallucinations. Not to mention, she wakes up post-party with symptoms of what can only be described as an extremely unusual pregnancy.

Enter the conspiracy theories, shady military men, some of whom Lou is “friends” with, and scientists, a woman named Lorna (Meg Tilly: Psycho II 1983, Body Snatchers 1993); who is trying to solve her own mysteries following her service in the military, bong-rips, pills, booze, and more bong-rips. Unfortunately for Lou, this bad acid-trip continues as she tries to get to the bottom of the mystery surrounding her abnormal pregnancy, hallucinations, and memory loss with the help of her friend Sadie as well as Lorna. Will Lou figure everything out before she totally falls apart, literally and figuratively? 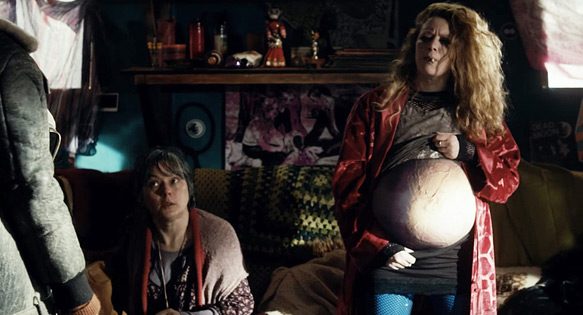 A very solid late night movie to throw on whether alone or with other Horror and Sci-Fi minded friends, Antibirth has plenty to offer. Most certainly along the lines of body horror, there are plenty of gross out moments amidst it all. Perez does a nice job of combining a variety of elements and certainly has a bright future in the Horror/Sci-Fi genre. Available now on VOD, as of February 7th, IFC Midnight in association with Shout! Factory will be giving Antibirth a proper Blu-ray/DVD release. CrypticRock gives this movie 3.5 out of 5 stars. 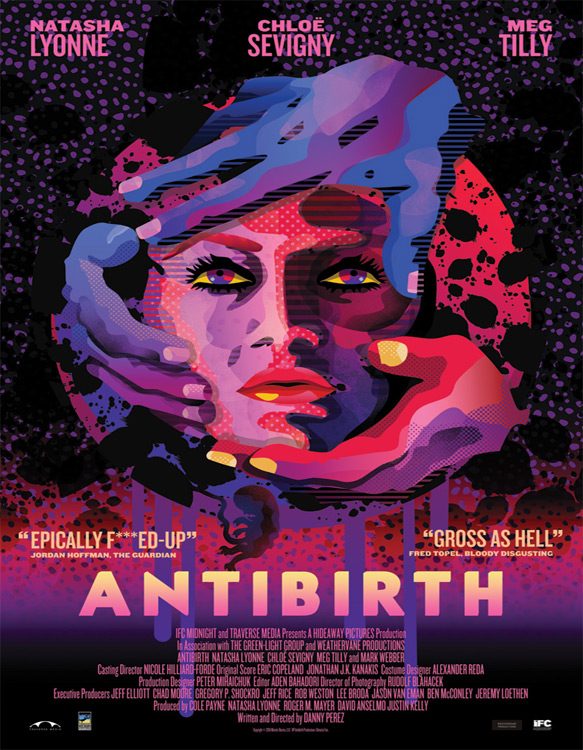