Antisocial Behavior has a deeply twisted plot that will keep you on your toes and guessing the whole way through. Written and directed by Kenneth Guertin (Unlucky 1998,Bank Brothers 2004), Antisocial Behavior was released on January 17, 2014 by Robin Hood Films in association with Ablaze Entertainment and was recently selected for the Laughlin International Film Festival. 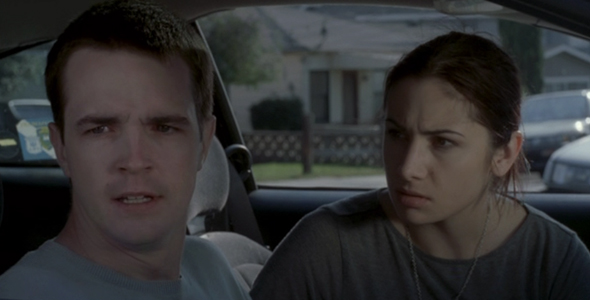 Antisocial Behavior tells the story of a young troubled man named Joe (Jackson Kuehn- With Love, from Bangkok 2011, Brothers Keeper 2013), who deals with life mostly through painting and keeping to himself. One night his roommate Scott (Chad Bishop- Live Fast Die Young 2008,Face of Evil 2014) and his girlfriend Hannah, drag him to a party where he actually has a good time when he meets a nice girl named Wendy (Mary Elizabeth Boylan- The Others 2008, Getting Lemons 2012), and after she leaves he is forced into a drinking game with Scott, Hannah, and some other party guests. Similar to truth or dare, Joe is dared to tell the truth about the worst, most evil thing he has ever done, and this is when things get very strange and go awry.

Joe seems to flip out and experience strange visions of violence, blood, horror, and accidentally breaks a beer bottle in his hand. When Scott is driving him home after the party, you start to learn that Joe has periods of oddness, which while Scott is used to, is getting tiring. Joe and Scott both grew up in a group home, New Horizons Orphanage, which Joe entered at the age of eight and cannot recall anything before that time.

Joe’s strangeness does not deter Wendy from trying to get to know him, and as the days go on, Joe starts to lose his grip on reality and has more ‘mental breaks’ that are not only scary for him but are ending in violence towards other people. Joe also starts vomiting strange blobs, about the size of a softball, that seem to be alive. Joe is scared and feels terrified about what the past may hold that is still tormenting and torturing him in the present, despite all this Wendy stays by his side. 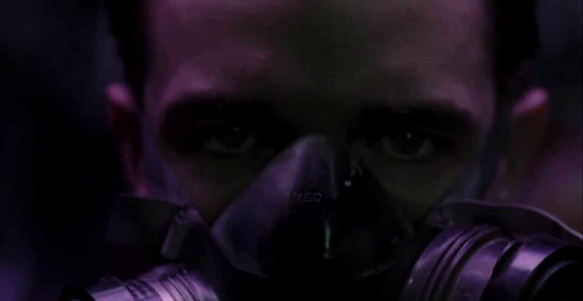 At Wendy’s insistence Joe undertakes some medical testing which the Doctor (played by Writer/Director Kenneth Guertin) finds approximately twenty-seven fractures resulting from beatings from his youth, though he is otherwise physically healthy. The Doctor cannot and does not explain Joe’s bizarre mental issues. Joe is referred to a psychiatrist, which after initially running from the appointment, he attends and undergoes hypnosis. What the Psychiatrist reveals is a nightmare that would scar anyone for the rest of this life and then next. Joe’s past takes a terrifying trip into his reality, interfering with his relationships with Wendy, Scott, and himself. Can Joe break away from his past, and have a happy life or his he doomed to repeat the past over and over.

This movie can at times be very confusing, and even at the end there are some events that just do not make sense and are left open. However, the movie has a sound interesting plot with some genuinely scary moments and may require watching more than once to get the gist of the twisted storyline. Well acted, and enough blood and gore to keep the most discerning viewer satisfied. CrypticRock gives Antisocial Behavior 3 out of 5 stars. 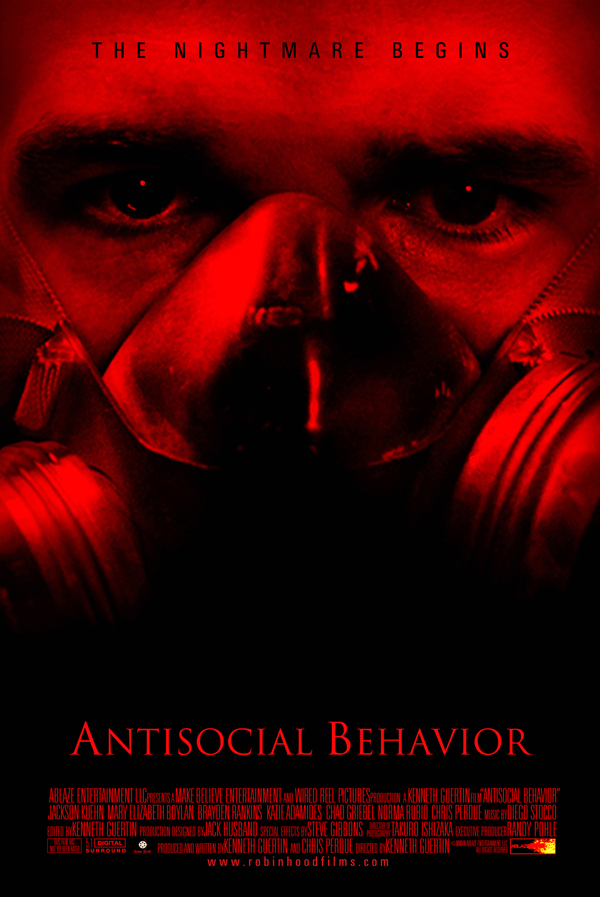