Most would agree that 2015’s Mad Max: Fury Road was a good film, right? Max Rockatansky helping the 5 enslaved wives of the despotic Immortan Joe escape from his desert fortress. It was a neat story, and a nice return to form for a franchise that seemed like it would not get Beyond Thunderdome or its original star’s increasingly erratic behavior and anti-Semitism. Before going any further, this is not a retrospective. No, it is a new film called Apocalypse Road coming to VOD on December 5, 2017 from Wild Eye Releasing. 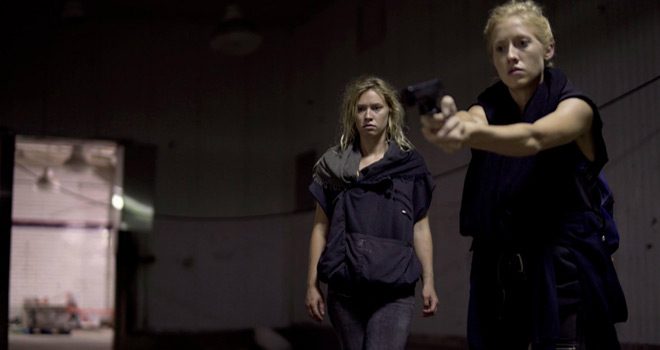 Written and directed by Brett Bentman (Umbra 2016, The Night Before 2017), Apocalypse Road is about two sisters, Natalie (Katie Kohler: Pandora’s Prism 2014, Subterranea 2015) and Sarah West (Ashlyn McEvers: 22 Jump Street 2014, Bad Kids of Crestview Academy 2017), living in a post-apocalyptic world. They must make it past bandits, guards known as Marshals, and the elements, to reach the coastline, where they think they will find salvation. It sounds like it could be 1979’s Mad Max without Max, except that it has little to anything to do with the Road Warrior.

For one, there are no armoured biker gangs, no vast deserts or working cars. Even the masked female ‘Immortan Joanne’ on the poster art is not in the film. It feels closer to The Walking Dead without zombies, or the video game The Last of Us without the cordyceps. It suggests that the world met its end via Biblical prophecy a la Revelation, but that suggestion is as far as it goes. All that the audience learns is that, while some buildings are still standing, and some degree of technology is still around, it is society that has fallen.

The film colors its characters with shades of grey than splitting them between heroes and villains. It does it well too for the most part. The West sisters are not gallant women facing down all comers, but bitter and worn-out by their circumstances. They keep going because they still have some hope of escape, that the world beyond the US still has some semblance of sanity left. Whether they make the right decisions along the way is a harder call to make. This applies to the supporting cast as well. A hunter (Nellie Sciutto: The Departed 2006, Shutter Island 2010) helps Natalie out, but does not stick with her. A gang of creeps (played by Lance De Los Santos: Coyote 2013, Renegades series; Billy Blair: Machete 2010, Machete Kills 2013; and Todd Jenkins: The Vanished 2016, The Summoning 2017) have repulsive habits, but are not portrayed as pure monsters. They have their own ways of survival, and they are not willing to compromise on that. 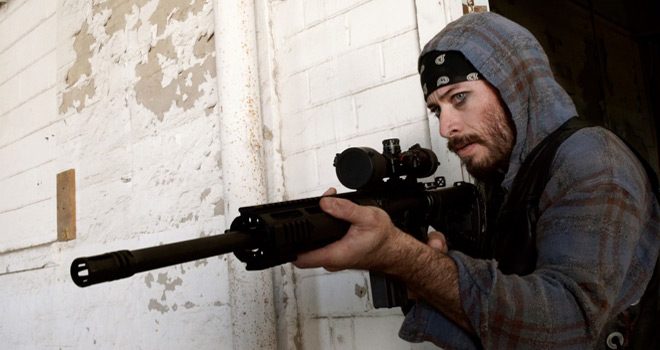 If anything, the pure monsters are the weakest parts of the film. The silent stalker French (Tom Zembrod: Ticked-Off Trannies with Knives 2010, Knucklebones 2016), tasked with bringing the sisters back alive or otherwise, is a scary enough tour-de-force. However, his boss, known as The General (Tiffany Heath: Cut Her Out 2014, Sightings 2017), is not so grand. She feels like she came from another film, with her entourage of maids with mussed-up makeup. Heath’s performance also sticks out as, while everyone else plays their roles straight, coming across as cartoonish. Her moments are brief, but it comes off like Julie Newmar’s Catwoman if she was dropped into 2003’s Cold Mountain. She breaks the pace.

Especially when the film is quite sober overall. Michael Ray Lewis’ cinematography succeeds in making the world look empty, with its wide-open shots of the countryside and cold-looking colors. The handheld camera angles also work at building up paranoia, suggesting prying eyes may be watching amongst other worries. It does well as keeping the audience tense, second guessing certain characters from camera angles alone in some cases. The soundtrack is equally cold and sad, though it is not as crisply done as the camera. In at least one part, it feels like it was pasted over the entire audio, making the resulting chase scene feel like a music video than a pursuit.

One’s mileage may vary, but the focus on building up tension means the film moves at a slow pace too. It sparks to life with its brief action scenes, scares, and glimpses of gore. Yet, between all that, there is a lot of walking outside. Sometimes it is the basis for unique character moments, like McEvers’ Sarah coming to terms with things she did in her past. Other times, it is just walking, and leaves the film feeling inert. Despite the Fury Road-like advertising, people should expect themselves for something much more sedate. 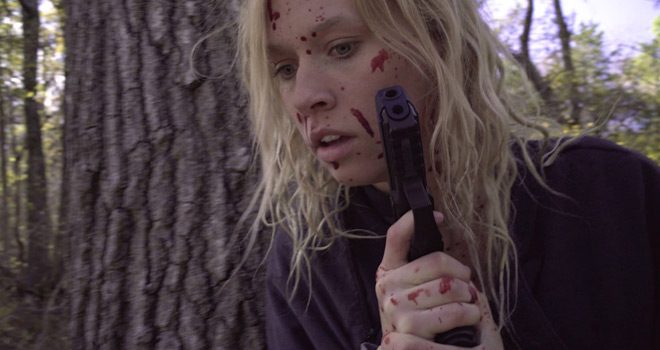 Overall, Apocalypse Road is not a bad film. It looks great, has an interesting story, sympathetic characters and some good casting. It could have been better with some clearer world-building though. That and readjusting The General so she feels like a threat than a Comic Book villain. People may find something intriguing here, so long as they know what to expect. For these reasons, CrypticRock gives Apocalypse Road 3 out of 5 stars. 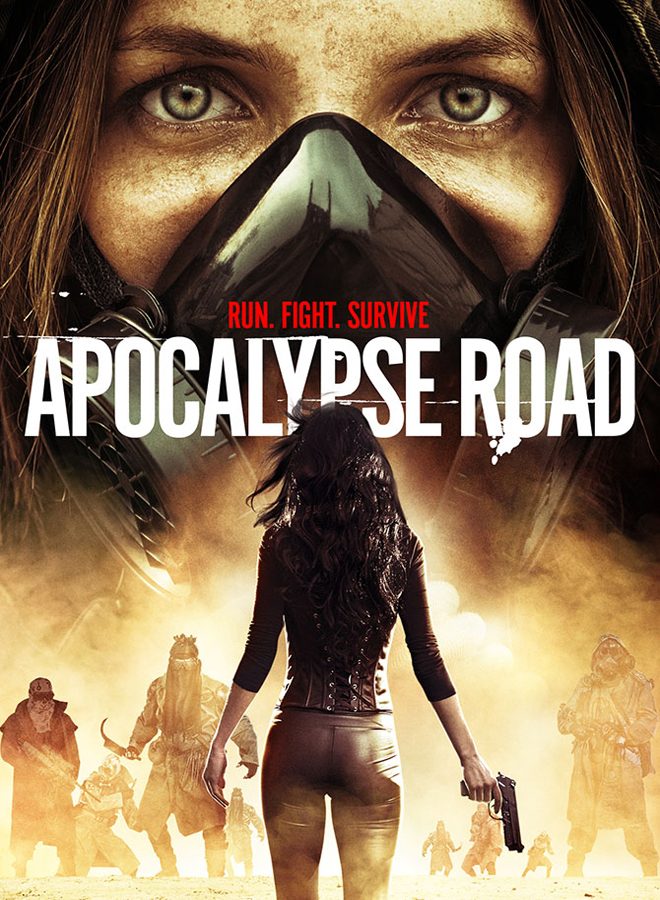