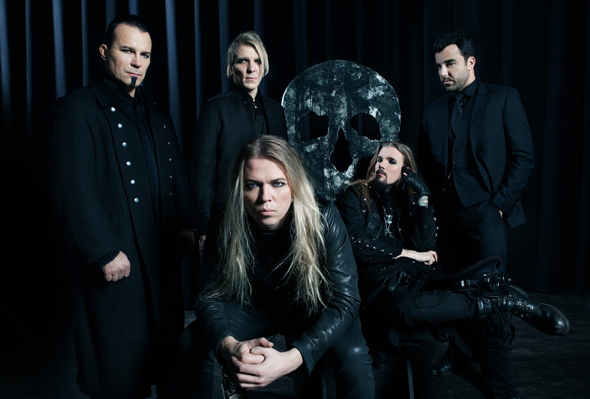 In 1993, four classically trained Finnish cellist gathered to play some classics. The twist is that these were not of the classical genre, but rather the heavy stylings of American Metal giants Metallica. Eicca Toppinen, Paavo Lötjönen, Max Lilja, and Antero Manninen made up the original line-up for the band’s debut album Plays Metallica by Four Cellos. On their second album, the band continued covering Metallica songs, but also incorporated some by Faith No More and Pantera, as well as three original songs written by Toppinen. When Manninen left the band in 1999, he was replaced by Perttu Kivilaakso who had already made prior appearances in the lineup before. Over the next few years, the band would go on to see a few more changes in lineup, as well as some stellar guest appearances from some of the most celebrated names in Hard Rock and Heavy Metal.

Their fourth and fifth studio albums, Reflections and Apocalyptica, saw the likes of Dave Lombardo of Slayer and Ville Valo of H.I.M joining the band on record. In more recent years, the band has seen commercial success with tracks featuring a variety of vocalists lending their talents to the Finnish metallers including: Adam Gontier (ex-Three Days Grace), Lacey Sturm (ex-Flyleaf), Gavin Rossdale (Bush), Joseph Duplantier (Gojira), and Doug Robb (Hoobastank). Now, with the release of their latest album Shadowmaker, Apocalyptica have employed a new voice to expound on their already intricate sonic stories, Franky Perez.  Perez adds a soft vibrato and echoic quality that only helps to amplify the band’s already mesmerizing sound. Shadowmaker is Apocalyptica’s eighth studio album and marks a change in the band’s development. Many may ask, “Is the addition of Perez and shift in sound for the better?”

“Seed of Chaos” creeps in with a soft and serious tone and unfolds into a heavy “For Whom The Bell Tolls” style intensity and then giving way to the first full track. “Cold Blood” features an upbeat swing with the band’s trademark symphonic backing the smooth vocals of Perez. The song is a catchy instrumental whirlwind that ebbs and flows like an ocean, at times smooth and serene and other times kicked up and lapping at the beach. This soulful transitioning is what makes it an eager beginning for Shadowmaker and an intriguing introduction to the new Apocalyptica. Title track “Shadowmaker” is an eccentric opus that highlights the band’s Classical background and gives all the distinction of being a full-length feature. Like a quickly escalating film, it begins with a silken smoothness and climbs its way up to a full orchestral frenzy of strings. Reminiscent in some ways of The Who’s “Tommy” with its piqued timber and rigorous scale climbing, “Shadowmaker” spends much of its time as an instrumental cyclone spiked with Perez’s vocal punctuation and closing with piercing rawness.

Apocalyptica continue their pattern of metered beginnings with steady escalations on “Slow Burn,” which unlike its predecessors, maintains its measured pace throughout the track. It feels like an icy sheath that encapsulates a moment in time, frozen forever. The lyrics lend themselves to this sentiment as well with lines like, “Just like a slow burn/ Stay with me forever/I can’t let you ever fade away.” Returning to their musical roots, “Reign of Fear” is a slow drudge through the sonic landscape that kicks into increasingly more intense string work. All instrumental, this piece is like an early musical palate cleanser that gives the gift of purity. Lötjönen, Kivilaakso, Sirén, and Toppinen all take their time to shine in this Prog-heavy, inundation of the senses that ends with the soothing sound of rain. “Hole in My Soul” is a somber tale of love lost and the resonating emptiness that results from that loss. The beauty of this kind of loss is brought to life by the singing of the strings, and the cellos with touches of what sounds like violins echoing the heartbreak splendidly.

Knocking things back into drive is “House of Chains” where Perez’s vocals are rife with the grit of rebellion and intention.  Delivering a heavier percussion and bass paired effortlessly with a darker theme of captivation and the yearning for freedom, this song is a break from the rest and just enough diversity to draw you back in. The sharp and speedy string work of “Riot Lights” creates a jogging pace accented by an almost techno-infused beat that makes it feel like the warm up track to an EDM show mixed with a Classical sample. It is unique to the rest of the album up to this point, and definitely changes the pace to break up the monotony of the previously slower treading tracks. “Come Back Down” brings Perez back into the fold with a traditional Rock sound and another slow build to chorus. The only complaint at this point in the album is that there is not a lot of variety in dynamics. While each song has its own personality and composition, there seems to be some baseline commonalities that make it hard at times to distinguish one from the other. There seems to be a desire to make each track an overtly epic journey in and of itself where in there are times of great instrumental flourishes that sometimes take you out of the headspace of the songs that the lyrics just started building.

Of the songs on this album, one of the standouts is “Sea Song (You Waded Out).” This song has everything they do well and every dynamic or effect placed appropriately. The slow, measured pace balanced with their infinitely soothing strings and Perez’s higher range are all pitch and tone appropriate, and therefore, perfection. It touches the heart and does not get lost in the mix with its companions on the album. The percussion and bass punctuation of Sirén and Toppinen are the ideal markers/flourishes for this song. “Til Death Do Us Part” brings their full instrumental fury back to the plate with the last few minutes of the almost eight minute long opus exploring previously untouched peaks of sonic grandeur and elevation with passion. Rounding out Shadowmaker is “Dead Man’s Eyes” and Perez’s soliloquy about perspective beyond situation and finding solace in knowing what is next. With a story of transcendence and rebirth, he sings of not being afraid and “coming home,” which resonates with an echoic effect and works to lift the spirit and light the senses. The song caresses its way out into ambient noise followed by blithe nothingness.

Apocalyptica have made their bones on the incredible and incendiary power of their orchestral and symphonic style. Their Classical backgrounds and training make this approach more than a novelty, it is their life. Everything about Shadowmaker screams of precise technical composition and attention to detail, and everything on this record was chosen with intention. The only hiccup in this formulation is that while they have on-boarded the vocal valor of Franky Perez, there are times when it feels as though he is under-utilized. Of course just in being themselves, Apocalyptica do not require the services of a vocalist at all, but given that the general market appeal for a Progressive, melodic band is more favorable to those with vocals, having one definitely works in their favor. That being said, there are times when it feels that the band allowed the breaks and bridges in the songs with vocals to linger, occasionally causing the lyrical impact to get lost in the ambiance. Collectively, Shadowmaker is a collection of beautiful tracks that shows the evolution of a band that has combined World music, Neo Classical, and Symphonic Metal to make their mark. For its precision and elegant composition, CrypticRock gives Shadowmaker 4 out of 5 stars. 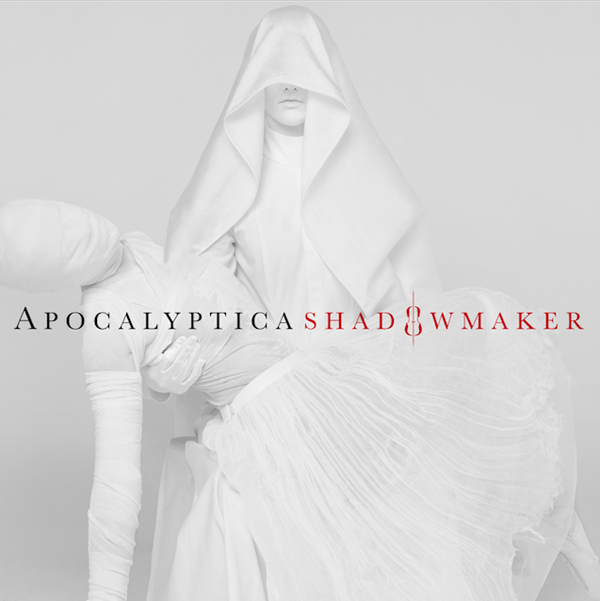