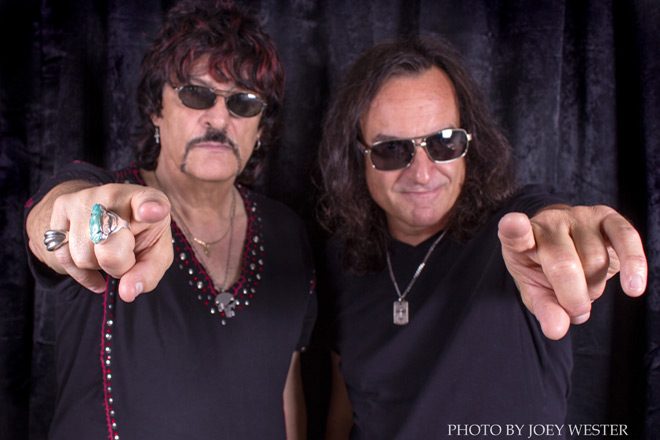 The nation of Hard Rock and Heavy Metal has forever been characterized as one big family. From Alex and Eddie Van Halen to Malcolm and Angus Young, describing your bandmate as family rings loudly. The same is true for brothers Carmine and Vinny Appice.

Two brothers, born in Brooklyn, NY, who each took up drumming from a young age, separately, Carmine and Vinny, would each find success as two of the most highly regarded drummers in Rock. The eldest brother, Carmine, famously carved his name in Rock hitting the skins for psychedelic ’60s group Vanilla Fudge. Later, Carmine would play for Rod Stewart, Ozzy Osbourne, and a plethora of big-league artists. Vinny Appice attained a level of success parallel to that of his brother. Vinny’s portfolio chronicles his career backing the almighty Black Sabbath and Dio.

Now, after 40 plus years of bringing the thunder for their friends, what remains left to do for the Appice Brothers? Well, in 2014, the brothers toured as a duo, simply calling themselves Appice. Later releasing Drum Wars-Live! that same year, garnering a huge buzz, Carmine and Vinny are thrilled to bring Rock fans their debut studio album, Sinister, out October 27, 2017 via SteamHammer/SPV. Self-Producing Sinister, Carmine and Vinny united together, with a little help from their friends, to spawn an intense album of dangerous riffs sure to grab the attention of Rock fans. Collaborating with Appice are past and present members of bands ranging from Guns N’ Roses to Dio.

The Appice signature drum sound is unquestionable as it lives throughout Sinister. Right of out of the gate, a fury led by the album’s title track, “Sinister” emerges. Heavy and fast with a touch of synthesizer, the track voices who is in control before heading straight into the wild “Monsters and Heroes.” Then, “Killing Floor” is heavy, delivering an array of lively drum beats that will jump out your speakers.

A gang in the night, Appice let us know they are not to be messed with as the center of Sinister embraces the most bad-ass of tunes. That said, “Danger” will make any listener want to walk the streets in their leather jacket as it carries the mark of a rebel. Thereafter, “Suddenly” shreds, sliding in with sexy licks. Bringing in some special guests, former Guns N’ Roses Guitarist Bumblefoot seers on the dark and misty “In The Night.” This is before the wicked “Future Past” unleashes your worst nightmares thanks to haunting vocals by Scotty Bruce. Also, covering the Blue Murder hit “Riot,” Appice musically conveys all the turmoil and lawlessness portrayed in the lyrics.

Expanding his role, showing he is multi-talented, Carmine impresses, taking lead vocals on the chic “You Got Me Running.” Shining a brighter spotlight on two special tracks, Carmine and Vinny collaborate further. First on the instrumental “Drum Wars,” a cunning and sly performance by the Appice brothers at their best behind the kit. An even deeper track, however, “Bros In Drums,” a fun and amusing tale, Carmine sings of life growing up in Brooklyn as his little brother Vinny came along. Idolizing Carmine, Vinny took up drums as well and drove their mother crazy playing all day long.

The beginning of the end, “War Cry,” one of several tracks featuring the fiery vocals of Paul Shortino (Rough Cutt, Ex-Quiet Riot), is melodic in nature. Warrant’s Erik Turner nails it on guitar for Appice’s ode to Black Sabbath, “Sabbath Mash.” Ear tingling all the way through, an evil concoction fusing pieces of “Iron Man,” “War Pigs,” and “Paranoid” into one Metal tribute closes out Sinister.

Citing the aforementioned track “Bros In Drums,” “It’s in our blood, now we play as one!,” and Sinister drives home that sentiment loudly. Carmine and Vinny Appice deserve all the respect and recognition earned throughout their illustrious careers. For Appice, it all comes full circle with Sinister. With much anticipation, Appice plan to tour in support of Sinister very soon as Carmine explains, “We cannot wait to take the album on the road! Heavy drums and heavy songs. It will kill!” Well worth checking out, CrypticRock gives Sinister 4 out of 5 Stars. 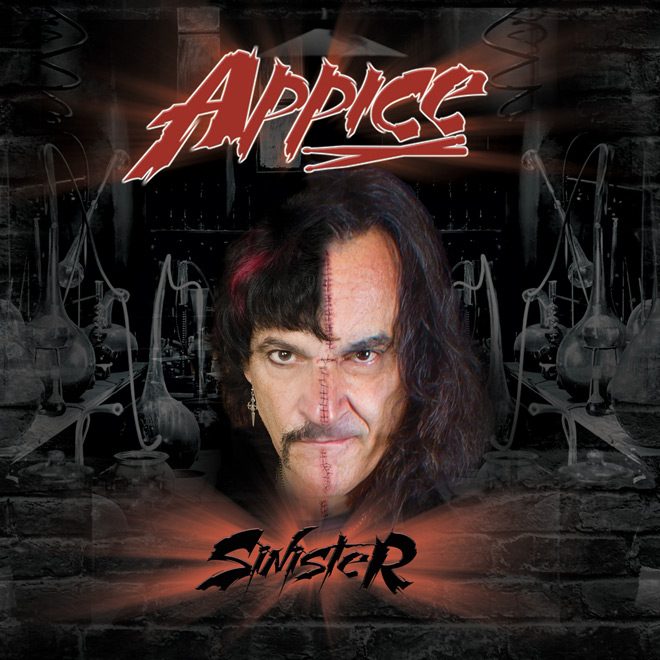 Chevelle – NIRATIAS (Album Review) The Crown – Royal Destroyer (Album Review)
Like the in-depth, diverse coverage of Cryptic Rock? Help us in support to keep the magazine going strong for years to come with a small donation.