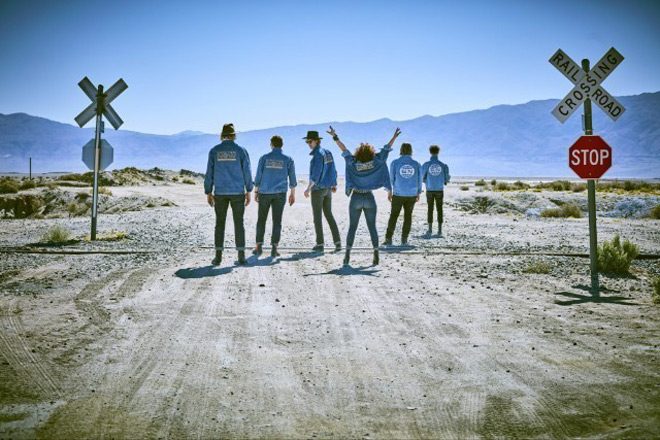 To use the cliché, Arcade Fire was one of the fledgling bands in the 2000s that caught the Alternative/Indie music world by storm with its unique brand of music. This may be attributed to its style having been founded not merely on Rock and Pop but rather on an amalgamation of more progressive or rootsy types of music that included Art, Glam, Folk, Country, World, Suburban, Northern Prairie, and whatever other elements the band’s members took fancy for.

Arcade Fire was formed in 2001, in Montreal, Quebec, Canada. Soon after the release of its critically acclaimed debut album, 2004’s Funeral, it immediately rose to prominence, leading the trail of equally adventurous Canadian bands that emerged in the same era, including Broken Social Scene (“7/4 Shoreline”), The New Pornographers (“The Bones of an Idol”), The Dears (“22: The Death of All the Romance”), and Stars (“Your Ex-Lover Is Dead”). Three more albums followed: 2007’s Neon Bible, 2010’s The Suburbs, and 2013’s Reflektor, further exhibiting the band’s penchant to experiment with various sounds and to use an arsenal of musical instruments.

Released on July 28, 2017, Arcade Fire’s fifth studio album, titled Everything Now, opens with the upbeat and engaging title track, which is oozing with early ’70s Disco Pop sensibilities, Abba style; the piano melodies carried the song flawlessly till the last note. Following in a similar vein, the funky “Signs of Life” sounds like a throwback to ’70s Action films. From Action Thriller, “Creature Comfort” takes the listener on a Science Fiction ride, with its pulsating beats and driving rhythm. Then there is the choppy and shimmering “Peter Pan,” whose vocal melodies hark to Arcade Fire’s early beginnings, in particular, “Rebellion (Lies).” Adorned with a bouncy horn section, “Chemistry” is a creamy cup of Ska with sufficient flavors.

The Arcade Fire collective turns frenetic once again with the very engaging and melodic “Infinite Content,” which is extended with a toned-down, starry Salsa mode of itself. “Electric Blue” shines through with its angular guitars, bouncy bassline, and falsettos, whose overall effect will remind the initiated of the purple Prince of musical revolution—guitar, voice, and all.

“Good God Damn” and “Put Your Money on Me” return again the listener to the bell-bottomed ’70s. The penultimate track, “We Don’t Deserve Love” is a slow ballad that relaxes the atmosphere but also maintains the energy with its catchy choruses. Finally, Arcade Fire wraps up its latest work with a breezy, spacey reprise of the title track.

Those who have been accustomed to the typical fuzzy and cacophonic tendencies of Arcade Fire, especially when pertaining to the band’s earlier albums, will certainly find themselves pushed out of their comfort zones while listening to Everything Now. Such surprise, either in a negative or positive way, will really boil down to personal taste and the individual listener’s openness to various palettes of sounds.

If you are the traditional type, then consider yourself having been invited to an initially unsettling but ultimately satisfying sonic feast. Conversely, if you love stylistically progressive music, then Everything Now will immediately catch your fancy, treating your ears to another bunch of delicacies by the powerhouse Canadian collective. CrypticRock gives Everything Now 4 out of 5 stars. 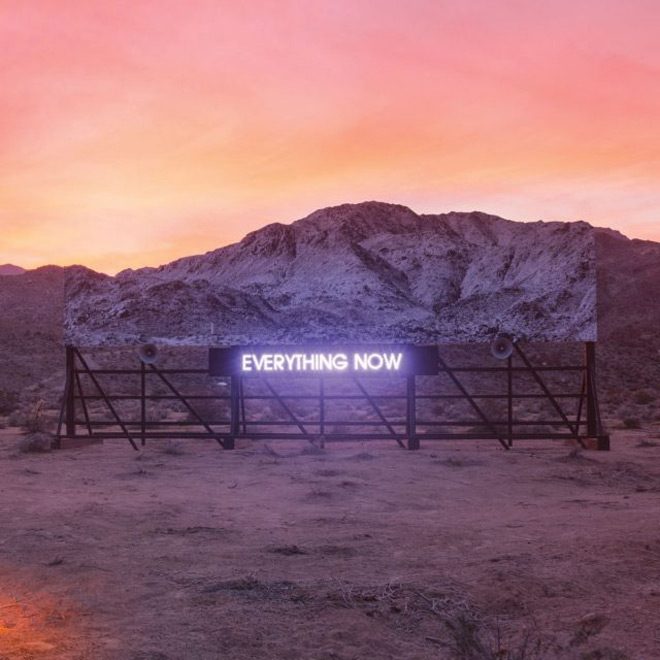