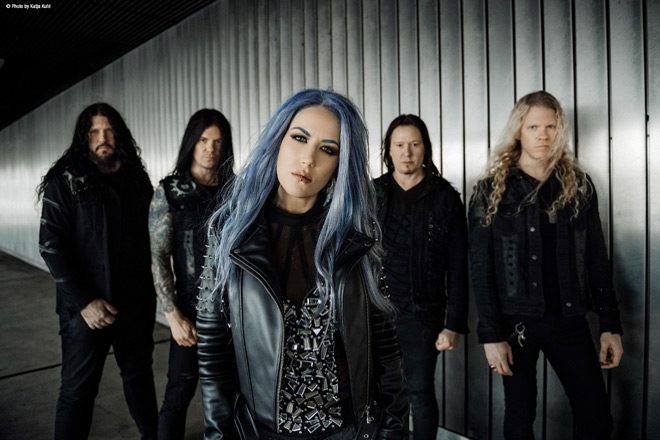 Over the years Arch Enemy has changed shape, alternating its lineup over time, and has shared the stage with several successful artists in Rock and Metal, including Trivium, Divine Heresy, Opeth, Machine Head, and more. After spending 14 years under the leadership and powerful vocal force of Angela Gossow, she stepped down to manage the band and Arch Enemy welcomed ex-The Agonist vocalist, Alissa White-Gluz to their fold.

With White-Gluz now at the helm, the band released their ninth studio album and first with her vocals, 2014’s War Eternal. Now, three years after its release they are back with White-Gluz still on vocals, band founder Guitarist Michael Amott, longtime Bassist Sharlee D’Angelo and Drummer Daniel Erlandsson, with ex-Nevermore Guitarist Jeff Loomis taking over for Nick Cordle. An exciting time for the veteran Metal titans and their followers, on September 8th, Arch Enemy fans will get a taste of their latest album, Will To Power, and the interesting new choices they have made with the record.

Released via Century Media, Will To Power opens with “Set Flame to the Night,” an instrumental track that sets the tone leading into the album. Will To Power begins with an engaging and charged intro that rolls seamlessly into the first full track, “The Race.” It is here that we get our first full throttle, Speed Metal taste from the Metal slayers. It is energetic and runs rampant, giving way to dirty Punk roots and thrashy influences. “Blood In The Water” follows this with a sound more akin to Arch Enemy’s signature style with soaring string overtures and White-Gluz’s grinding vocal grit giving the melodic guitars some well-balanced dirt.

At about a third of the way into Will To Power, listeners encounter the first single released from the album, “The World Is Yours.” This is a bouncing, rhythmic, clean string-laden anthem of positive reinforcement and self-empowerment. This seems to be the thread connecting the entire album: self-empowerment and overcoming adversity. While more hardcore Metal fans and old school Arch Enemy fans may scoff at this message and the approach the band chose to take in getting there, it does demonstrate their openness to change and willingness to personalize.

What is also likely to draw old-school fan ire is “Reason To Believe,” the one largely clean sung track on the album. While it does feature injections of White-Gluz’s raspy grit, it functions largely as a ballad on Will To Power and shines a light on the clean work she became known for in The Agonist. While her tone and emotion is pristine and poignant, Angela-era fans may struggle with its inclusion, but it would be foolish to ignore the talent, precision, and intention behind the song.

More on the point of personalization is the fact that White-Gluz did a “Lyric Dissector” video with Revolver talking about the reason and meaning behind writing “First Day In Hell.” She discussed how the song was born out of wanting to talk about her family’s experience, specifically her grandparents’ experiences, surviving the Holocaust. It is this kind of intense intimacy that can be felt in the moments of crystalline guitars and powerful lyrics on “First Day In Hell” and Will To Power as a whole.

Nearing the end of the album is “Dreams of Retribution,” which begins with lovely and clear instrumentals backed by ethereal and almost hymnal choral backing vocalizations. It is also here that we get out some of the best of Loomis’ contributions and skill on display. Although his talents can be found stashed throughout the album, it is here that his guitar literally sings and his talents shine. Rounding out the album are “My Shadow and I” and “A Fight I Must Win.” Both of these songs continue the theme of personal triumph and overcoming adversity, but there is something especially epic in the composition and infectious savagery in “My Shadow and I” that keeps the hype up enough to distract from the impending end of this journey.

When things do finally wind down with “A Fight I Must Win,” it is like the end of a Steven Spielberg movie as the sun rises above our heroes – triumphant, battle worn, and exhausted – the horizon extends to show the treacherous and dangerous landscape they have survived and the audience, as well as the characters, are wiser for the experience. It is cinematic, theatrical, dramatic and final. It is the final countdown (sorry Europe!) and at the end of this you are pumped, determined, and ready for the sequel. So, for taking a new approach and providing an unexpected journey, CrypticRock gives Will To Power 3.5 out of 5 stars. 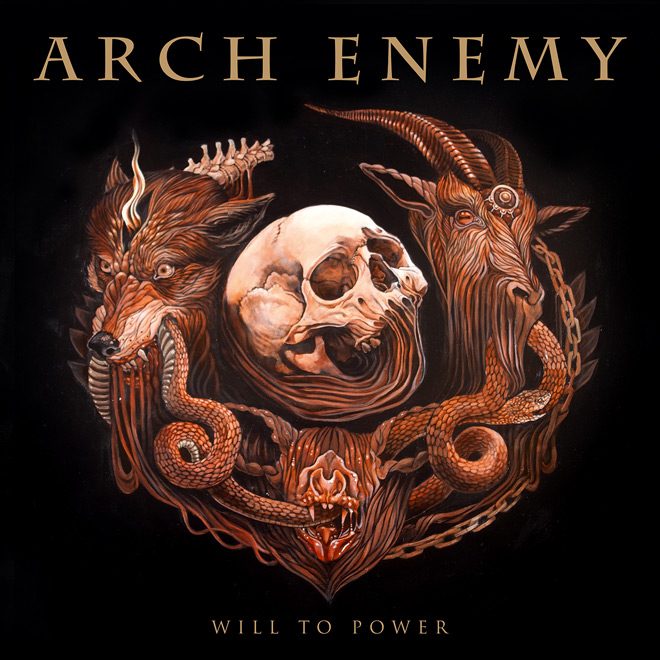