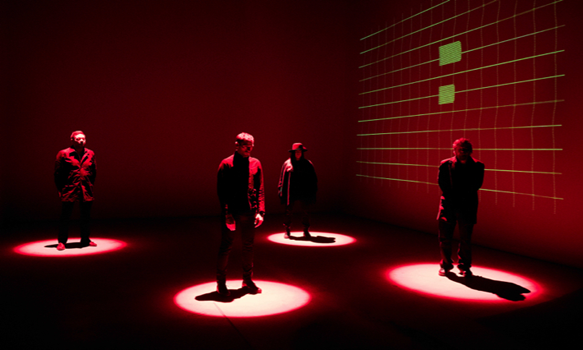 Way back in 1993, a newly formed band by the name of Archive sought to make serious ripples in the music world by combining several styles together. Based out of London, England, founding members Darius Keeler (synthesizer, piano, programming) and Rosko John (vocals, MC) were shortly joined by Danny Griffiths (synthesizer, samples, programming) and Roya Arab (vocals) in 1994. Going on to release their debut album, Londinium, in 1996, it was met with positive reviews. Mashing up Trip-Hop, Electronic, and Hardcore genres, among others, in 1997, Keeler and Griffiths resurrected Archive with Suzanne Wooder (vocals) as the new addition. Archive spent two years working together, and in 1999, they released Take My Head, incorporating Pop with more emphasis on the melodic aspects of Trip Hop.

Comparable in length to last year’s Restriction, The False Foundation begins with an easy rhythm, a sad cadence, and near whisper vocals. A modern style meditation, the mood is dark and shifting, even with the twisting, warped sound effects sprinkled around the tracks. Thereafter, “Blue Faces” features warbled, broken vocals that draw up images of a mature reminiscence, only found in emotions deeply felt, and regret permeates even to the soul.

From here, the album does not stay in the trance-like rhythm for long, as sharp snares and heavier rocking beats pick up the energy some in the next songs. For example, “The Pull Out” plunges the album deeper into the dark spacey vibes with watery effects and falling synth pieces. From here, songs glide easily from one to the next, morphing the energy of the album with ease. This seemingly forces a mind set to instrumentals, thus aiding the thought-provoking messages found in each track.

Furthermore, “A Thousand Thoughts” pulls the emotion back to broody with a chorus of gentle vocals, as if each voice represented a separate thought come together, coalescing into a single consideration. From here, the next few compositions ease back into a quicker tempo, and the gentle, hazy fog drifts in and out of each other. This is evident with “Sell Out,” which uses liquid effects while voguish beats and vocals merge together in metamorphosis. Twisting and turning, the album ends with a matter-of-fact attitude as well as a salute, as if to say goodbye to humanity, then returns to the melancholy feeling that first began the dream-like listening experience.

Overall, The False Foundation leads the listener on winding pieces of music of thought, ones which are meant to challenge current ways of thinking. Simply put, Archive sets the stage superbly with pulsing instrumentals and lyrics that simultaneous complement the beat, drawing attention each song’s meanings. For this reason, CrypticRock gives The False Foundation 5 out of 5 stars. 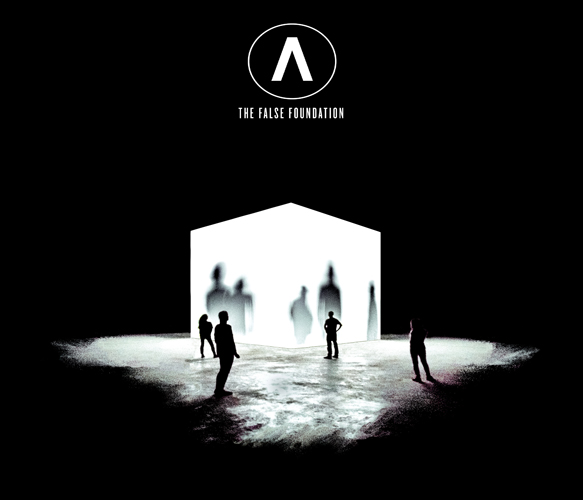