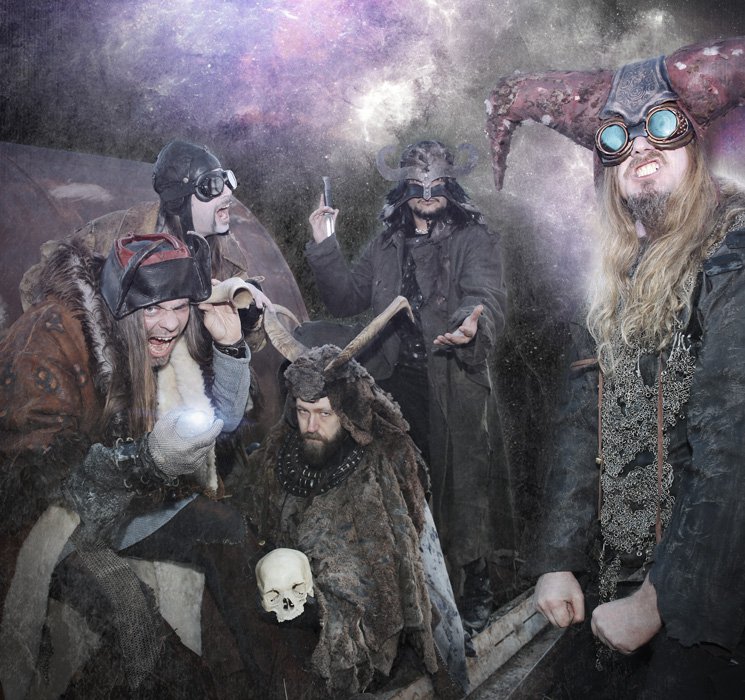 At the dawn of the 1990s, a movement of music and ideology emerged from Norway which became known as the second wave of Black Metal. Regimented, extreme, and as serious as its progenitors in KISS and Venom were flippant, it took Bathory, Hellhammer, and Sarcofago and jammed them together into something altogether more sinister.

Over the next several years it grew, and after churches were burned and hate crimes adjudicated, something else began to come to light. Many of the boys who began the movement, now young men, could compose stellar music and could actually play the hell out of their instruments. Raised as much on Wagner and Malmsteen as they were on Kiss and Bathory, a few in particular possessed a brilliance that the rigid structure of traditional Black Metal simply could not contain. One by one, the stalwarts went strange, challenging their fans and breaking away from the norm. One such collective called themselves Arcturus.

Occupying several limbs of the Norwegian scene’s prosperous tree, the core of the band revolved around Steinar ‘Sverd’ Johnsen and Jan Axel Blomberg, better known to the world as Hellhammer. Playing keys and drums respectively, the latter individual had already cemented his infamy as the percussionist of Mayhem. Sverd was simply a brilliant, classically trained composer, and once they surrounded themselves with other amazing musicians, Arcturus shined as brightly as the star for which they are named.

Over all the intervening years, Arcturus has managed to release just five studio albums. The fifth one, entitled Arcturian, was released May 26th, a whopping ten years after its predecessor, Sideshow Symphonies. Having been blessed with amazing vocalists (Krystopher ‘Garm’ Rygg of Ulver fame handled vocal duties up until 2002) Arcturus once again employs the services of Simon ‘I.C.S. Vortex’ Hestnæs, (Borknagar, Lamented Souls, ex-Dimmu Borgir) one of the most versatile, amazing vocalists in the entire storied canon of Heavy Metal music. Contributing guitar to the album was Hugh ‘Skoll’ Mingay and on bass guitar, the inimitable Knut Magne Valle. Both of these men have spent a lot of time with Arcturus in the past, and the feeling going into Arcturian was that once again, a highly motivated and longtime group was getting together completely on their own terms. The music they made can best be described as Progressive Metal with elements of Electronica, Black Metal, and Neoclassical arrangements, projected through a kaleidoscope of zany conceptual turbulence peculiar only to Arcturus. How this band has managed to take the concepts of a circus freak show and combine it with being stranded in outer space is almost beyond comprehension.

Arcturian makes itself at home in the listener’s mind, but not before making said listener slightly uncomfortable. The pedigree within the band is inarguable, and the tendency to assume Arcturus has a musically strong relationship to Black Metal might still be tempting. Some traditionalists might be uncomfortable with the night club intro to album opener “The Arcturian Sign,” but unlike so many bands who combine electronic elements with Metal, Arcturus pilot these strange skies with precision and aplomb. Melodies abound, led by the magnificent voice of I.C.S. Vortex. Hellhammer and Sverd combine on the song with seamless transitions into blast beat territory, the keys adding an orchestral bombast worthy of Wagner himself. The elements used may be disparate, but here they are integrated so naturally as to make one believe this mix is the norm, rather than the exception.

On “Crashland,” the dream-like melodies dance with some of Vortex’ best vocal lines ever. The song is both infectious and progressive, with noodling guitar and wandering keys conflating into an album highlight with the perfect amount of orchestral bombast to uphold, but never choke out, Vortex’ voice. For those fans wishing to hear more of the Black Metal side of things, “Angst” delivers that in spades. Progressing like a Dimmu Borgir-type composition, the upbeat pace showcases the flawless playing of Hellhammer perfectly. Norwegian sung lyrics help set the mood, and then the song blasts off with the pompous bombast of Black Metal. Wagnerian keys battles with solos and blast beats as Vortex peppers the listener with distortion soaked screams.

Arcturian will not be remembered for blast beats, though they are done so well. It is “Warp” and “Game Over” which truly take the breath of the listener away. Sverd’s heady keyboard compositions in the former song are held aloft by some more stunning vocal melodies. The keyboard melody solo, like the best use of the moog on Amorphis’ seminal Tales From The Thousand Lakes, is a wonderful addition adding to the celestial aspect of Arcturus’ spacey Prog. The listener is treated to entirely different tones on these leads, and it only grows more captivating with repeated listens. On “Game Over,” Arcturus give us perhaps their most melancholic moments. The emotion in Vortex’ vocals is conveyed beautifully, as the creative lads find yet another way to articulate the nihilistic feelings of the end. Tragic, beautiful, flooding your senses like a solar sunrise seen from orbit, it is truly some breathtaking tunes Vortex has written here. (He gets credit in the album for these two songs as well as most of the lyrics for the other compositions). So a band as capable of electronic forays into ambiance and dance beats as they are of Black Metal madness creates one of the more emotive, effective Progressive Rock songs one will hear this side of Rush.

On “Demon,” Arcturus venture into territory similar to the post millennial output of Swiss Dark Metal maestros Samael. With a drum-n-bass beat foundation, Arcturus manage some of their intergalactic guitar leads before blending it all into another moribund set of melodies in perfect harmony with those dance-hall beats. The song is brief, effective, and still captures all the emotion one could ask for. Sverd again caresses the listener with his quick-fingered piano phrasing. Vortex again turns the microphone into a living thing, his stunning voice soothing and taming the beats without quelling them.

“Pale” gives us a J.R.R. Tolkein quote built around a mid to slow paced progressive treat of a song, driven again by Vortex and his unmatched skill at taking a stanza and turning it into another gem. “The Journey” is a cool drift into ambient textures, peaceful and interlude like, but not really breathtaking other than the violin going on in the background.

The last two regular songs on Arcturian come in the form of “Archer” and “Bane.” The former is very reminiscent of that last album Sideshow Symphonies, on the slower end in pace and while consistent with the rest of the album, feels just a tad bit uninspired. Even so, the overall strength of the elements Arcturus use keeps it from failing. “Bane,” on the other hand, takes Arcturus back to those heady days of 1997’s La Masquerade Infernale, with theatrical meandering and all manner of quirkiness to the melodies.

The bonus version of Arcturian comes with eight remixes, including two of the song “Angst.” This might make some traditional Metal fans cringe, and in truth, some very notable extreme acts have tried this and failed. With Arcturus, well, looks like they can remix songs into DJ approved club tracks worthy of the raviest raver too. Each song is well-constructed; no one took these tracks and simply tossed some beats and samples into them.

Arcturian, whatever the more close-minded fans of extreme music say, is a smashing success of an album, making plain that no matter the length of time between albums, Arcturus is one of the most compositionally brilliant bands out there. Occupying a very small list of bands whose skill as musicians is as well-developed as their songwriting acumen, one can only hope that this new deal with Seasons of Mist foreshadows a higher degree of activity from this obscure troupe of jesters and minstrels. CrypticRock gives Arcturian 5 out of 5 stars. 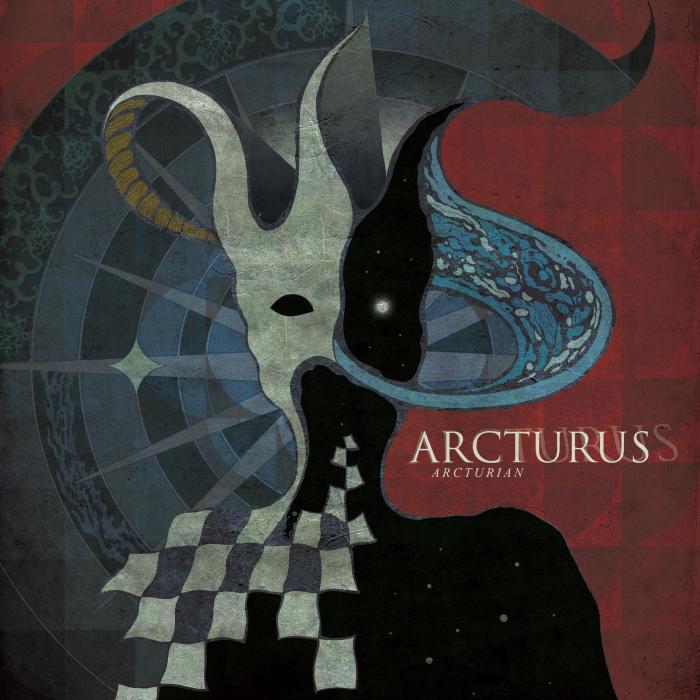