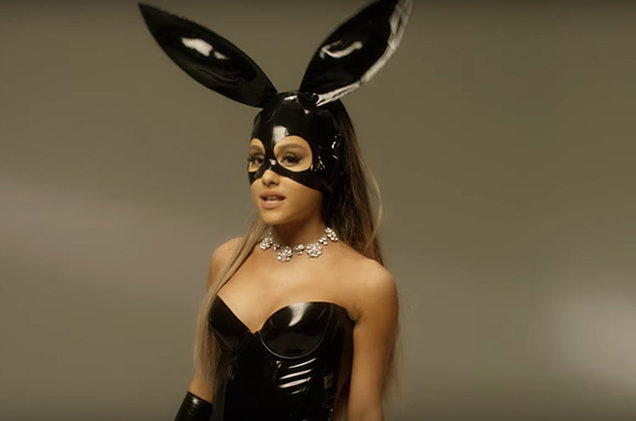 Singer/Actress Ariana Grande has become one of the hottest Pop stars in the music industry. With her wide vocal range, she has garnered two American Music Awards, Music Business Association’s Breakthrough Artist of the Year, an MTV Video Music Award, two MTV Europe Music Awards, and two Grammy Award nominations since her 2013 debut album Yours Truly.  Compared to the likes of Mariah Carey, with her wide vocal range, Grande’s talents even found her dubbed one of the Time’s 100 most influential people in the world in April of 2016. With all that said, Grande is back in 2016 with her new studio album, entitled Dangerous Woman. Marking her third album in four years, Dangerous Woman came with a great deal of anticipation upon its May 20th release via Republic Records. Beginning work on the tracks of Dangerous Woman following the release of 2014’s My Everything, Grande managed to balance working in the studio while on tour through the summer and fall of 2015. With time precious, many decisions had to be made such as deciding on which singles to release, and of course, the title of the record. Typical pressure for any recording artist, the album already has hit # 2 Oricon Albums Chart in Japan, and is bound to make a massive impact in other regions shortly after its release.

Opening up with a slow and easy organ, sentimental sound that sets a soothing mood is the track “Moonlight.” This leads right into the title track and single “Dangerous Woman,” projecting certain themes that includes lyrics of empowerment and confidence from being in a relationship with someone else. Complemented by a Rock-n-Roll guitar solo, it gives listeners a heavy dose of feminism. Next comes “Be Alright,” an R&B styled cut. In addition, there are influences of Dance Pop and Disco, making for a carefree atmosphere.

The album’s second smash hit single, “Into You,” follows and it is arguably the catchiest of the bunch. With an EDM vibe, it is a song that would get anyone onto the dance floor within seconds. This goes into “Side to Side,” which features Nicki Minaj, bringing together a Reggae infused track. Lyrically about pursuing love interest regardless of what your friends think or how they feel, it is a sexual innuendo. Then, “Let Me Love You” features Lil Wayne, her first collaboration with the rapper, and it is a slower and sexier song that is rumored to be about Grande’s breakup with her ex.

Keeping the album diverse stylistically, “Greedy” is a funky uptempo track that simply explains Grande is greedy for love. Then, with the help of a guest appearance of Macy Gray, “Leave Me Lonely” brings back an R&B sound with keys and a choir in the background. Thereafter is the fourth and final collaboration for Grande on Dangerous Woman when she teams up with Future for “Everyday,” a flirty track with an electric vibe that solely is about a couple’s sexual intentions. Thereafter, “Bad Decisions” comes with a Hip Hop and Pop flair where Grande speaks about her lover that makes her feel right with his dangerous love, resulting in her making, well, bad decisions. This leads to the finale and the eleventh track of Dangerous Woman. With the airy “Thinking About You,” Grande croons over heartbreak and memories of lost love.

It would be inaccurate to say that Grande has solely matured and produced sounds that audiences have never heard. With that in mind, Dangerous Woman brings maturity and honesty, self-identifying who Grande is as an artist, thus knowing what her purpose is. Perhaps that is exactly why she decided on the title Dangerous Woman, because dangerous can mean being one’s self and finding truth within that. Every song is catchy, while the vocals are powerful and emotional. With excellent collaboration and production, it is overall a smooth listen from start to finish. For that reason, CrypticRock.com gives Dangerous Woman 5 out of 5 stars. 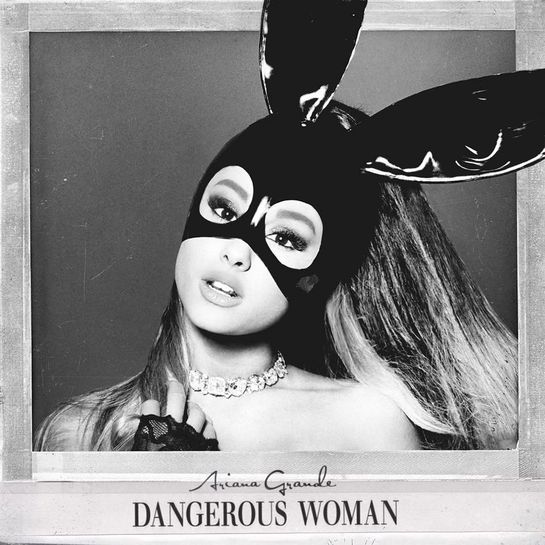