Army Of The Damned (Movie review) 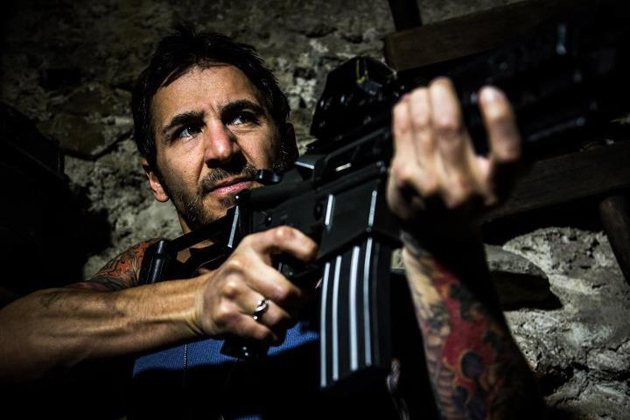 Army Of The Damned is directed by New England native actor/director Tom DeNucci and a Chad D. Verdi Production. With an interesting cast, headed by horror fan favorites Tony Todd and Michael Berryman, it also features Godsmack vocalist Sully Erna in his film debut. Adding more musicians to the mix, DeNucci cast pop group ‘N Sync member Joey Fatone for the film as well. Without knowing anything about the film itself, these names are a drawing card for rock and horror films worldwide in name alone.

Army Of The Damned follows a similar style to the Grave Encounters 1 & 2 (2011-12). With a reality show filming within the movie, the story is set in the small quiet town of Salem County, MA. Reporter Kayla (Jackie Moore) and camera man Dave (Joey Fatone) arrive to film an episode of the popular show, “The Force”, with Sheriff Bridges (Sully Erna). Sheriff Bridges laments about his time in the big city, how there is no action in town, and he took over command after his father’s passing. That uneventful period ends quickly when Bridges gets a call from his deputes after checking out an alleged domestic disturbance out-of-town, only to find a family brutally murdered. Bridges and the film crew visit the scene in hope of finally getting some action. Their sanity quickly unravels as things become weird, creepy, and bloody. The house evidently has as an ancient evil lurking within, affecting and possessing most everyone which enters. The presence of a zombified girl and disappearing bodies pile onto the mystery, making for a wild ride.

While the storyline and ending of Army Of The Damned is predictable, there is still plenty of action which keeps the film moving quickly. No questions are left answered and all twists are tied up nicely, leaving you satisfied as a viewer.  Army Of The Damned is not a fantastic film, but not terrible by any means.  It is definitely worth checking this one out if you’re in the mood for some good fun. CrypticRock give this movie 3 out of 5 stars. 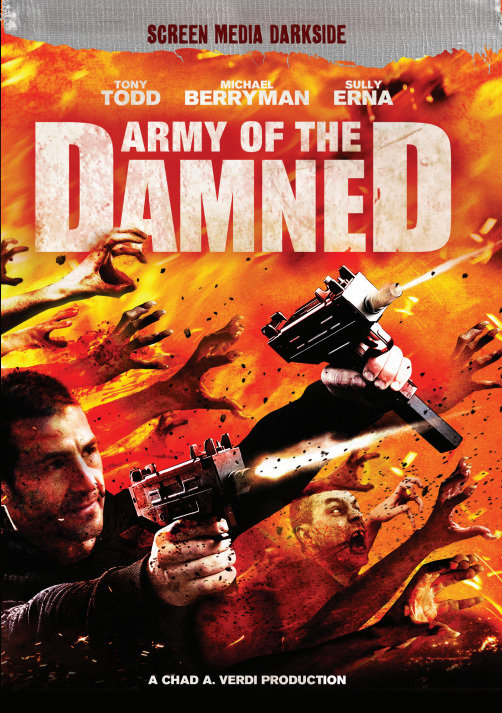 We Need To Do Something (Movie Review)
Like the in-depth, diverse coverage of Cryptic Rock? Help us in support to keep the magazine going strong for years to come with a small donation.
Print page
0 Likes