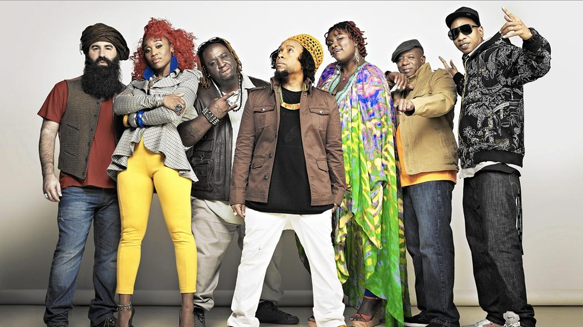 Grammy winning Hip Hop group Arrested Development continue to invent relative and quality music over two decades after their formation. Finding new and exciting ways to reach dedicated and new fans, in 2016 they have released two new records, the first being Changing the Narrative, and the second, This Was Never Home. First dropping the smooth Hip Hop grooves of Changing the Narrative in mid-February, the 13-track good vibration album gave promise of more to come. With band leader Speech, along with Za and JJ Boogie, co-producing the music, This Was Never Home dropped quickly after Changing the Narrative. Along with other bandmates – Dancer/Singer Fareedah, Singer Tasha LaRae, Singer/Sampler 1 Love, and Drummer Smok – as well as special guests Khao Cates, Nana Binghi, Daunta, and Toy Matthew, Arrested Development once again have created 14-tracks of positivity to cut through the world’s negativity.

First up is the track “Act a Fool,” which features Independent Rap Artist Kevin “Khao” Cates. Cates comes in spitting lyrics at break-neck speed accompanied with some crisp old school bass as underlying turntables round out the melody. In this opening track, there is a feeling of living life’s experiences like there is not a care in the world. Next, “Each Generation” features Independent Reggae Singer Nana Binghi with a straight Caribbean/Hip Hop flavor that will make listeners want to dance. The track express a feeling of hope with the group singing about each generation having the ability to make a change for the better. Moving on, “Ego” has a funky beat with a percussion line that is present enough to accompany the vocals that are the real showcase here. Lyrically, the songs speaks about a relationship taking two people, with not just one being the center of attention. The Funk vibe continues on “Follow That” with a brass section and bassline melody as words convey the values of family tradition.

With a high tempo Hip Hop beat and hollow bassline, “Front to the Back” comes in aiming to get listeners dancing while, at the same time, bringing people together regardless of class. Thereafter, the track “The Harvest is Here” has a Swing/Funk flavor as the vocals are delivered with Arrested Development rapping about the gifts in life and not taking them for granted. Then there is the electric piece “In Line” that begins with simple spoken words as the piano and electric guitar rise. Continuing the positive vibes, “In Line” is about living a life of progress instead of staying stagnate, or even worse, regressing. This is before the light Funk riff that brings in “Let’s Go,” which features Independent Singer/Songwriter Daunta. Here, Daunta’s lyrics deliver a message of communication and love while the backing sound of the track features an R&B vibe.

Fitting the message of the album, Toy Matthew’s singing rings in on “Out of the World” with a light Reggae vibe before the straight Hip Hop beat takes over. Accompanied by Arrested’s brand of harmony, this is about spreading love instead of the easier hate. Then Cates returns to sing on “We Rolling,” a sexy detour with a head-bopping beat that also lends itself to couple/club dancing. Daunta returns for a last hurrah on “Suit Up,” which has a ’70s Funk flavor complemented by laid back lyrics, sung and rapped, that are sharp as well as strong in another upbeat tune of weekend fun.  This comes before the repetitive beat and siren sound of “Trauma” which is laced with a poetic vocal delivery by Speech, juxtaposed lyrics of profiling and other unprovoked prejudices that could break anyone down.

Moving along smoothly, a mid-tempo beat brings in “Up” with a double-time delivery. Matched with a retro melody that wraps itself around the forward beat, it follows along with the message of progress, no matter the origin. Bringing the album to a close is “Weight (Off My Back),” and in true Arrested Development form but with a harder-edged as the assertive melody kicks in. Featuring a direct message of not burdening one’s self with others’ hang ups, because everyone has their own issues to deal with minus someone else projecting their own negativity on them. 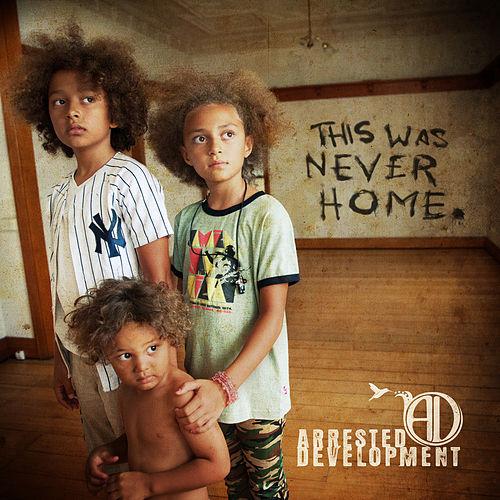