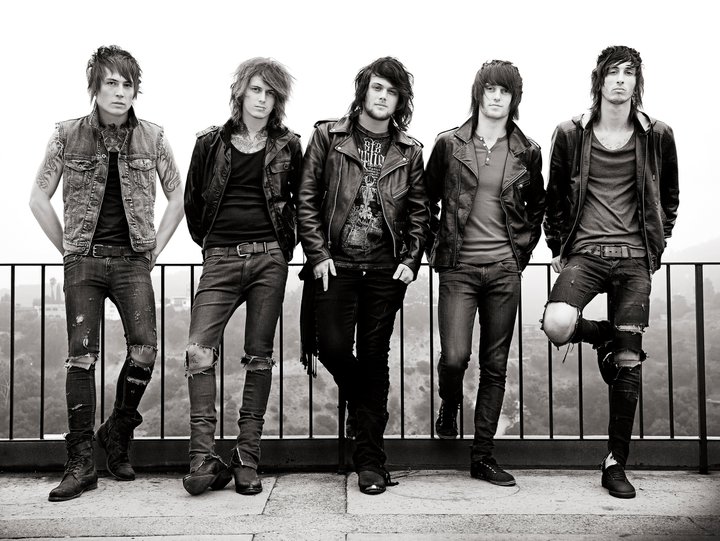 The UK has been notorious for producing some of the greatest rock bands to ever walk this planet. The Beatles, Queen, The Who, Led Zeppelin, and guess who … ASKING ALEXANDRIA are all English rockers who refuse to let their legacy die. Some people may revolt against having Asking Alexandria in the same statement as those other rock icons, but Asking Alexandria has quickly rose and is still rising to be the kings of the metalcore/metal/hard rock genres. Asking Alexandria’s lead guitarist Ben Bruce founded the band in 2008 and they proceeded to release their debut album Stand Up and Scream in September 2009. The album made 170 on the US Billboard 200 but the band knew they could do better tenfold. Hard hitting songs from the album such as “The Final Episode” and “Not the American Average” still are rocked out live for the fans from the beginning, and some skulls are still cracked moshing to them! The year 2009 was more of a year for them to get their name out there in the US. They toured as much as their head banging, hard partying bodies would let them! Asking Alexandria then put out their 2nd studio album Reckless and Relentless in April of 2011 and proved to all the critics and haters that they would not stand to be called a one trick pony. They performed the songs “Closure” and “Someone Somewhere” live on Jimmy Kimmel to make their nation TV debut, and if you think that’s outstanding just wait until you hear this … by the end of summer 2011 Reckless and Relentless went double platinum selling over 2 million copies worldwide! Not to mention the album debuted at 9 on the US Billboard 200! Asking Alexandria had a full head of steam and was ready to sky rocket. Towards the end or 2012 lead singer Danny Worsnop had torn his vocal cord and was unable to finish some tour shows and the completion of their much anticipated 3rd studio album. After very delicate visits and treatment with a vocal specialist Danny was able to heal up and get everything back on track and finish their newest roaring masterpiece From Death to Destiny where he exclaims “Now I’m back and I’m better than ever!” in the hit single “The Death of Me”.

From Death to Destiny was released August 6th and debuted at 5 on the US Billboard 200 and 1 on the US indie charts. This band refuses nothing less than rising results! The album opens with a personal hard hitting song called “Don’t Pray for Me” which has you throwing your fist in the air as the song quickly transforms from the intensity of violins to the elaboration of the heavy metal we all know and love. It may be in fact the most unique song Asking Alexandria has ever put out, and I mean this in the best of ways. In this song are excerpts from a Seattle show in 2011. Danny, who has battled drug and alcohol abuse, had gotten drunk before the show had even begun and could hardly stand on his own two feet as the task to perform was seemingly unbearable for him. The crowd proceeded to chant “Drunk piece of sh*t!” and Ben Bruce asked the crowd if they prefer Danny the way he used to be or the way he is now and to help him put his best friend through rehab. And you’ll hear all of this in the song along with a rough rocking head banger which is why I find it so intricately put together. Following right behind it are all three singles the band released in a row with “Killing You”, “The Death of Me”, and “Run Free”. All nailing you in the face directly with heavy guitars and screams similar to a lions roar, yet the chorus’ are beautifully sung. You can actually listen to “The Death of Me” in two different ways! You can hear it in all if it’s hardcore entirety or you can hear it in its rock mix in which everything is sung opposed to screamed, and it’s actually straight up rock and roll! The band actually prefers and chooses to perform the song that way on stage. Soon after on the album you have a track called “Poison” where you don’t even get the courtesy of a breather in between songs because Danny is screaming at you the absolute second it begins “Incompetent son of a bitch, Keep your tongue tight. Cut your losses. You’re on thin ice, so tread light”, and then a few other things that I’m going to stray away from writing here but you get the picture. This rapid fire metalcore song may remind some of you of the Asking Alexandria from the past few albums with just an improved Danny! The next song I’m about to talk about is a favorite on the album, and maybe fan’s favorite Asking Alexandria song has ever written, but “White Line Fever” has revolutionized what this band is truly capable of. The elaboration by which the creativity of these lyrics were written and put to music is mind blowing. The song begins with a quite respectable opening guitar and then the lyrics follow as, “As I breathe my disease brings me to my knees, All you need is a taste it’ll set you free, Your infection’s my discretion honey, one and the same, Counting seconds till I’m medicated, f*cked in the brain!” If you cannot feel the quality of writing as you hear the song and comprehend how far Asking Alexandria has come in all aspects of an artist then I don’t believe you’re a true legitimate fan. The next two songs “Moving On” and “The Road” are less of metal song and more towards the region of hard rock ballads. They’re both such tastefully and clearly sung songs you would have never guessed this was a metalcore band or even the same Danny Wornsop with such a newfound quality singing voice. If you understood how far this singer has come, you would feel as touched as I do when I listen to these songs. This is the passion fans have for music and they want you to feel how impactful such songs and journeys you take with the bands you follow can be. The album concludes with a genuine surprise for the listener! The final song “Until the End” is featuring none other than Killswitch Engage vocalist Howard Jones! Danny Worsnop and Howard Jones singing and screaming in the same song is possibly the biggest treat metal fans could hear this year. Not many people would have expected it or could picture what it would even sound like. A metal icon and an uprising icon come together and give you memorabilia in the form a song you won’t soon disband from your memory.

If you haven’t heard of Asking Alexandria or bought this album then start listening and start emptying your pockets. On the special edition of the CD sold at FYE there’s a bonus track titled “Dead” and an acoustic version of the Reckless and Relentless song “Someone Somewhere” sung by Ben Bruce. They’re still a few show dates remaining left on their tour with Korn, and then they’ll be again headlining their own US tour shortly after so there will be plenty of opportunities to head out and watch them burn down a stage! They’ve taken over the UK, they’ve taken over America, and it’s only a matter of time before the rest of the world is in their inner grasp. When that happens you don’t want to be on the outside of that. You’ll miss out on the new future of metal and rock and roll! CrypticRock gives this album 5 out of 5 stars! 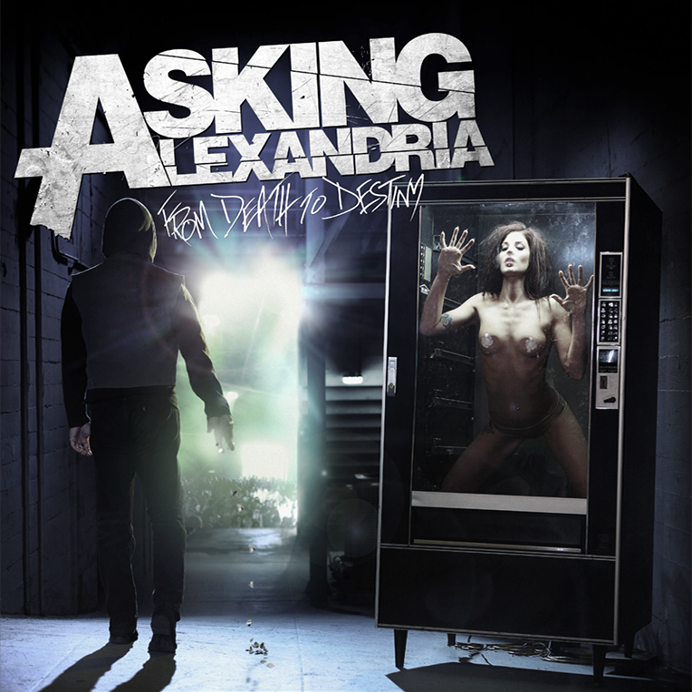 Asking Alexandria – See What’s On The Inside (Album Review)
Like the in-depth, diverse coverage of Cryptic Rock? Help us in support to keep the magazine going strong for years to come with a small donation.
Print page
0 Likes