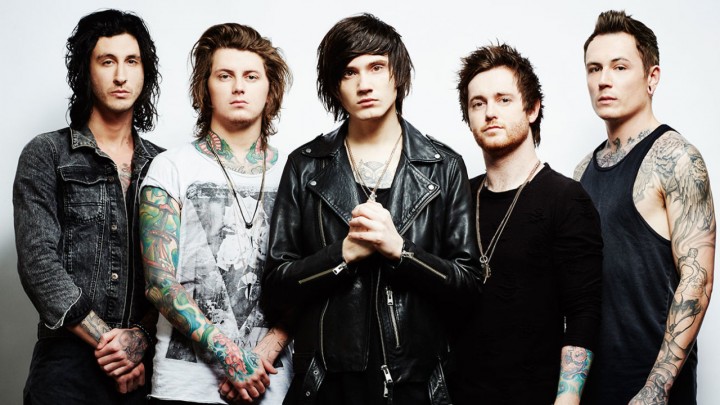 Just a group of guys coming together with nothing but the hopes of creating music and having a good time, has turned into so much more than expected. Overcoming major obstacles and self-conjured demons, Asking Alexandria has grabbed hold of their instincts and rose to the top. Forming in 2008, this York, New Yorkshire group has quite literally been through hell and back, while making noteworthy music in the midst. Founded initially by Ben Bruce (lead guitar and vocals), and past frontman Danny Worsnop, the band, consisting of James Cassells (drums), Cameron Liddell (rhythm guitar), and Sam Bettley (bass),  transformed into a plethora of sex, drugs, and Rock -n- Roll. With three studio albums- Stand Up And Scream (2009), Reckless & Relentless (2011), and From Death To Destiny (2013)- and a large amount of touring from Worsnop, it was time to move on to a new path in his life. Abandoning Asking Alexandria for We Are Harlot, he left fans feeling skeptical about who would fill his position. Taking matters into his own hands, Bruce went in search for a new lead vocalist, leading to Ukrainian Vocalist Denis Stoff.

Taking a turn in their career, a new member meant a new start, and it definitely opened doors to hidden creativity. Already having an idea of who Asking Alexandria was, Stoff was welcomed with open arms from the band and fans. Leaping into this new aspect of their lives, the ensemble quickly went into writing and recording their fourth full length studio album. The Black, released March 25 via Sumerian Records, left listeners speechless.

The album commences with “Let It Sleep,” a track that catapults listeners into the minds of Asking Alexandria. Jumping right into the madness, this song signifies everything that group has to offer. It is heavy, featuring dense guitar parts, screaming vocals, and substantial drums. With the signature switching between clean and heavy vocals, it confirms the rumors of the albums complexity and individuality. The titles track off the album, “The Black,” features the same setup as the track before. The song also highlights chanting, with a touch of Techno filled vocals, continuing with a softly sung outro building as the ending nears.

The first single off the album, “I Won’t Give In,” was first heard by fans May of 2015. Being the first impression of Stoff, the fans instantly took an interest. From start to finish, the song showcased heavy screams and instrumentation, alongside lighter vocals and background music, highlighting Stoff’s music range and talent. “Sometimes It Ends” begins with Bruce talking about moving forward from Worsnop and continuing on by rewriting a lot of the lyrics with Stoff, behind light background music. The song then picks up with rigorous vocals and orchestration, sometimes getting softer and lighter, but then picking right back up again. Towards the end of the song ,it pans back to Bruce, speaking about putting his energy towards making the album great and not focussing on the negative aspects of his life.

Starting out slightly sinister and haunting, “The Lost Souls” is the tour de force of The Black. With creepy instrumentation and dark vocals, it is definitely a track to get lost in. Continuing on with “Just A Slave To Rock ‘n Roll,” this song demonstrates clearly defined lyrics alongside bursts of guitar. This track in richly textured and lives to the hype of the rest of the album.

Shifting the tone, “Send Me Home” is a soft and blissful song. Filled with lush harmonies and poignant lyrics, this is a track to remember. Stepping forward in the group’s sound, this track shows the more vulnerable side of Asking Alexandria. The antithesis of the track before, “We’ll Be Okay” is heavier and more complex. Still showing a different side of lyrical writing, the song is definitely memorable. “Here I Am” starts calmer than most, with background vocals to lead listeners into the music. The song is about showing who you really are and being proud of it. This track is as satisfying as it is relevant. A slow tempo, featuring sad, mellow orchestration, “Gone” is truly beautifully mastered. This track showcases woe and a whole new side of the group. With a piano counterpart to the vocals, being backed up by violin, the track is a wholly unique venture.

Jumping to the next track off of The Black, “Undivided” kicks in with intense screaming, leading to a catchy chorus. The song ends with the chanting of “we stand together,” which perfectly sums up the track. “Circled By The Wolves” concludes The Black, leaving listeners wanting to play the album again. This song is an exemplary way to end the album.

Grasping old and new attention, Asking Alexandria is surely back and better than ever. Sticking to their Heavy Metal roots, the group has kept a nostalgic sound while incorporating more meaningful lyrics, leaving listeners engrossed in the music. A stunning debut to Denis Stoff and the future of the band, CrypticRock gives Asking Alexandria’s The Black 4 out of 5 stars. 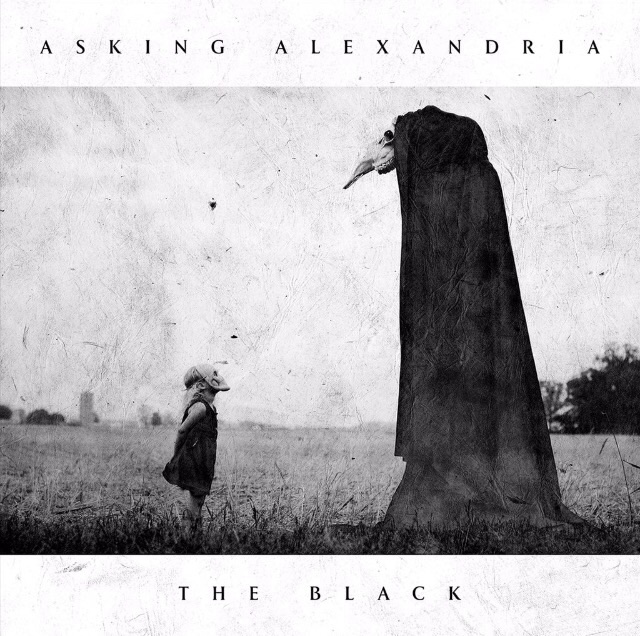