To be a “sick and perverted individual” without destroying your reputation these days is virtually impossible. The adjectives, “sick” and “perverted,” are, by and large, relegated to rapists and child molesters. Usually if you are branded one or both, your existence in polite company is effectively terminated. That is why when someone pulls off being both “sick” and “perverted” without being judicially obligated to introduce themselves to their neighborhood when they move in afterward, it is monstrously impressive and usually hysterical. Assholes accomplishes this without breaking a sweat. 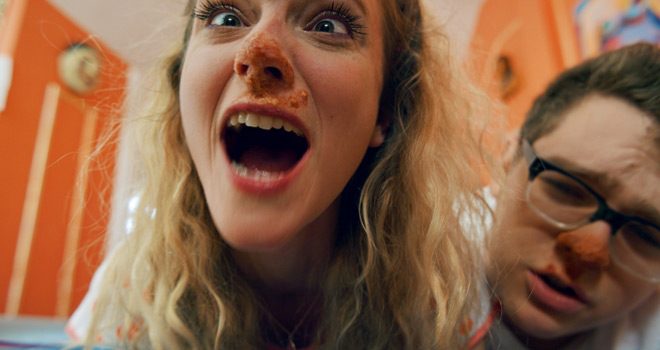 As the directorial debut of Peter Vack, a star of the Mozart In The Jungle series, Assholes, initially released on March 11, 2017 at SXSW to a curious – and afterward, nauseated – audience, it earned the very first ever Adam Yauch Hörnblowér Award, created to “honor filmmakers whose work strives to be wholly their own, without regard for norms or desire to conform.” Then, later in the year, followed a limited theatrical release from Factory 25 before making its way to DVD/VOD on October 24th through Breaking Glass Films. With all this in mind, Assholes has little regard for anything, let alone norms or conformity.

The only norm that – if you can even call it that – Assholes follows is not the plot itself, but that it even has a plot. The story follows neurotic couple, Adah Shapiro, played by the real-life sister of Peter Vack, Betsey Brown (The Carrie Diaries series, Muckland 2015), and her boyfriend, and later husband, Aaron Mark, played by Filmmaker Jack Dunphy. The two meet in the office of their mutual psychoanalyst where Adah laments about her brother, Adam, played by her real-life brother, and Vack, whom she has been in competition with for parental attention and Aaron pornographically explores his infantile anal fixation.

After their respective therapy sessions, they meet for dinner and promptly have unprotected sex in the bathroom, despite the blossoming sore on Adah’s lip. From there, the film not as much traipses down a rabbit hole and falls into a miles-deep sinkhole of gonzo psychosis wherein the couple get addicted to snorting poppers to a point where their noses are ripe to fall completely off, they gorge themselves on each other’s anuses, Adah rectally gives birth to an adult demon that they colloquially call Mephi (Eileen Dietz: The Exorcist 1973, Naked In The Cold Sun 1997), they terrorize the streets and street folk of Manhattan, turn into literal assholes, and are the subject of a simulated episode of Intervention. The whirlwind of depravity is dizzying and wholly impressive. 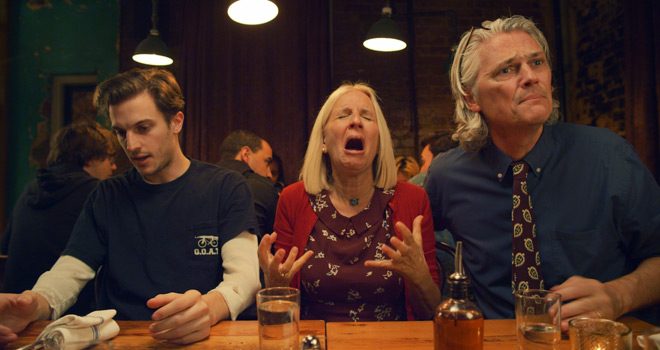 Assholes knows exactly what kind of film it is. It is a self-referential and meta gross-out that exaggerates for the sake of exaggeration. When you learn that the people portraying his psychoanalyst parents in the film are Vack and Brown’s actual psychoanalyst parents, it gets even more disgusting since there are lingering sequences of their daughter, naked, getting her anus eaten. The fact that so much of Vack’s real family and their actual occupations are featured begs the question: what percent of this is non-fiction?

There are long and intimate closeups of Aaron’s herpe-encrusted penis and all manners of stomach-turning fecal imagery. The scenes of Adah and Aaron, out of their minds on poppers in the streets of Manhattan are real and shot guerrilla-style; Aaron, without breaking character, narrowly escapes getting into physical altercations more than a few times, but people genuinely don’t want to touch him due to the overtly popper-rotten nose and sore-caked lips. 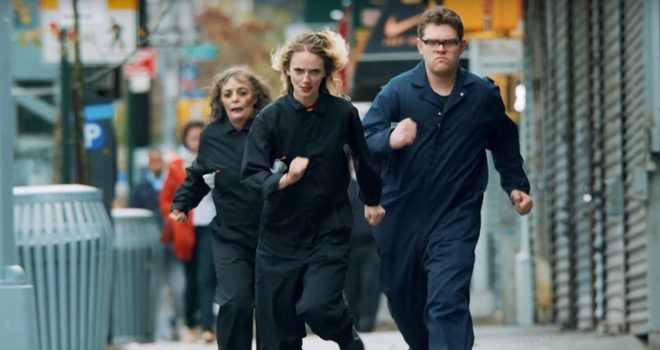 Cinematographer Justin Zweifach jam-packs Assholes with various interesting angles and camera tricks, albeit sometimes pointlessly. For instance, when we meet Aaron, he is embroiled in a conversation with Adam and the camera is in a hallway, very slowly zooming out while panning in, creating a strange and disorienting effect that is famously used by Martin Scorsese in Goodfellas 1990 to signify that a relationship has changed or a life-altering event is happening. In Assholes, there is no such change. The technique is used either because of some space or equipment limitation or simply because Zweifach “knows how to do it.” It is a cool effect, to be sure, but usually it is accompanied by a climactic plot point. One could feasibly argue that the arbitrary employment of this effect is a further, more subtle example of Vack’s inclination to buck trends and thumb his nose at convention.

In summation, if one were ever in question of the direction their life is headed, the characters in Assholes are an affirmation that it could indeed get much worse. “Rock bottom” has never appeared on film with such scabby and nauseating clarity as it has in this psycho, sicko masterpiece. However, to view these depths of unabashed perversity in a non-porno flick is wildly entertaining and, therefore, CrypticRock awards the outlandishly disgusting Assholes 3 out of 5 stars. 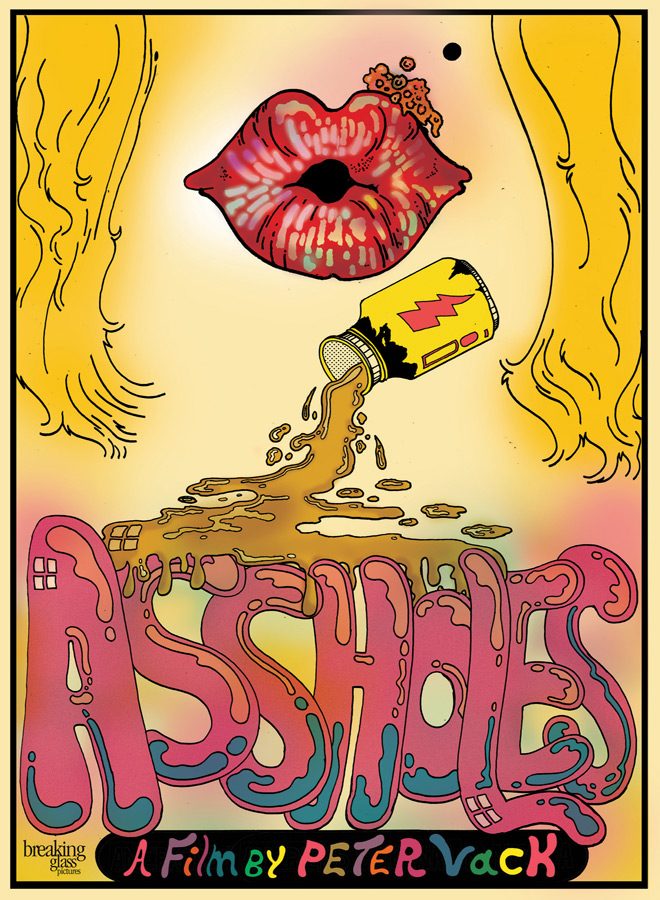