At the Devil’s Door (Movie Review)

At the Devil’s Door, originally titled Home, is the latest release from IFC Midnight Films, and is written/directed by Nicholas McCarthy (Chinese Box 2009, The Pact 2012) with a United States release on September 12, 2014. At the Devil’s Door tells the story of Hannah in three parts, encompassing the lives of four women, and how Hannah’s terrible decision affected not just her but those after her that lived in or visited her house. 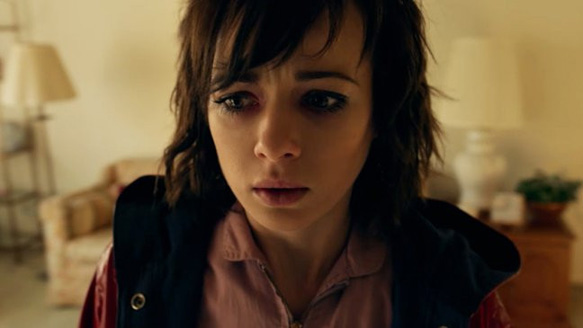 The first part tells the story of how Hannah White (Ashley Rickards- Struck by Lightening 2012, Behaving Badly 2014), a young teenager who had just met a boy she really liked, and at his suggestion, plays the shell game (Thimblerig) with a questionable man named Uncle Mike (Michael Massee- Seven 1995, The Amazing Spiderman 2014), to see if she is chosen to be a vessel to sell her soul to the devil for the sum of $500. She is then requested to go to the cross roads and say her name, so he knows what she is called when he comes for her.

What happens next is terrifying and throws Hannah’s world into a tail spin. She does not initially believe in the Devil, but when he comes for her nearly straight away, she has no choice to believe. First Hannah spends the money she received on cosmetics and the usual things teenagers buy. When he tries to get into her body and she fights it as best as she can, she inevitably had no hope and he overcame her. She/he started doing horrible things, and to escape this Hannah does what she thought she had no choice but to do. Her friend Lori watches helplessly as Hannah’s life ends horrifically. 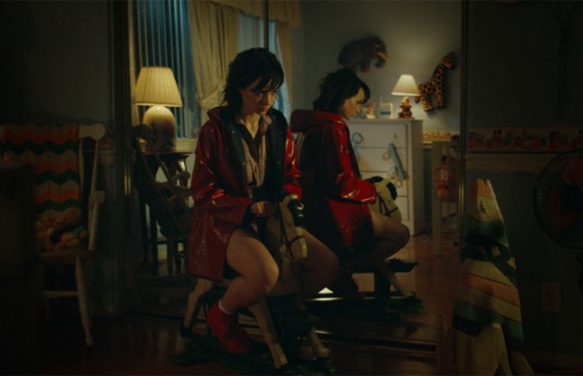 Leigh goes to check out the house that evening and finds that all the mirrors were covered and there was a strange burn mark on the wall. Leigh sees a young woman in a red rain coat, who quickly disappears when Leigh tries to speak to her. She discusses the issues of damage to Chuck the next day, as well as the fact she saw a young woman who Chuck mistakenly believes may be Charlene, though it turns out to not be her. Leigh does some research on the house and finds that there had been another family there before, and learns more about Hannah and the strange events that happened in the house. Leigh goes back to the house that night to check on it again, and see if she can find that young woman, but sadly she never leaves the house again. Leigh sees the Devil shed Hannah like a skin suit, and after leaving a message for her artist sister Vera (Naya Rivera- Glee, The Master of Disguise 2002), Leigh is found dead the next day, having suffered from a heart attack albeit at a young age.

The third part of the movie focuses on Leigh’s sister Vera, who is having trouble dealing with the fact her young sister Leigh died so unexpectedly. This prompts Vera to look into what Leigh was doing before she died, and brings her to the fated Greenville house. She begins having strange dreams and eventually she learns the truth about Hannah and talks to Charlene upon her return about the history of the house. What she learns is frightening but does not deter her from returning to the house and encountering the horrific beast itself. The Devil becomes fixated on Vera and attacks her like he did those before her, and he tells her that he wishes to be ‘all of someone’ and is relentless in his pursuit to live on Earth. When her child is hostage (Ava Acres- Monsters University 2013, Despicable Me 2 2013) to the dark side, will Vera be strong enough to fight him or will she have no choice but to relent like those before her? 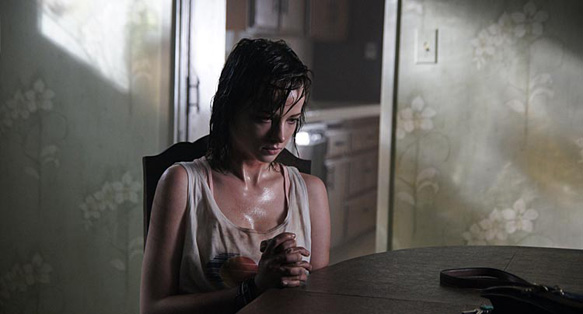 The movie is told in flashbacks, interspersed with the present, and bit by bit it all comes together in a climatic and unpredictable ending. A very original movie containing a lot of depth with each character explored and pushed to their limit. The special effects are amazing, and even the images of the devil that you only see in reflections are so scary that you will shiver and look over your shoulder and guarantee you will never look in a mirror the same way again. Disturbing at times in its violence and confronting lack of choice for Hannah, Charlene, Leigh and Vera, it is nonetheless an absolute must watch horror movie. It is not like any others before it and is paving the way for a new type of horror. CrypticRock scores At the Devil’s Door 5 out of 5 stars. 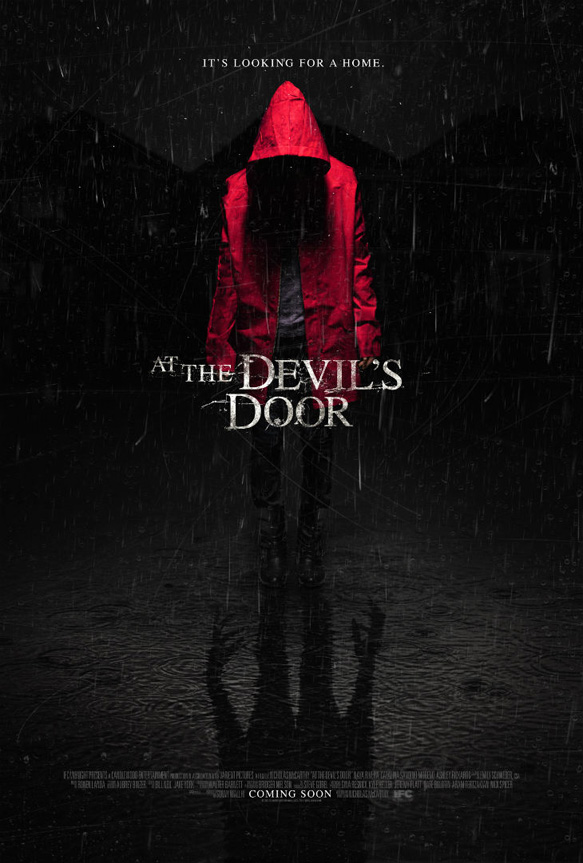