At The Gates – At War With Reality (Album Review)

Few shook the very foundation of Extreme Metal like the Swedish colossus, At The Gates. Hailed as one of the forefathers to “Gothenburg Death Metal,” few had a flow from release to release, demonstrating the epic growth of this powerhouse. Their first full-length album from 1992 entitled The Red in the Sky Is Ours brought a raw sonic cleansing on the rules of Death Metal and served as a sign for things to come. Their resolve was fully demonstrated two years later with the release of Terminal Spirit Disease, which not only showed a more polished production but a more focused direction. However, the band’s masterpiece came one year later with Slaughter of the Soul, which has been hailed as a Metal genre cornerstone album. Coming full circle, the band developed the perfect blend of cut-throat Death Metal intertwined with carefully crafted melodic sounds. For almost twenty years, their fans have been clamoring, begging, and foaming at the mouth for a new album, the wait now is over! On October 28th, At the Gates returned with their first follow up to their ground breaking album with At War With Reality.

When one is about to start listening to this highly anticipated album, the usual thoughts and worries creep up such as, “Will this be even close to Slaughter of the Soul?” The album begins on a building crescendo, “El Altar Del Dios Desconocido” creeping along to haunting background music and chanting. The slow build is broken in a flurry of blast beats and searing guitars on the track “Death and the Labyrinth.”  Instantly old school crowds will notice Tomas Lindberg’s voice has gotten a little deeper yet still has its trademark gut-wrenching sound. The following title track is the perfect cross-over track with the slightly more classic Death Metal sound the album holds and the melodic hooks that got fans addicted from Slaughter of the Soul. It would be a crime to not point out the perfect flow of the total album, while songs naturally flow together, so perfectly they do not leave the listener thinking they are simply listening to the same tune on repeat; making it the perfect soundtrack to the band’s first concept album. The incendiary guitars of Anders Bjorler and Martin Lasson is on full display with tracks such as “The Circular Ruins” and “The Head of the Hydra,” leaving nothing of the listener but a melted mess. A fitting album for the band’s return unleashing unhindered power and blazing Metal licks for the most dedicated.

Having just played a handful of festivals and shows over the years, At the Gates is bringing their epic new release and their unforgettable past discography on a full scale world tour. After one listen, it is hard for the loyal fans to not get worked up after listening to this monstrous album. Without even a single hesitation, this album is by far not only the best comeback album of 2014, but stands alone in the best album of 2014 category.  CrypticRock is excited to help usher in the welcomes for At the Gates return and give At War With Reality 4.5 stars out of 5; let the whiplash begin. 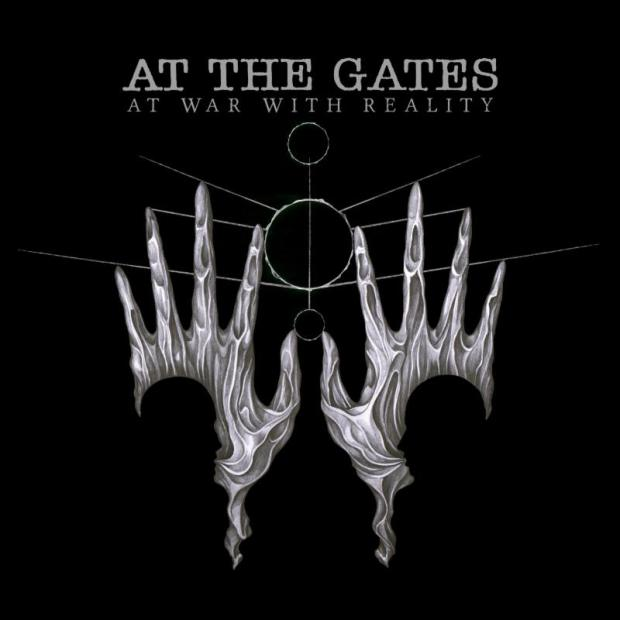 Album review, At The Gates, At War With Reality
Print page
0 Likes