“Where the f*ck are you,” demands MI6 agent Lorraine Broughton after she had been ambushed in her escort. Her contact, agent David Percival catches up to her, and almost gets shot for his troubles, saying, “Don’t shoot, I’ve got your shoe!” 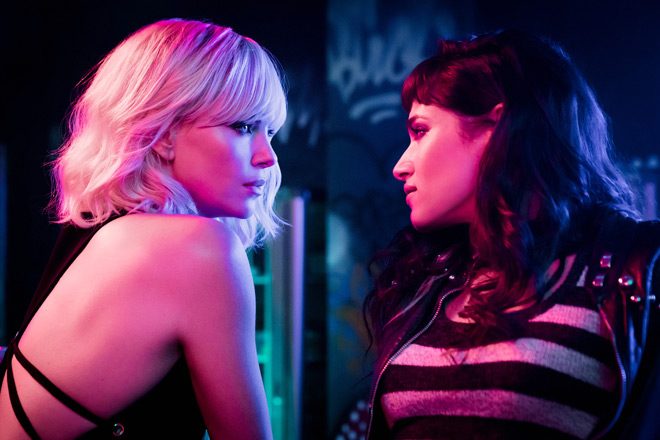 Such is the introduction in the exciting summer film Atomic Blonde. Featuring a cast including Charlize Theron (Monster 2003, Prometheus 2012) as MI6 agent Lorraine Broughton and James McAvoy (Wanted 2008, X-Men: First Class 2011) as agent David Percival, the film is directed by David Leitch (John Wick 2014, No Good Deed 2017) from a script written by Kurt Johnstad (300 2006, 300: Rise of an Empire 2014) based on Anthony Johnston graphic novel The Coldest City. Released in theaters July 28th via Focus Pictures, Atomic Blonde could be one of the most talked about Action Thrillers in some time.

Taking place in 1989 Berlin, the film is set up in a flashback scenario that Broughton is beinging interrogated by CIA agent Emmett Kurzfeld (John Goodman: Roseanne series, 10 Cloverfield Lane 2016) and MI6 head Eric Gray (Toby Jones: The Hunger Games 2012, Captain America: The Winter Soldier 2014) about her last mission, where she was supposed to get Spyglass (Eddie Marsan: Filth 2013, Ray Donovan series).

Beginning in similar fashion to the graphic novel, Atomic Blonde quickly leaves it behind, soon becoming more violent while mixing in some sex and nudity. Aesthetically, the film is a color noir where each sequence and song of the soundtrack, the majority of which are easily recognized ’80s tunes, go hand in hand. 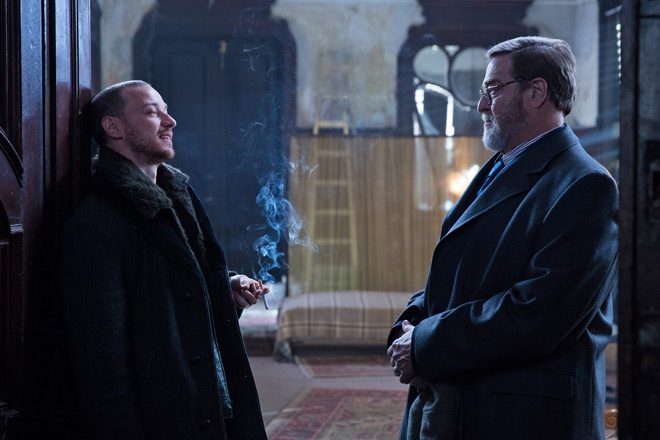 Empowering to women, while men have had James Bond for at least 50 years, Theron brings the agent’s female twin to life, melding sexy with ass-kicking ingenuity. Hopefully Atomic Blonde is not going to be a one-off, and Theron comes back for further films. Her co-star, McAvoy, has been playing ambiguous characters, including 2013’s Filth, and Atomic Blonde upholds that pattern deliciously.

Speaking of the acting, everybody plays their characters straight, except for McAvoy. He has a tongue-in-cheek air about him, a nonchalance that makes one wonder about his loyalties, thus making his character that more interesting. Although, it is Theron’s performance that really sets off Atomic Blonde with her fights choreographed by John Valera, who also worked on the fights for John Wick. 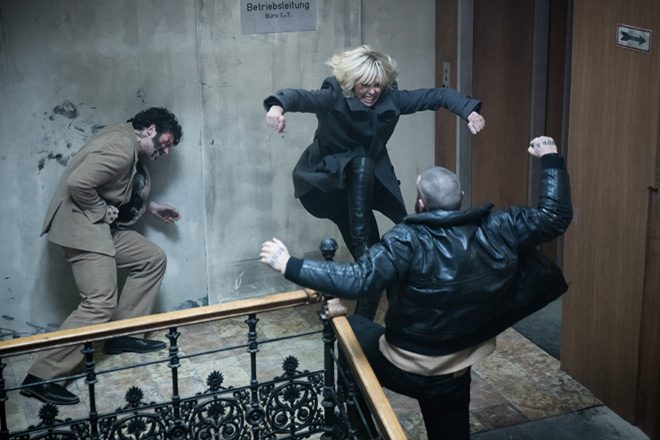 Visually stunning, the film was shot on the streets of UK, Hungary, and Germany featuring a color palette that smacks the underbelly of society while everybody is dressed GQ. All this said, with the major budget allotted and high profile actors’ reputations on the line, Atomic Blonde puts a lot on the line. If Atomic Blonde is truly to become the female Bond, it has 24 films of legacy to catch up. Here is hoping that Theron could help launch a new wonderful franchise of female empowerment, and with that CrypticRock gives Atomic Blonde 5 of 5 stars. 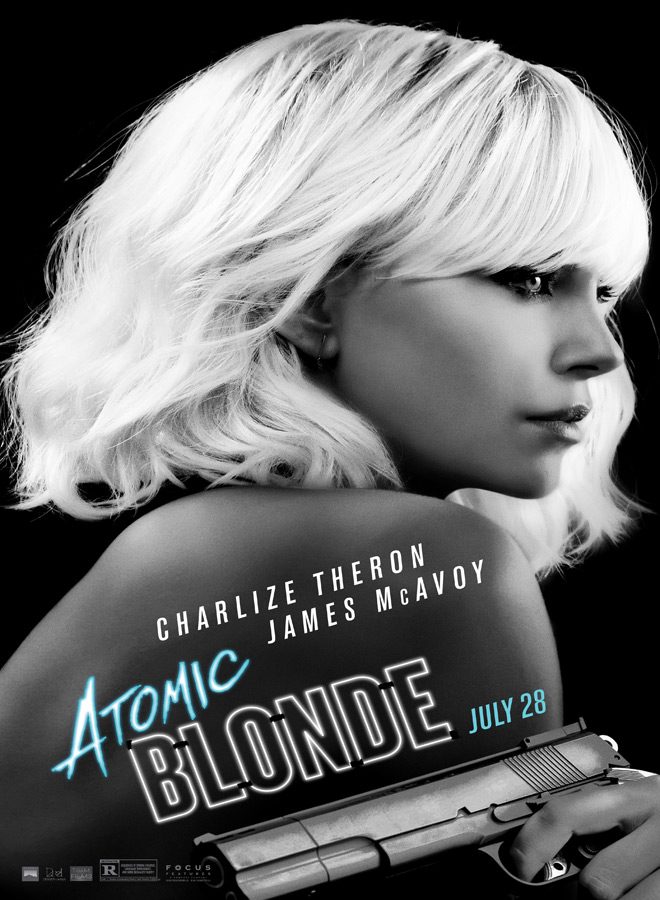