In the near future, a nuclear energy crisis almost brings unparalleled disaster to the world. Thankfully, there was a company called Auxillisun there to take control. They were able to create a new type of fission reactor that converts nuclear waste into energy and so, catastrophe averted, they become heroes and insanely wealthy and influential. The reactor, as one would think, is of the highest importance since it keeps the power of the atom contained. As a result, when all contact with the reactor is lost, the situation must be investigated. 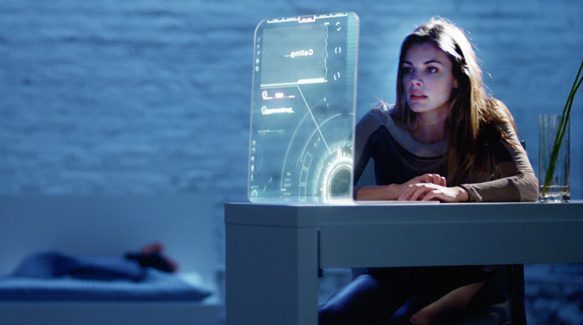 So opens the new film from SyFy Films, Atomica. Directed by Dagen Merrill (Broken Hill 2009, Murder in the Dark 2013), Atomica, released in theaters on March 17th, is a shorter film that begins with a bit of a slow start, but comes around properly and in the end delivers a good story.

Auxillisun sends company Engineer Abby Dixon, played by Sarah Habel (Whip It 2009, Hostel Part 3 2011), to investigate the reactor after it goes dark. Located in a remote desert region, the reactor only has two inhabitants, a super, Robinson Scott, played by Dominic Monaghan (Lord of the Rings Trilogy, Lost TV Series), and the somewhat enigmatic Dr Zek, played by Tom Sizemore (Natural Born Killers 1994, Saving Private Ryan, 1998). The first act of the story has the usual tech babble that we see in just about every Sci-Fi film, but none of it feels particularly interesting here. 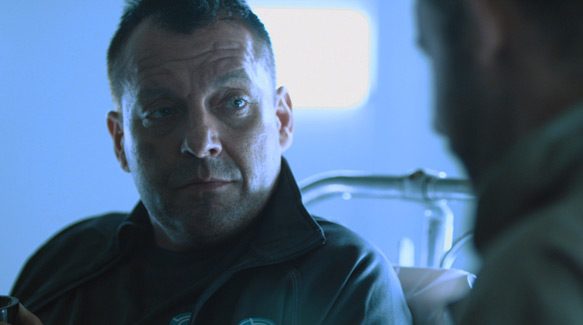 Also, viewers get to know Monaghan’s character, who is more than a little bit shaky personality-wise from spending so much of his time alone, as Dr Zek is not a man for much socializing. Abby, well aware of Robinson’s questionable grip on total sanity, thinks some of the things he tells her are strange; things about the reactor and how it malfunctioned, and things about Dr Zek. What follows is a series of mysteries which get partial answers, only to lead to more questions about what happened at the reactor and, more importantly, who are these two men and what is their role in all of this.

It is difficult to say a whole lot about Atomica without giving too much away. At only 80 minutes long, the script does not have much room for lagging and things happen quickly here. Dr Zek is not on screen for about half the film, so it falls onto Habel and Monaghan to carry the story, with Monaghan especially giving it its biggest personality and flavor. His portrayal of Scott is quirky, funny, and emotional, and it seems like this role would have come up short if the right person was not playing it, but Monaghan brings him to life and is one of the two best things about the film.

Habel is less effective, but her role is a lot more straight-laced than either of her male counterparts, and it could be just a flaw in the dynamics of the characters that makes this so. Sizemore has the least screen time and lines, but does a good job in underplaying who his character is. He is always had a rather stage-like presence on screen, able to make himself a presence in any capacity, and here is no different. All three do a fine job, but again, it is Monaghan who really carries this one. 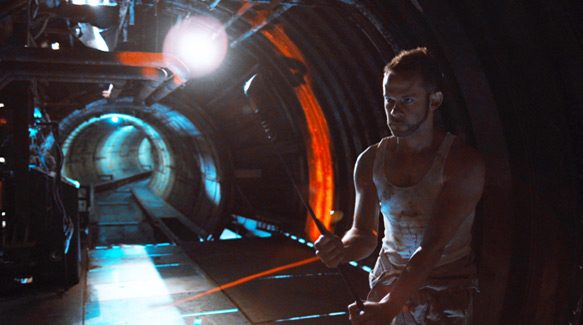 The story itself is perhaps lacking a bit of excitement but knows exactly where it is going and viewers would do well to get through the first 15-20 minutes, which they might feel is derivative, to see the entire thing through. Abby is a likable character, and the audience will be with her as she unravels and navigates an ever-changing mystery while being trapped with two possibly dangerous men. The set itself could very well be an actual reactor, and adds the right feeling to the story with its cold ambiance. A well-structured script, Atomica is a small film in a good way, and is unpredictable with an ending that you will not see coming.

The label of SyFy, as in the cable channel, does not have the best reputation among fans and critics because of its penchant for over the top, hammy monster flicks that are not even ironically entertaining, but this is not the same thing at all. Only the second film from this particular studio under the SyFy umbrella, Atomica is a cut above the others, especially in the writing department. In select theaters now and set for release on VOD as well as Digital HD on the 21st, Atomica worth the time for those looking for a quick little Sci-Fi story that they will remember for taking some risks. CrypticRock gives Atomica 3.5 out of 5 stars. 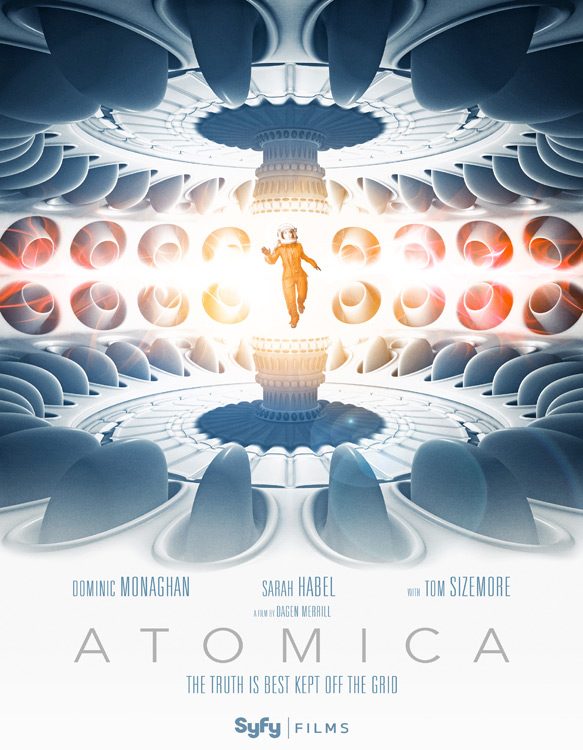