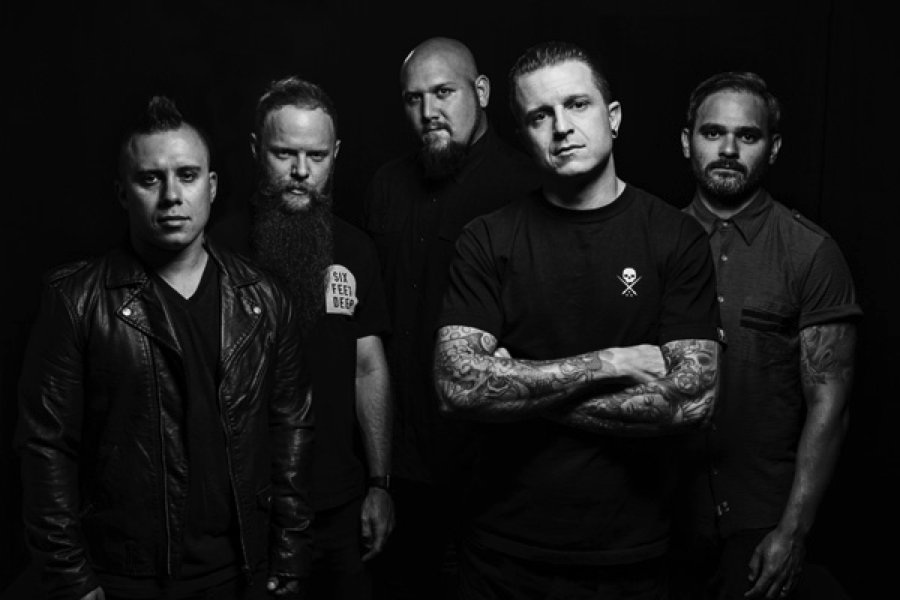 Fans of Michael Ende’s book, The Neverending Story, the band Retribution renamed themselves Atreyu as they evolved.  Hailing from the Orange County area of California, they went on to self-released their debut EP in 1998, Visions, and in 2002, the EP Fractures in the Facade of Your Porcelain Beauty. Proving their hard work was not in vain, Atreyu signed with Victory Records in 2001, and the following year released their debut album Suicide Notes and Butterfly Kisses. Making a splash, the record included videos for the singles “Ain’t Love Grand” and “Lip Gloss and Black,” which got a lot of play, welcoming Atreyu to the mainstream by 2003.

Two-thousand and four saw the release of The Curse, which went on to sell approximately 450,000 units.  From there, the band was invited to participate on the soundtracks for 2005’s Mr. and Mrs. Smith with a cover of Bon Jovi’s “You Give Love a Bad Name,” Underworld: Evolution (2006) with “Her Portrait in Black,” and “Right Side of the Bed” was on Burnout 3: Takedown (2004).  On the heels of these successes, Atreyu released A Death-Grip on Yesterday in March 2006, reaching #9 on the Billboard 200. Red hot and on the top of the American Metal scene the band signed with Hollywood Records and pumped out their most successful record to date in 2007 with Lead Sails Paper Anchor. Going in a darker and heavier direction they followed with Congregation of the Damned in 2009 with a positive reaction before releasing the 2010 covers EP, Covers of the Damned.  Then surprising to fans, but understood due to the heavy touring for years, Atreyu took a break with an indefinite hiatus in 2011.

Six years later, Atreyu’s Alex Varkatzas (lead and unclean vocals), Brandon Saller (drums, clean vocals, percussion, guitars, piano, programming, keyboard, strings), Dan Jacobs (lead and rhythm guitar, backing vocals), Travis Miguel (rhythm and lead guitar), and Porter McKnight (bass, backing vocals) are recharged and back with their highly anticipated sixth studio album Long Live via Finnish label Spinefarm Records. Produced by Fred Archambault (Avenged Sevenfold, Death by Stereo), the album hit shelves September 18th and had many fans wondering what to expect from the group of musicians who have had time to soak in their creative juices away from Atreyu for so long.

Long Live is 12-tracks of unrelenting Metal mixed with melodic tunes and raging, melodic vocals.  The title track, “Long Live,” gets the album off to a loud and proud start with a searing riff and hyped drum with a single word, “Go!”  This track signifies the rebirth of Atreyu, “Our bond is forever lasting.”  Another riff heralds “Live to Labor” as the hyper drums kick in the listener’s teeth.  The highlight of this piece is the speed of the guitar play as the guys sing about a life of work…but, for whom?  “At times we’re all just little junkies and whores/Clawing scratching unattainable dreams.”  Moving on, “I Would Kill / Lie / Die (For You)” is an Atreyu power-ballad of undying love with soaring riffs; “Please know I’d fight for you/Endlessly after all this heartache/You are my everything/Or simply die for you/You’re the greatest gift of all/You are so heavenly.”

Thumping in next is the growling “Cut off the Head,” a hard-hitting tune of excising the demon that pushes the abuser; “Cut off the head/And burn the body down/There is a demon living inside of you/And when the pushed push back we’ll see who’s who/We’ll see who’s who.”  Heartache drives “Bitter Broken Memory” with a lighter vibe as the drum beat doubles like the hurting heart as the guitars soar throughout with feeling; “I can’t pick up the pieces/As fast as u throw them away/I can’t hold you together/If you don’t want to stay.”  The next track asks, “Do You Know Who You Are,” with a Queen-like anthemic drum line intro that follows through the whole of the track as the guitar riffs melodically kick in.  This wants the listener to really look inside themselves to know if they are the problem or the solution. Stripping down to basics is “Revival (interlude)” as Atreyu shows their acoustic instrumental prowess with a Latin-tinged piece.

“Heartbeats and Flatlines” return the album to the growling hardcore Slam Dance Metal.  This track is drive by the hyper drums and a ’70s-ish riff as the guys ask the listener if they are living or just existing; “Does your heart heave a beat?/Or does it just sit in your chest crowding your soul taking space/While you wait for a place to decay/There is more to this life…”  The “know it all” is who the tongue in cheek “Brass Balls” is talking about with its plucky beat and sizzling riff; “Lay yourself down on the tracks/Be crucified by your own words/You’re no cross bearer/You’re not a fucking martyr/Just a kid only a fool/Barely man enough to stand.”  Running water with a music box-like sound trying to capture a memory brings in “Moments before Dawn” as Saller’s plaintive vocals begin to talk about getting the call about the death of a loved one. With the retro-vibe riff in “Start to Break,” the guys sing about how the world will try to jade someone, but to stay smart and keep looking ahead.  Long Live closes with “Reckless,” a piece that builds as it continues into Atreyu’s hyper drums and air-tight riffs.  This tune speaks of going on instincts to see one’s life path through.

With Long Live, Atreyu uses their growls and screams as a mantra to trust in the self and be one’s own voice on some songs, while other talk of undying love and remembrance…perfect messages for this imperfect world.  Long live Atreyu.  CrypticRock gives Long Live 5 out of 5 stars. 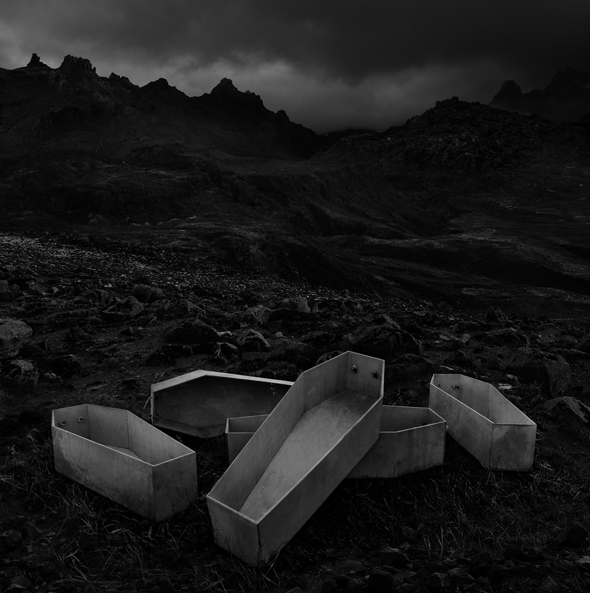