Since 2004’s Shaun of the Dead graced fans’ eyes, Europe has grabbed a chokehold on producing some of the best and incredibly original Zombie Horror/Comedy films; most notably with the Norwegian Nazi-Zombie films, 2009’s Dead Snow and 2014’s Dead Snow 2: Red vs. Dead, showcasing the absolute best that Europe could throw at the world with its jump scares, humor, and all out action.

Now Horror Comedy lovers have another film from the Europe continent staking its claim in originality and humor with Dominik Hartl’s (Beautiful Girl 2015, Vienna Waits for You 2012) co-written and directed Attack of the Lederhosen Zombies. A product of Germany, it was released worldwide on January 13th, produced by Fischer Film on an estimated budget of 2.7 million Euros, invading the US market via Level 33 Entertainment. 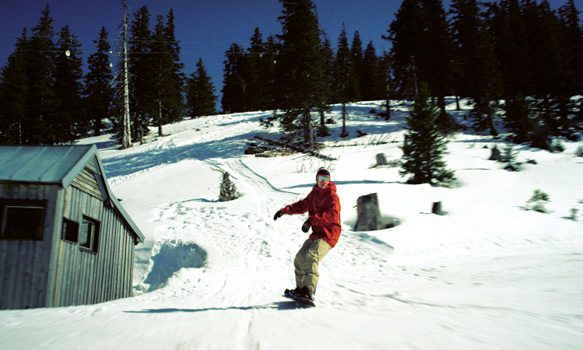 The film opens with two extreme snowboarders in the Alps, Steve – played by Laurie Calvert (Cinderella 2015, The Quiet Ones 2014) – and Josh – played by Oscar Dyekjær Giese (Anti 2016, Northwest 2013) – during an important and extremely expensive photoshoot. Unfortunately, Steve manages to screw that up in the most disturbing and hilarious way possible, thus cancelling their contract with their sponsors and being left behind on the mountain with Steve’s badass girlfriend, Branka – played by Gabriela Marcinková (360 2011, Byzantium 2012).

While Steve is messing up their chances of success, two entrepreneurs inadvertently create a zombie outbreak while showing their artificial snowmaking machine to a rich Russian investor. From there on, it is a fun, no holds barred, journey of surviving the outbreak and regaining lost love, with a ton of laughs along the way.

Let us talk about the zombies for a second here, because these zombies were absolutely grotesque looking, and it made the film so much better looking with going that extra mile. Those who have seen Robert Rodriguez’s 2007 film Planet Terror will have an excellent idea of what the zombies look like. This said, they are the ugliest thing one has ever seen with huge spores coming out of their faces, and it is credit to the art and make-up department who really knocked it out of the park with making the zombies as disgusting as possible. Their work was so good that they earned an award from the Fright Night Theatre Film Festival for Best Special Effects and Special Achievement in Makeup FX. 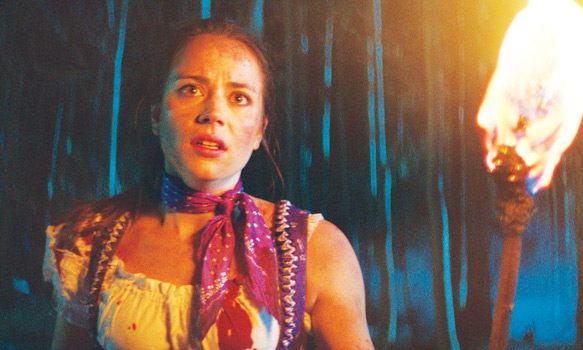 In regards to the special effects, Attack of the Lederhosen Zombies is an extremely gory movie. That said, the gore really enhances the completely over-the-top feel of the film. A ton of the zombie kills were fantastic and incredibly gory and it goes hand-in-hand with humor. So, those gorehounds into laughing at puddles and puddles of blood and gore, it is a no-brainer to watch this film.

In addition, while Attack of the Lederhosen Zombies is a relatively low budget Horror film, it does not exactly look or even feel like one. That has to do a lot with the brilliant cinematography by Xiaoso Han (Baseline 2010, Asternauts 2012) and Andreas Thalhammer (Lipstikka 2011, Lost Place 2013) who give the film an incredibly huge cinematic scope with the beautiful background. Also, there are not too many cuts in the actual film and there are a number of longer takes which give the audience more time to adjust to whatever is going on in the scene. 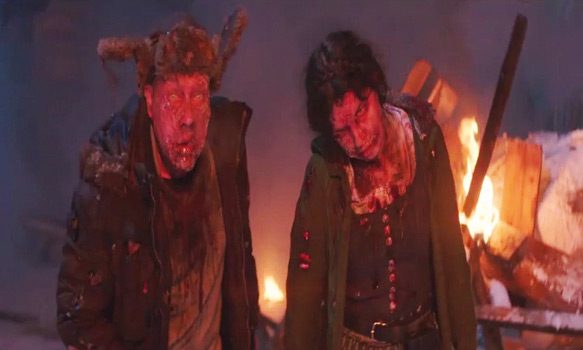 All in all, this is a Zombie film, and by now, everyone is so tired of more Zombie films, but this one delivers in all angles. It is gory, it is funny, it is wickedly original, and there are enough of the old tropes to keep the traditionalist happy inside like a warm cup of coffee on a cold morning. Attack of the Lederhosen Zombies is a film that will definitely stay in the back of the viewer’s head, in the best way possible, and that is why CrypticRock gives this Horror gem 5 out of 5 stars. 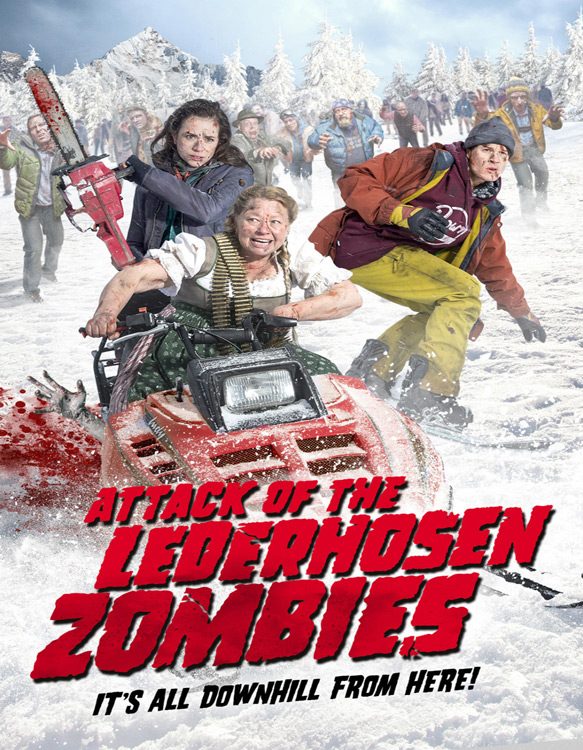