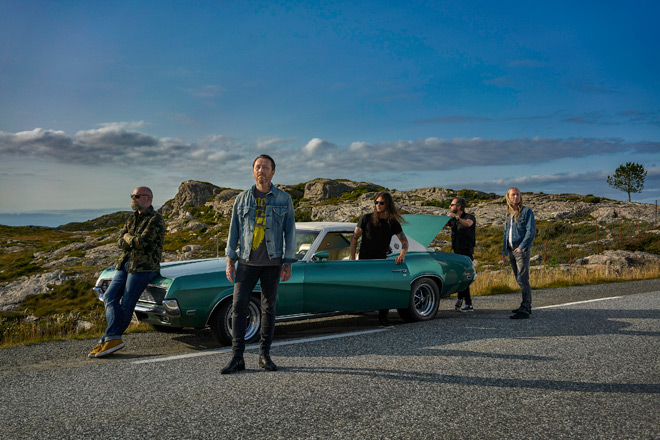 Founded in 2002, the quintet known as Audrey Horne make an exciting return on Friday, January 12, 2018 with their sixth studio album, Blackout, thanks to Napalm Records. Coming from Bergen, Norway, a town musically known for Death Metal, Audrey Horne have always shunned the conventional and opted to concentrate on ’70s and ’80s Classic Rock stylings this go around. So how does it pan out?

The truth is, Audrey Horne has always been unique, with the project a complete departure from each members other bands including Guitarist Ice Dale who is in the well respected Enslaved, Guitarist Thomas Tofthagen from Sahg, and Drummer Kjetil Greve featured in Deride. Completing their lineup, vocals are provided by Torkjell Rød aka Toschie, with Espen Lien on bass.

Previous winners of a Norwegian Grammy in 2006 as Best Metal Act, and nominated again 2 years later, Blackout is a follow-up to their acclaimed 2014 album, Pure Heavy. Offering 10 new songs, by far the longest is album opener “This Is War.” Audrey Horne’s foray into Prog Rock, it gallops along with a rallying cry chorus as they blend harmonies with relentless riffs and uplifting hopefulness. This is a rebellion, the uprising, not some fateful war by men with big buttons.

Next is “Audrevolution,” which again has the triumphant echoes of rebellion. It is bright and breezy in feel, energetic and confident, as well as rabble-rousing and positive to the end. The title-track, “Blackout,” then takes a different topic, that of sexual desire. About a wanton woman, she comes with a warning, but one they choose to ignore. Matched with vibrant and engaging guitar work, it is a song that demands another listen.

Taking it slower and much more Blues infused, “This Man” feels like a warm summer’s day in a hazy meadow. There is something captivating about the melody while the use of keyboards takes it into a Prog realm. That in mind, if “This Man” is a grown up sounding cut, “Midnight Man” is a teenager, frivolous and full of attitude, banging out the drums and stomping its way through each chorus. Then, “Light Your Way” is another Prog-Rock like track with ’70s synths and keyboards giving it a very retro sound. Meanwhile, the guitars are understated and the song lyrics are quite dark and twisted, as the siren drags the sailor to his death, centering the theme around such myths.

This comes before a Pirate melody heard on “California,” which includes some odd lyrics. Taking you on a journey, with musical twists and turns, it has a smooth chorus, some Muse vibes and yet it is not a carbon copy – it just borrows bits and sticks them together to create something new. While “Satellite” has echoes of the Rolling Stones, at times it sounds like pure Pop, crossing borders and genres, with a sense of carefree enjoyment that comes from a band. Twiddly guitar sections and a look at the negative side of life, “Naysayer” just says no. Edgy and fractious, it motors along with a distinctive groove, before ending in a jolly party atmosphere to remind you this album is all meant as a bit of fun.

Lastly, “Rose Alley” may be a misspelling, as they sing Rosalea, but it is uncertain if this is purposeful and a pun or whether it is just a translation error. Alluding to another song in the lyrics, it has a creepy, stalker undertone that contrasts with the happy vibe of the music. With a live feel and plenty of crowd noise, it is a fine way to end the standard edition of the album. For those who invested in the limited edition digipak, there is a chance to dig into two more killer songs entitled “Juggernaut” and “The End.”

Overall, Blackout is escapism in a pure form. It borrows from Power Metal, sits squarely in the Rock genre and does not apologize for being retro in style. With its high energy, enjoyable and entertaining selection of songs, Audrey Horne remind you of days when phones were still landlines and computers had 64 bit rams. Blackout might not break new ground, but it does satisfy a craving to return to bygone days. For these reasons, CrypticRock gives this album 4 out of 5 stars. 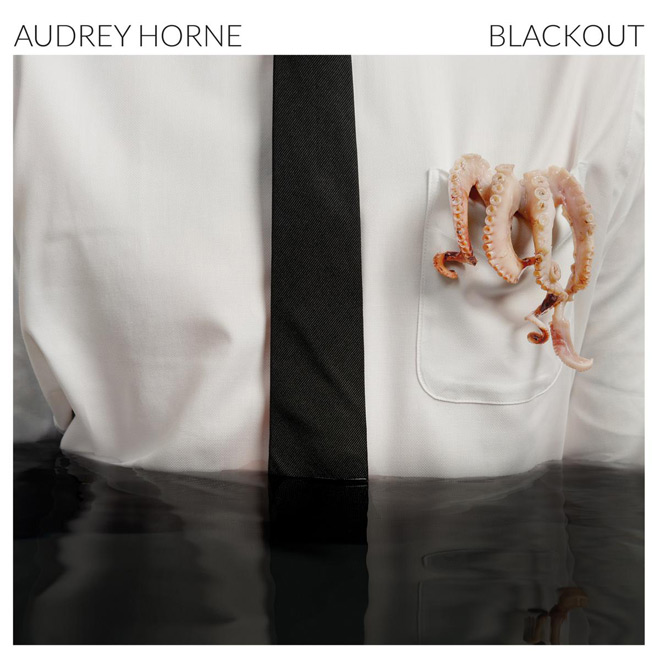 Einherjer – North Star (Album Review) Monster Magnet – A Better Dystopia (Album Review)
Like the in-depth, diverse coverage of Cryptic Rock? Help us in support to keep the magazine going strong for years to come with a small donation.