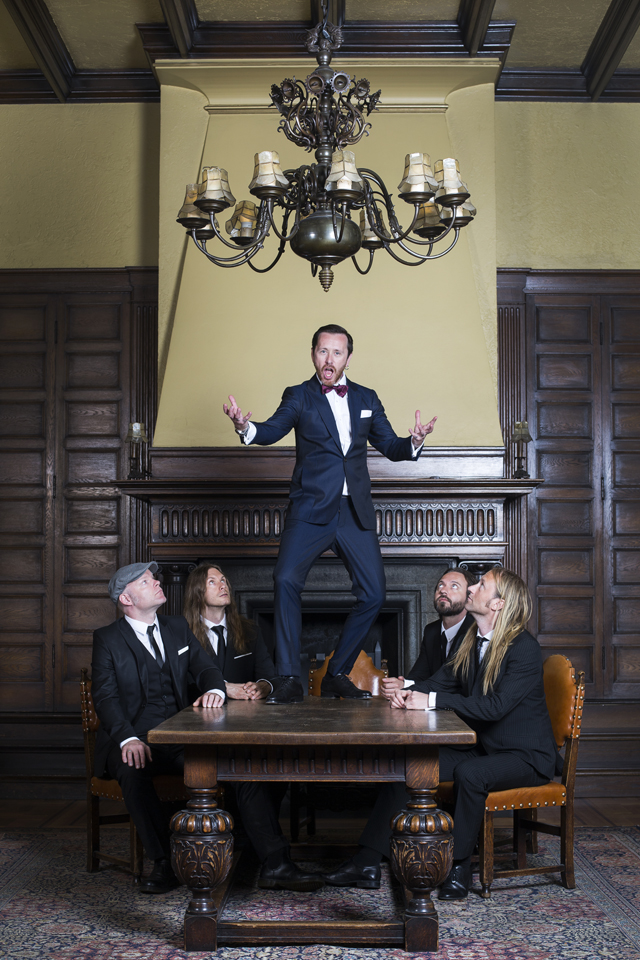 Norwegians Audrey Horne came together in 2002 as a new endeavor by some of the country’s finest musicians of the underground Metal scene. Named after Sherilyn Fenn’s character in Twin Peaks (a young troublemaker who helps investigate Laura’s murder and also engages in civil disobedience), some of the band members are also in Enslaved and Sahg, but the band has purposely steered clear of the genre for this project, instead playing classic hard rock in the ’70’s/ ’80’s style.  Their home town Bergen is well known for Black Metal, so Audrey Horne goes against the grain of the norm while maintaining quality and earning respect. The current line up consists of: Torkjell Rød/Toschie (vocal); Arve Isdal/Ice Dale (guitar) (also in Enslaved); Thomas Tofthagen (guitar) (also in Sahg); Kjetil Greve (drums) (also in Deride) and Espen Lien (Bass). Sustaining a number of line-up changes along the way, in 2007 both Herbrand Larsen (keyboards) and Tom Cato Visnes (Bass) departed; Larsen to focus on Enslaved and his career as a primary school teacher. Despite his departure, Larsen continues to help the band in the studio, and worked alongside Eyolf Nysæthe who also provided keyboards until 2010 when Kim took over. Meanwhile, Cato Visnes left to focus on his other bands Sahg and Gorgoroth. Winners of a Norwegian Grammy Award in the Best Metal Act category in 2006, as well as nominated again 2008, Audrey Horne are a band who deserve much respect.  Taking little time between albums, they produced their fifth overall album in 2014 entitled Pure Heavy, marking the fourth with Joe Barresi in charge of production/mixing and engineering.

“Wolf In My Heart” begins in a whirl of guitars and reveals a catchy sing-along chorus and plenty of rock clichés in the lyrics. Moving on to “Holy Roller,“ which channels Sabbath from the off, it would not be out of place on a Dio album either. The most commercial of the tracks is “Out of the City,” which has a great video that deserves checking out. The song chugs along in a fun manner, and shouts ‘perfect summer hit.’ “Volcano Girl“ is a tongue-in-cheek, sexual innuendo filled, riff heavy track that borrows from Iron Maiden for the guitar riff in the breakdown. Bright and breezy, “Tales from the Crypt“ features hand claps and big hooks, and is both vibrant and engaging. By contrast, “Diamond” is a delicate acoustic interlude, short and sweet at only 90 seconds long. “Into the Wild” picks up the pace once more, grinding out a full-on NWOBHM song with soaring guitar riffs and powerful vocals. “Gravity” is different again, less metal and more rock. It is a song steeped in both melody and harmony. “High And Dry” returns to the NWOBHM influences and it is obvious to hear the inspiration that British bands have had upon this band, from the Ozzy Osborne styled vocals to the Maiden-esque guitars. “Waiting for the Night“ is a prawn cocktail & cheese fondue party, so many clichés, it stands proudly sporting flares, a denim cut off and an 80s mullet and makes no apology for it. Finally comes the longest track, “Boy Wonder“ which submerges the listener in classic satire inspired lyrics and a driving beat from the drums.

Audrey Horne do not pretend to be modern or contemporary, they revel in their out-dated image and this will please their fans greatly. It has more variety than a Woollies’ Pick n Mix counter, and glorifies the music of the past. It will entertain the listener and has plenty of energy, skill and passion to recommend it. However, it does borrow heavily from the bands they admire and that prevents it from scoring higher. The general impression is that this is the light-hearted, fun escape from the darker, gloomier Black Metal that the band members are also involved in; their alter ego, their parallel universe, and they certainly achieve what they set out to do. Audrey Horne delivers on their promise to present the decades that time forgot, and they do it very well. CrypticRock give Pure Heavy 3.5 out of 5 stars. 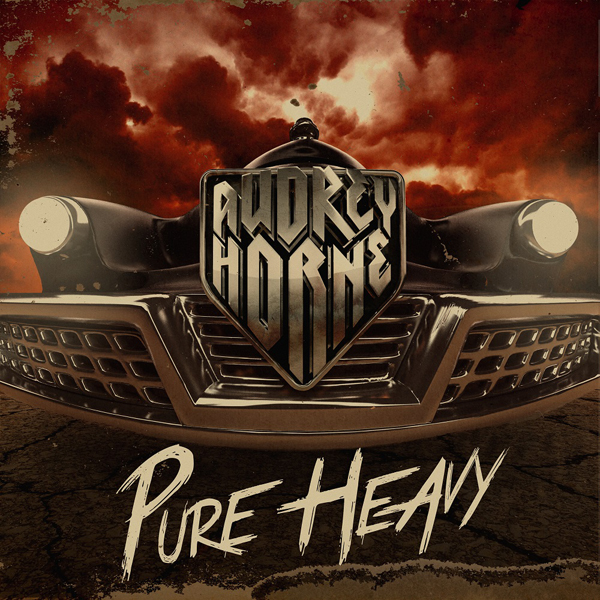