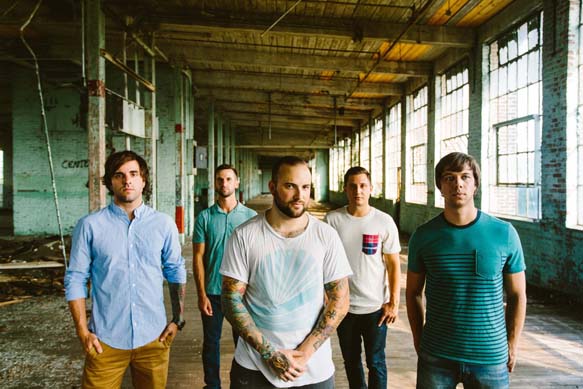 In 2003, the American Metalcore band August Burns Red was formed in Manheim, Pennsylvania initially by vocalist Jon Hershey. Sustaining some early changes Hershey departed from the band and was briefly replaced by Josh McManness before Jake Luhrs took over, holding the position as the band’s voice for almost a decade. Benefiting from stable lineup, the cohesive unit rounded out by drummer Matt Greiner, bassist Dustin Davidson, along with guitarists JB Brubaker and Brent Rambler have made August Burn Red a force in Metal that stands strong. Starting to perform live shows before some of their members had even finished high school, they first signed to CI Records, then Solid State Records where they gained most of their popularity, and have since moved to Fearless Records. With albums such as 2007’s Messengers, 2009’s Constellations, and 2013’s Rescue and Restore, August Burns Red was able to show listeners just how powerful their music and lyrics can be as they have all attained high positions on US Rock Charts.

Known for high powered vocals, pounding breakdowns, and an intensity that a listener cannot help but head bang to, the band return in 2015 with their new album, Found in Faraway Places. Their first on their aforementioned new album Fearless Records, this new offering has its own unique message covering topics ranging from sadness to acceptance. Most singers within similar bands mix clean vocals with screams,Luhrs however, chooses to take a different approach. With that approach he use of his heavy screaming vocals in all of the songs allows for a high octane sound that will keep fans coming back for more. Whether this has a certain significance or if he is simply staying away from the norm is not relevant, what is important is the extreme talent that he and August Burns Red posses.

Found In Far Away Places kicks off with the signature burning intensity that August Burns Red has become known for. The start off track, “The Wake,” discusses the ignorance of the world as we forget our history and continue to make the same mistakes over and over again. Some of the lyrics seem to reference the story of Noah’s ark and the great flood stating things such as, “Flood drown the earth, it’s what we deserve.” Not once do the killer vibes of the song go away. The burning intensity to which August Burns Red draws inspiration can be felt as if the amplified instruments were played within arm’s length.

Next, “Martyr” has a steady strumming pattern that prepares you for what is to come. Fourteen seconds in and August Burns Red does not disappoint, displaying the same raging fire found within the heaviest of Metalcore tracks. Here they discusses the hypocrisy of a person who continually masks themselves in front of everyone else, pretending to be trustworthy and humble, while asking everyone to prove themselves. The powerful message reminds listeners how vital pride can be and how quickly it can take control of a person’s life and motives.

The album continues on with melodic riffs found in “Identity,” giving listeners the chills one might receive while listening to bands such as Arch Enemy. The song even includes a quick “hat tip” to the Surfer Rock style which quickly forms into a super shredding solo that brings back memories of Hard Rock and Punk Metal. Soon enough, the audience will themselves once again lost in the powerful music, and charging in with a chug of riffs, bass, as well as drums is “Separating the Seas.” With this piece the band continues the serious and in-depth tone of the tracks that followed .

As Found in Far Away Places play on, the listener reaches a song known as “Ghosts.” This particular track is very interesting for a number of reasons. First, it starts off very slow, using a steady and melodic distorted riff along with a clean, reverbing arpeggio. However, one minute in and one is graced with that same power found in all of August Burns Red’s music. It also discusses the feelings of loss and lack of self-worth, believing people are “Living as though we are dirt…” Most of August Burns Red tracks have nothing but screaming by Luhrs. However, “Ghosts” features Jeremy McKinnon, the lead singer of the Post Core band A Day To Remember, and the addition of his clean, capturing vocals grants listeners with a new and unexpected sound that they can thoroughly enjoy.

Keeping the record interesting, “Majoring in the Minors,” “Broken Promises,” “Twenty-One Grams,” “Vanguard,” and “Marathon” continues to hold up the level of the intensity while balancing out the ferocity. Then with songs such as “Everlasting Ending” and “Blackwood” the Heavy Metal sound never leaves. Each and every track allows the listener to digest a new message and find new meaning to the lyrics. This justifies August Burns Red’s ability to have such a heavy sound and still send an important message is an A-grade quality. Closing out the album, the last two tracks are a reprise of “Majoring in the Minors” and a midi version of “Identity,” making for an interesting listen.

Overall Found in Far Away Place is very enjoyable to listen to whether a listener is just hanging out in one’s room or preparing to go to an August Burns Red concert. The lyrics are great, the guitars are complex and heavy, the vocals are powerful, the drums are intense, and the whole cohesive monster will have one screaming along, wishing they were watching the band live. CrypticRock gives Found in Far Away Places 5 out 5 stars. 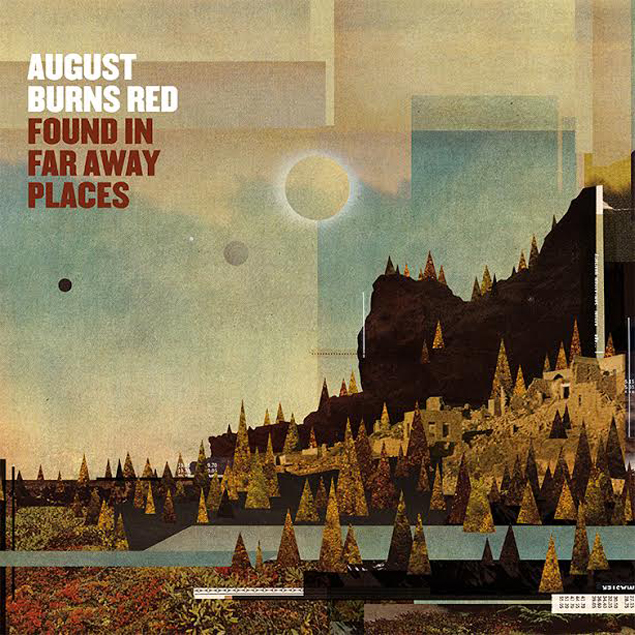