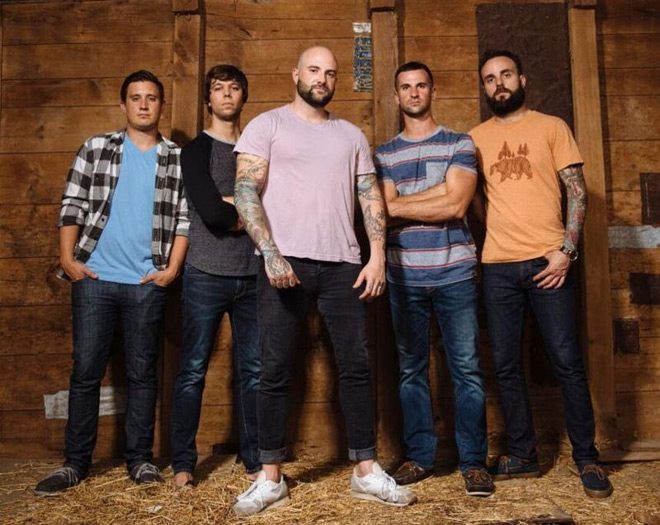 For those unfamiliar with the backstory, August Burns Red formed back in 2003 in Amish paradise, Lancaster, Pennsylvania. A sleepy, rustic county in Southeastern Pennsylvania, Lancaster would be the very last place that anyone would expect to find a blistering Metal quintet. Over the past fourteen years, these hard-working Pennsy boys have released some six albums – ranging from 2005’s Thrill Seeker to 2015’s Found in Far Away Places – and even earned a 2016 Grammy Award nomination for “Best Metal Performance” along the way.

Tireless road dogs, August Burns Red are no strangers to the annual Vans Warped Tour, and have shared stages with everyone from A Day To Remember, As I Lay Dying, All That Remains, Miss May I, The Devil Wears Prada, Of Mice & Men, blessthefall, Architects, Enter Shikari, Silverstein, and Underoath. For the wit of it all, they have covered Britney Spears’ “…Baby One More Time” for the Punk Goes Pop 2 compilation, as well as releasing a Holiday album in 2012. There is not much that this little band could have not done.

Phantom Anthem kicks off to “King of Sorrow,” where meandering guitars and lengthy musical interludes set the pace for an overall vicious Metal assault that pulls no punches. It is brutal and yet somehow melodic, infectious in its ferocity. At just over five minutes in length, “Hero of the Half Truth” is massive on sound as well as musicianship. With phenomenal guitar work from Brubaker and Rambler, this plea of hope to overcome the deceitful disguises running rampant throughout our society steps into haunting territory as Luhrs growls, “They will show no mercy.”

“The Frost” is hot: perceptive lyrics coincide with racing guitars, the layered sonics creating a deliciously triumphant atmosphere that contrasts the frustrated howls of Luhrs. There is a knowledge in pain, a beauty in suffering, and August Burns Red present their case poetically: “My muscles may ache, my tendons may break / But tearing myself down to nothing has allowed me to become something more than this, something greater.” More superb musicianship follows on “Lifeline,” clocking in at nearly five-and-half-minutes; this is a meandering journey that feels like a modern Metal masterpiece about keeping your faith alive and striving for greater goals. It is a divine representation of August Burns Red 2017!

A dulcet venomousness permeates the core of “Invisible Enemy,” an emphatic promise to maintain inner-strength, be brave, and rise above our own mundane fears. While they are fiercely positive, August Burns Red in no way skimp on their Metal assault: every track here is a striking slaughter of the senses. In fact, they literally “Quake” in the jackhammering offering of said title. “We have our own burdens to bear,” they remind us in this resplendent track that has some socio-political leanings. The lesson here? In a world where we are each mired in our own little tragedies and with terrorism running rampant, it is important to practice empathy and remember to always be kind!

In “Coordinates,” Luhrs actually sings in a raspy, “clean” vocal. Creating a melancholic melody that parades beautifully alongside lofty guitars and frenzied drum work, this is a poetic plea to let go (“The unanswered questions / Leave the greatest impressions”) and embrace the journey. Clocking in at six minutes in length, “Generations” (“I am the future and I’m here to prove you wrong”) pits beautifully atmospheric guitars against magnificently mauling drums in triumph.

The call to arms of “Float” (“This is where we start / It’s time to wake up the fire inside”) is blistering Metal, a pummeling plea that will become a gargantuan sing-along anthem in the band’s future live shows, for sure. There is a lovely quasi-Spanish influence to some of the guitar-work on “Dangerous,” where looking backward can be our demise. They end with the extraordinarily enslaving “Carbon Copy,” where sonic melody infiltrates the brutal heaviness of a world of clones.

With Phantom Anthem, August Burns Red have created a Metal masterpiece for 2017. Juxtaposing savage vocals against melodic, meandering guitars – always with keen and socially aware, penetrating lyrics – this band prove that you can be hopeful and heavy, positive and pummeling. It is so easy to see why August Burns Red are a Grammy-nominated band and why they are much beloved in Pennsylvania and far, far beyond. Happily flying the flag of fandom, CrypticRock give August Burns Red’s Phantom Anthem 5 of 5 stars. 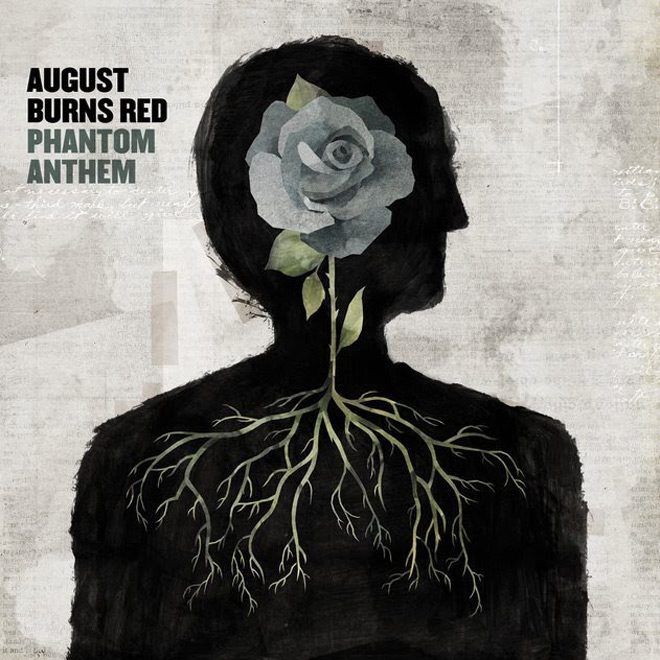