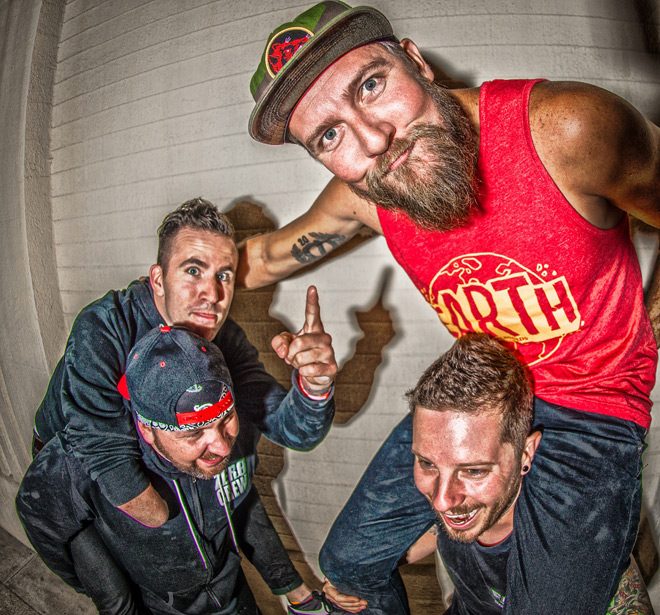 Skate Punks Authority Zero beg you to show what you are made of on their newest release (and hopefully you’re not made of wool!), Broadcasting To The Nations, which became available on June 2nd via Bird Attack Records.

For those who do not know, Arizona’s Authority Zero got their start way back in 1994, blending together anthemic, melodic SoCal Punk with deliciously funktastic Ska and Reggae elements; the result is an impressive 20+ year career in an industry that has the attention-span of a two year-old. Over the course of five studio albums – from 2002’s A Passage In Time to 2013’s The Tipping Point – the band has toured prolifically, sharing stages with literally everyone in the genre, from Pennywise to Flogging Molly, Sum 41 to Unwritten Law. Their music has been featured in numerous video games, TV shows, and film soundtracks, and they are no strangers to accolades and dedicated fans. Of course, with success comes inherent hardships – from line-up changes to stolen equipment – and the band have faced each obstacle in their path with panache and an eagerness to rise above.

Broadcasting To The Nations kicks off with immediacy and a fast-paced blend of Rock and Punk on “First One in the Pit,” a fabulously fun ode to all the guys and gals going hardcore in the pit. “Reconciliation” debates the ulterior motives of a reconciliation that feels more like a retaliation, while the melodic vocals and bass-heavy, frenetic sonics of “Destiny And Demise” stand as a stellar representation of all that Authority Zero is about. Ditto album namesake, “Broadcasting To The Nations,” which introduces Authority Zero’s delicious Ska element to create a track that is a shoe-in for the band’s energetic live set.

Authority Zero take it down a notch with the slowed Reggae beats of “Summer Sickness,” ripe with bittersweet melancholia and somehow the perfect score for star-gazing on a summer eve. Not ones to delay, the band notch immediately back up to “Bayside,” singing their problems away with melodic gang vocals. It paves the way for the stellar anthem “Revolution Riot,” a fast-paced cry for beginning the revolution with ourselves, first and foremost, fraught with killer bass-lines. Equally delicious is the poignant anthem for self-expression and individuality, “Sevens,” a superb track full of melodic Punk sensibilities, and the perfect song to download for an aperitif of Broadcasting To The Nations.

“La Diabla” (or “She Devil” to us English speakers) weaves the tale of the games – particularly those played by enticing female demons – that we play in relationships that keep us sleepless at night.  There’s a sense of fiery Surf Rock Salsa throughout the track, which is a sensuous good time. It moves the band along to “Creepers” – which is sadly not an ode to TUK’s fabulous, iconic shoes – though it does contain a great Ska breakdown and more killer bass work. A dark observation of humanity, “When We Ruled the World,” paves the way for a tale of going nowhere fast. “One Way Track Kid” is the fun ode to all the Punk kids, out there enjoying the ride and dreaming of higher places – usually while creating chaos in the pit. The frenetic pace of “No Guts No Glory” closes out the album on a superb high, though Authority Zero are singing of the tortures of life. Who thought pain could sound so good? (Except, of course, Christian Gray.)

When you pause to consider the heavyweights of the SoCal Punk, Ska-influenced genre – 311, Sublime, No Doubt, hell, even The Offspring – Authority Zero should come to mind, as well. A brilliant band who has so very much to offer –  even as they crawl up on their third decade – Authority Zero continue to go strong with a delicious blend of all things truly Punk Rock set to the sound of sunshine. For these giddy reasons, CrypticRock are joining in the chant of “Let’s go Zero!” to give Authority Zero’s Broadcasting To The Nations 4.5 of 5 stars. 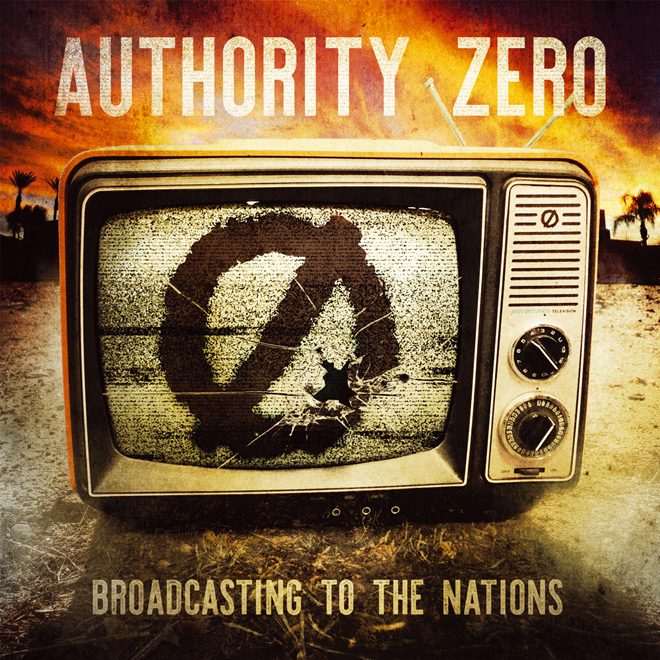 AFI – Bodies (Album Review) Descendents – 9th & Walnut (Album Review)
Like the in-depth, diverse coverage of Cryptic Rock? Help us in support to keep the magazine going strong for years to come with a small donation.