It is not often an actress can act naked and dead for an entire movie yet still incite terror while carrying the story’s plot. However, in the Norwegian film, The Autopsy of Jane Doe, Olwen Kelly (Darkness on the Edge of Town 2014, Why Life Sucks When You’re In Your 20s 2016) does exactly that. Making its way across international festivals through most of 2016, on December 20th, IFC Midnight released the highly praised film on VOD and in select movie theaters. Directed by André Øvredal (Troll Hunter 2010, The Tunnel 2016), the English language The Autopsy of Jane Doe is sure to cement his place in the Horror genre. 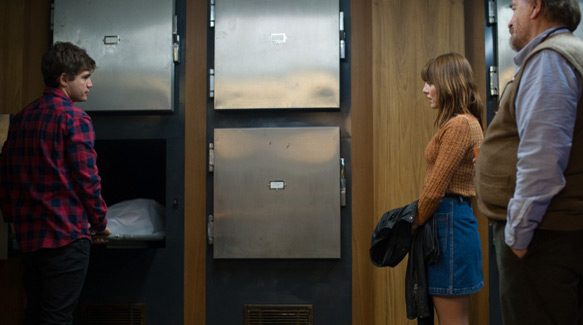 The events of the film take place in modern times, and at the beginning of the story, Sheriff Sheldon (Michael McElhatton: The Fall 2013, Game of Thrones series) responds to a 911 call where several people in a house have died in strange circumstances. While cleaning up the scene, they discover an additional, yet almost perfect body of an unknown young woman – Jane Doe, in the basement.

Late that same night, Sheldon delivers Jane’s body to Coroners Tommy Tilden (Brian Cox: X-Men 2 2003, Rise of the Planet of the Apes 2011) and his son Austin (Emile Hirsch: Milk 2008, Lone Survivor 2013) for an autopsy to ascertain her cause of death. Austin is about to go out with his girlfriend Emma (Ophelia Lovibond: Mr. Popper’s Penguins 2011, Guardians of the Galaxy 2014), but, not for the first time, he puts her off to help his father. 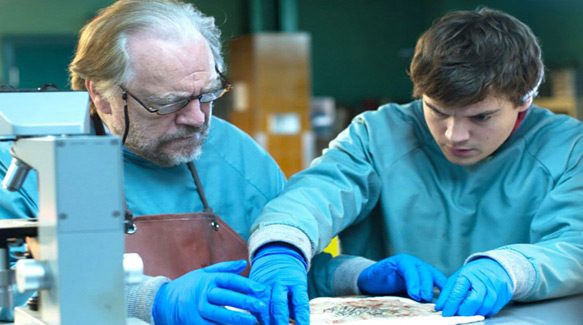 Austin makes a date with Emma for later and he and Tommy begin Jane’s autopsy. From the first incision, it is clear this will not be like all the others. Evidence and clues suggest Jane has in fact been buried for some time and was not killed or originally buried in the place she was found. Aside from being clearly dead, Jane appears almost asleep rather than dead. Along with finding strange artefacts inside Jane and several possible causes of death – but no concrete evidence of one in particular, Tommy and Austin realize, despite all their experience, they are over their heads.

Each incision, probe, or extraction Tommy and Austin do to Jane brings weird and increasingly terrifying consequences. From the family cat being killed, to vials of blood exploding, the further along they go, the more extreme the horror they experience. Alone in the middle of the night, Tommy and Austin’s home/work place becomes a prison and possibly the setting for their own deaths. 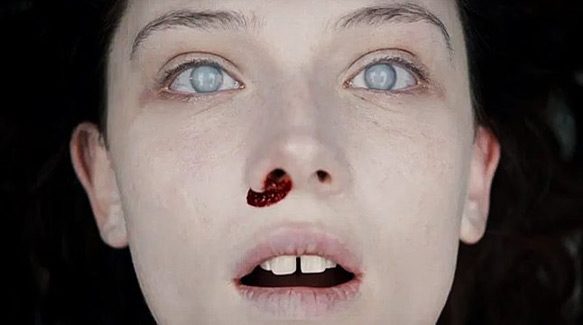 For the film’s duration, Jane lies dormant, inert, the furthest thing from horrific and terrifying the viewer could imagine. Yet, because of her, the two male leads are subjected to a hundreds of years old curse. Hirsch, Cox, and Lovibond not only carry the entire story on their own, they boost it into a whole new category. Using a combination of outstanding special effects and innovative cinematography by Roman Osin (Pride & Prejudice 2005, M. Magorium’s Wonder 2007), the film creates a creepy atmosphere from the beginning. So effective in countless ways, many may never again be able to listen to the one song featured in The Autopsy of Jane Doe the same way again. 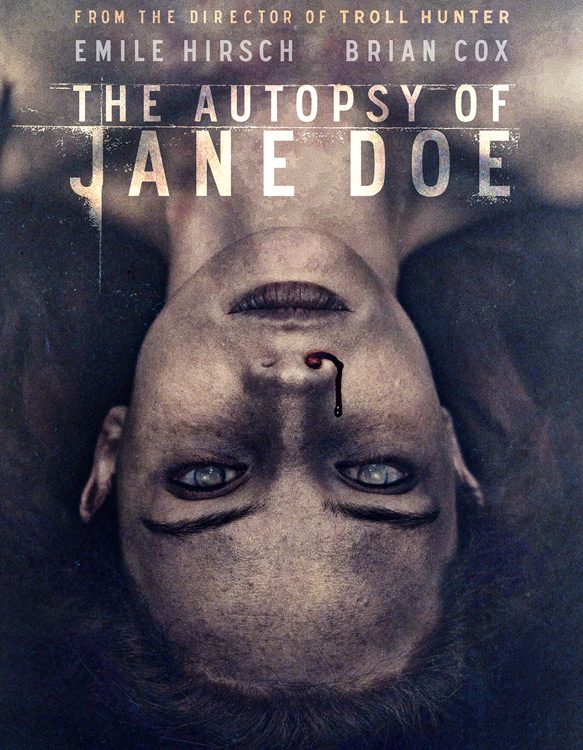