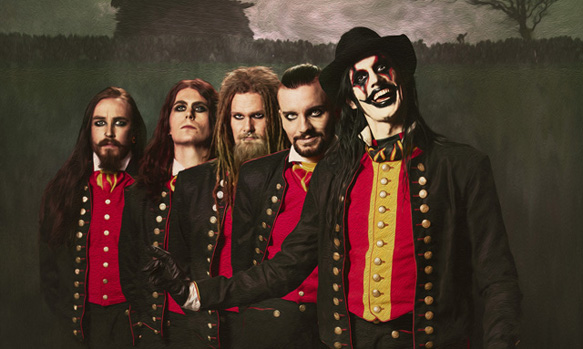 Gothenburg, Sweden’s Avatar arrived on the Metal scene with a splash and fire unlike many others at the time. Their intricate and dark stage presentations were unlike many of their contemporaries and paired with their incredible energy and dynamic sound, they were able to distinguish themselves from their contemporaries. The Swedish quintet have released their sixth studio album, Feathers & Flesh via eOne Music and brought a new sideshow to the “devil’s carnival” of their discography and performance repertoire.

One of the best things about Avatar is their ability to completely mess with the sense of security and obscure of one’s perspective. Just as in their live performances, which is equal parts sideshow, circus, and Rock show tinged with a little darkness, their music is no difference. The songs on Feathers & Flesh lure you in with a false sense of sweetness and security only to then pierce your brain with Frontman Johannes Eckerström’s sudden screams and gutturals. Opening track “Regret” kicks things off by demonstrating the instrumental beauty these guys are capable of and flows seamlessly into the next track, “House of Eternal Hunt.”  Their merriment and revelry are brought to light in “The Eagle Has Landed” with its circusy rhythm and upbeat tempo.

Throughout the album, the crunch of the guitars and the mix of Eckerström’s dynamic vocals make this album an impressive development from their previous release in 2014, Hail The Apocalypse. “New Land” is an eerie and almost dystopian lullaby about a “home” that may or may not exist and remains unreached. “Tooth, Beak, Claw” follows the melodic disillusionment with a more vicious, but equally unsettling and haunting orchestration that mixes gutturals and a creepy, spoken word-style bridge with melodic singing. The combination of these styles in this song and the chill down the spine effect is only offset by the impressive guitar solo and instrumental breakdown.

“For The Swarm” demonstrates an almost System of a Down kind of erraticness and combustion style. It is heavy, exciting, and a bit sinister. “Fiddler’s Farewell” sees the return of the somber and cryptic with its slow heaviness and solemness. “Pray The Sun Away” features heavy drums and the zing of sharp strings before unfolding into full on crunch and riffs with staticky screams. There is a jazziness underneath the blatantly Metal components that carries the song and adds a bounciness. “When The Snow Lies Red” feels like a classic Metal song at the offset with an ’80s Metal sensibility at its core and layered with elements reminiscent of early Pantera tinged with moments that feel Sabbath-inspired. It is entrenching and hard to ignore, in the best possible way.

“Sky Burial” closes things out on the highest creep factor with Eckerström softly speaking/singing about a darkness that surrounds him before the music begins. Like a funeral dirge, the snap of snare drums come in like a processional. The darkness and heft is visceral and palatable. Easily the most under-produced sounding song on the album, its simplicity is what shakes the listener and garners the most impact for the song. It is Cimmerian, preternatural, and ghoulish.

Feathers & Flesh is an album aptly named for the heart of its contents. The lighter and more mellifluous moments on the album act as the “feathers” of various tracks before the band takes their pound of “flesh.” Always keeping you guessing and intrigued, Avatar have created a diverse and intricate tapestry of sound that encompasses so many styles and approaches the journey is well on its way before the listener will think to fasten their seatbelt. It is engaging and disarming, and like a seven course meal for the musically starved. With refreshing palate cleansers, hearty sonic servings, and a chilling yet preternatural aural aperitif, Feathers & Flesh is enough to satiate the hungriest Metal fan, fulfilling several needs all at once. CrypticRock gives Feathers & Flesh 4.5 out of 5 stars. 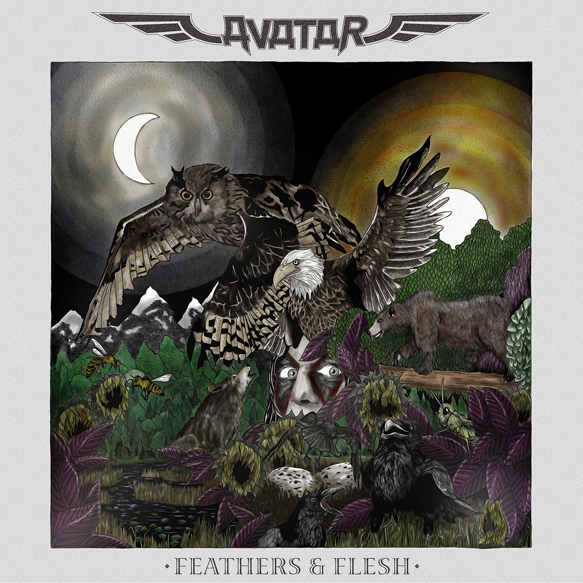