Avatar put on a gazing performance at Webster Hall, NYC 9-10-14

The word Avatar has become a popular one in the past couple of years. Thanks to the plethora of social media sites available where everyone adopts and designs their own characters or symbols to represent themselves, as well as James Cameron’s 2009 blockbuster movie, the term has become a common one in everyday speech. A lesser known, but fast rising, application of the word is none other than Gothenburg, Sweden’s very own Avatar musical affair. Rest assured that the only similarity between the band and the aforementioned movie is the name itself. Where the film is a modern fantasy adventure, the band offers a fresh melodic/groove metal style that is unmatched by their peers from the same town. Where the film featured blue CGI aliens and Michelle Rodriguez, the band features five members dressed in matching circus-esque attire with a lead singer face-painted like the “Joker”. Having released their fifth studio album, Hail the Apocalypse, back in May, the band Avatar played their first of many shows on a new stretch tour dates Wednesday September 10th at the Studio at Webster Hall in NYC to a crowd that filled the room by the time the Swedish titans had taken the stage.

Starting out the show was Red Bank, NJ’s Beyond Visible; the night was just about to begin.  On the scene a few years now, this hard rock outfit combine a moody melodic sound with a powerful stage performance that took the crowd by surprise.  Led by distinctive vocalist Dean Nugefuck, this band has a promising future the hard rock world will be dying to hear.  Their debut album Creating Change is out now.

Next from the tri-state area was NYC’s own Metalfier.  Together since 2007, when formed by vocalist/guitarist Andrew Janda, the band is rounded out by drummer Adam Romanowski and bassist Miguel Angel Rodriguez.  Having had the pleasure of opening for Destruction at Webster Hall back in March, the band was ready to rock once again.  Taking on a more traditional metal influence, the band came out with thick, heavy guitar riffs and blistering vocals that would make any fan of old school thrash metal satisfied.  Be sure to check them out as they continue to play in and around NYC.

With two local openers who performed impressive sets to substantial fan bases, Avatar took the stage a little after 9:00 pm. Coming out one at a time, starting with drummer John Alfredsson, each member took their designated spot on the tiny stage. Finally, at the apex of the crowd’s growing cheers, vocalist Johannes Eckerstrom stormed onto the stage, opening with the first song “Hail the Apocalypse”. The turmoil began as the band effortlessly blasted through the single, inciting movement and excitement from the masses. Vocalist Johannes Eckerstrom is a cheeky chap on stage whose facial expressions are both terrifying and hilarious with a tongue’s length that would make Gene Simmons envious. After their third number, the band took a moment to greet the audience, introduce themselves, as well as asking the crowd to sing along. With the amount of energy exhibited from the band, one really has to wonder whether Johannes was, in fact, drinking diesel fuel out of his gasoline canteen onstage. Drummer Alfredsson’s double bass were as crisp and tight as the duel guitars of Jarslby and Ohrstrom. The band played an eleven song set which included numbers like “Black Waltz”, “Vultures”, and “Let it Burn”.  By the time the band reached their last number, “Freak Show”, the crowd was both exhausted and exhilarated.

For a first show on the trek, the band certainly brought their A-game to New York City. Being true European gentlemen, the band made themselves available to fans prior to the show, both inside and outside the venue, as well as after the show at their merchandise stand. The band seemed genuinely appreciative and social with their fans, rather than appearing to go through the motions or snubbing the crowd. One can only imagine what is in store for these guys in the immediate future. With a long list of dates coming on this tour, including a stop at the inaugural Knotfest, make sure to check out Avatar at a venue near you. 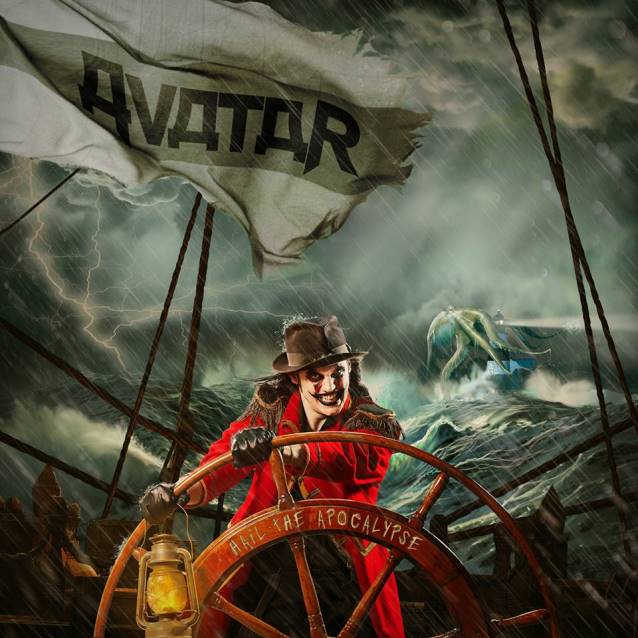 Read the review of Hail the Apocalypse on CrypticRock