Fighting for your life can be an immeasurable terror to go through, much less to do in front of the entire world. Established as a teenage punk rocker and referred to as the Punk Rock Queen, Avril Lavigne is making the comeback of her life. Lavigne’s new and sixth record, Head Above Water, sheds a different light on who she is today and will be available February 15th via BMP Records.

The Canadian Pop star debuted with Let Go in 2002 and grabbed the attention of millions. Since then, the eight time Grammy nominated artist has sold a total of 40-million records over the course of 17 years. However, during her last tour in 2014, it wasn’t all glitz and glam: Lavigne’s health deteriorated, and after many tests and doctors the mystery was solved. She was diagnosed with Lyme disease, which would be the start of the battle for her life. Over the course of two years, Lavigne’s fight kept her bedridden, focusing her attention on what she knows best – telling her story.

The 12 tracks on Head Above Water showcase a different yet refreshing side to Lavigne. The edgy Punk princess is still lurking in the shadows and makes appearances on tracks like “Dumb Blonde” – an aggressive, flamboyant banger along the lines of “Girlfriend” and “What The Hell” – where the marching drum line and witty lyrics give off strong girl power vibes, creating an anthem for 2019.

Most of her tracks take on the softer side of Lavigne with a collective of ballads containing strings, keys, and the beloved acoustic guitar. Occasional horns pop up and add some life, such as on break-up track “Tell Me It’s Over.” The sassy tune still carries a traditional swaying swoon, which gives off the feel of Kelly Clarkson’s latest record/sound, however, large horns and a chorus in the background add volume and density. Meanwhile, Demi Lovato-esque and R&B infused Pop track “Birdie” begins with heavy piano which transforms into the steady beat of deep drums as Lavigne sings about wanting to break free. The sincerity in her voice bleeds through as she sings, “You can’t pull me down… No more bruises and battle scars.”

Though mostly given away by the title, the next track “I Fell In Love With The Devil” carries the same previous feelings and tone as the track before. This song has a quick draw of deeper strings thumping along as higher toned strings tear away at the atmosphere, filling the track with elegance despite its title. Not soon after, the strings are followed by somber piano as Lavigne confesses that she is pleased to be saved from “this hell.” Though the longest track on the record, it may not be her strongest but her vocals still shine bright.

Instead, it’s tracks like “It Was In Me” that really take the limelight. Lavigne paints a picture of all the places she’s searched for herself, and boldly declares “All I needed was a little faith in my life / All I needed was to find the  truth in my heart.” The genuine search to find that strength blends well with the strings and guitar, and the listener can truly believe in the process of trusting herself. Another standout track is “Goddess,” which shed light on Lavigne finding a pure gentleman in even the darkest of times. The track contains gentle acoustic guitar plucking away and sucking the listener in, while her pure vocals share an adorably sweet insight of being treated like a goddess.

Hints of older tracks are left like Easter eggs to find. “Souvenir” sort of recycles the “ee-yeah-yeah” from “I’m With You.” Acoustic guitars pull the listener in, sharing “Mobile” sing-along similarities about wanting to hold onto the moments and feelings with nostalgia and the summer breeze atmosphere. Final song “Warrior” musically shares similarities to The Best Damn Thing‘s “Innocence” as a bold and confident ending to the new record, where Lavigne reclaims her resilience and her strength.

They say less is more and this holds mostly true for this album: Lavigne takes a step back musically and uses her voice as the driving force. Head Above Water shows fans Lavigne won’t ever let anything stop her, and she’s ready to take on the world even stronger. Though there are moments that lyrically seem odd or out of place, it’s believed those quirks will grow on the listener over time. For these reasons, Cryptic Rock gives Head Above Water 4 out of 5 stars. 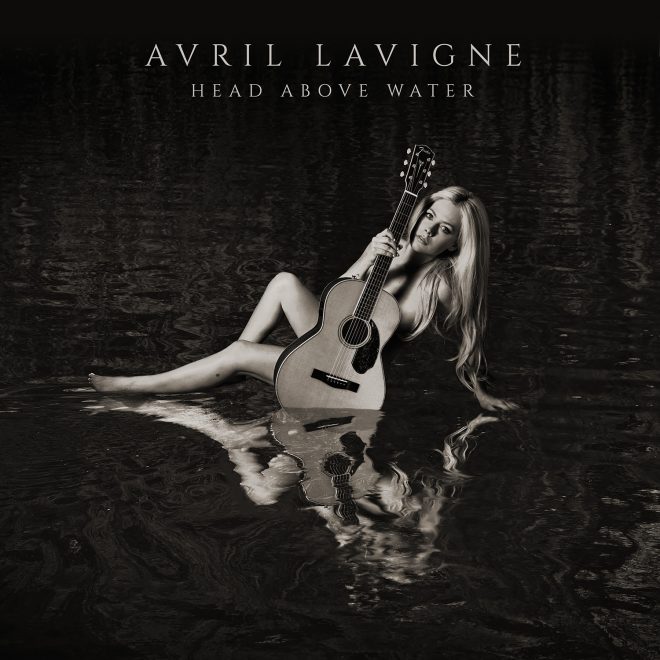