In the 1980’s and ’90’s Action hero films, male stars such as Chuck Norris, Sylvester Stallone, and Arnold Schwarzenegger, to name just a few, were red hot. With the changes in the type and style of movies that younger generations like to watch, the number of action heroes per se has decreased. However, with latest movie to be released on July 7th by 7Heaven Productions and Archstone Pictures, Awaken, also known as A Perfect Vacation, may change that. Awaken was written by team of impressive writers including renowned cinematographer and director Mark Atkins (Battle of Los Angeles 2011, Jack the Giant Slayer 2013); who also directed Awaken, co-written by Actor/Writer Natalie Burn (Petrovich 2013, The Expendables 3 2014); who is the film’s main star, Producer/Writer/Actor Scott Martin (The Rig 2010, Battle Force 2012), Ryan Priest (The Scam 2012, Top Flight Security 2013-2014), and Producer Michael Thomas Slifkin (Grizzly Mountain 1997, P-51 Dragon Fighter 2014); who tells the story of Billie Kope (Burn). 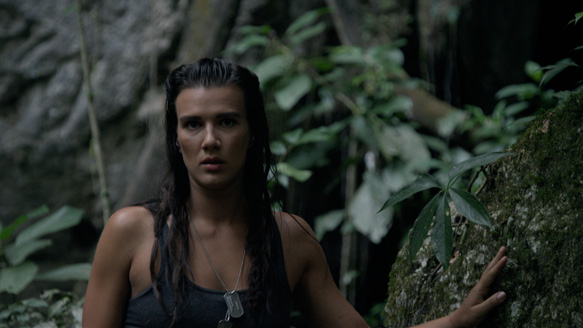 After searching for her missing sister in Mexico, Bille (Burn) wakes on a tropical island, and finds she is not alone. With little memory of how they got there, Billie, and a group of others, find themselves trying to understand why they are on the island and how they can get off, but it is not as easy as it may seem. Billie is introduced to Nick (Michael Copon: Hawaii Five-O 2010, Dystopia 2015-2016), Stitch (Daz Crawford: Gemini Division 2008, Trenches 2010), Chloe (Augie Duke: Bad Kids go to Hell 2012, Coyote 2013), and Berto (Edward Furlong: Terminator 2: Judgement Day 1991, American History X 1998), Todd (Philip Tan: Bloodsport 2 1996, Big Momma’s House 2000), who lead her to meet a man named Quentin (Robert Davi: The Goonies 1985, Predator 2 1990), who seems to know some of what may be going on. Unfortunately Billie and the others’ time on the island is also spent dodging soldiers who are determined to kill them. Amongst the soldiers after them are Xander (Michael Pare: The Philadelphia Experiment 1984, The Lincoln Lawyer 2011) and the relentless killing machine, Sarge, played by the quintessential bad guy himself- Vinnie Jones (Lock Stock & Two Smoking Barrels 1998, Snatch 2000). Luckily for Billie, her father taught her and her sister to not only defend themselves but be able to fight in hand to hand combat, which provides very useful, enabling Billie to save herself more than once.

Unbeknown to Billie, on the other side of the island is a wealthy, powerful man, Rich (Jason London: The Rage: Carrie 2 1999, 7th Heaven 2003), who has his own plans for the group, which directly contradict Billie’s will to live and determination. Rich has laid everything on the line to create a black market business, and there are plenty of wealthy people who take up his services, one of whom is worried, but deadly mother Mao, played expertly by veteran actress Daryl Hannah (Bladerunner 1982, Splash 1984), who channelled her inner bad gal again. Mao’s daughter, Violet, is terminally ill, and only surgery will keep her alive. When the donor Rich has lined up for Violet does not play ball, his tightly wound world begins to crumble around him. Round housing her way through the jungle with Nick and Stitch by her side, Billie is determined to not only find her sister, but stop Rich and his crew. Neither Rich nor Billie have an easy time reaching their goals, and both sides suffer their losses. 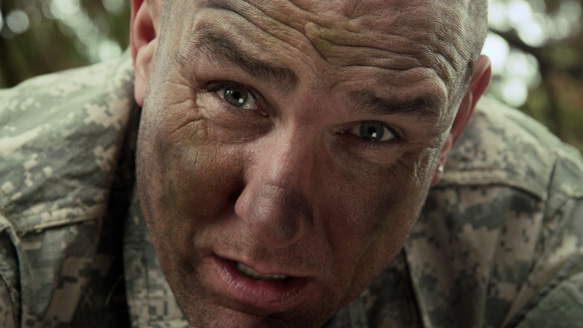 With the tag line, “The only way out of this Island is in a body bag,” this movie is touted as Action Horror, but, there is little if any Horror to be found. What it lacks in Horror it does make up for in Action, and intensity. Special effects highlight the close contact fighting scenes well, and the cinematography has a gritty, almost ’80s-like feel to it, which seems to be coming popular with new directors. Burn is a well-trained fighting machine, and in effect carries the movie’s action scenes largely by herself, the focus being on her strength and will to keep going. An underlying theme of the oppression of the poorer masses by the rich is hidden just below the surface. Filming took place in California ,USA, and there is some beautiful scenery that surrounds the solid storyline. 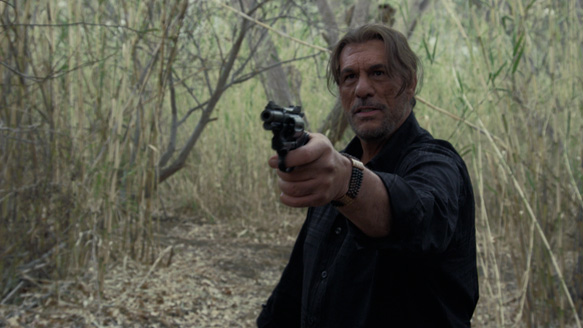 Awaken holds a steady pace throughout, with constant Action scenes rather than taking the viewer on an up and down roller coaster. With such a talented cast of actors and writers, Awaken has all the hallmarks of a great movie, but falls slightly short with some scenes being flat. Burn has a bright future ahead of her as an Action star, and the ending leaves it open for a sequel. Overall, Awaken is a must watch movie for Action fans who appreciate the same level of intensity. CrypticRock gives this movie 4 out of 5 stars. 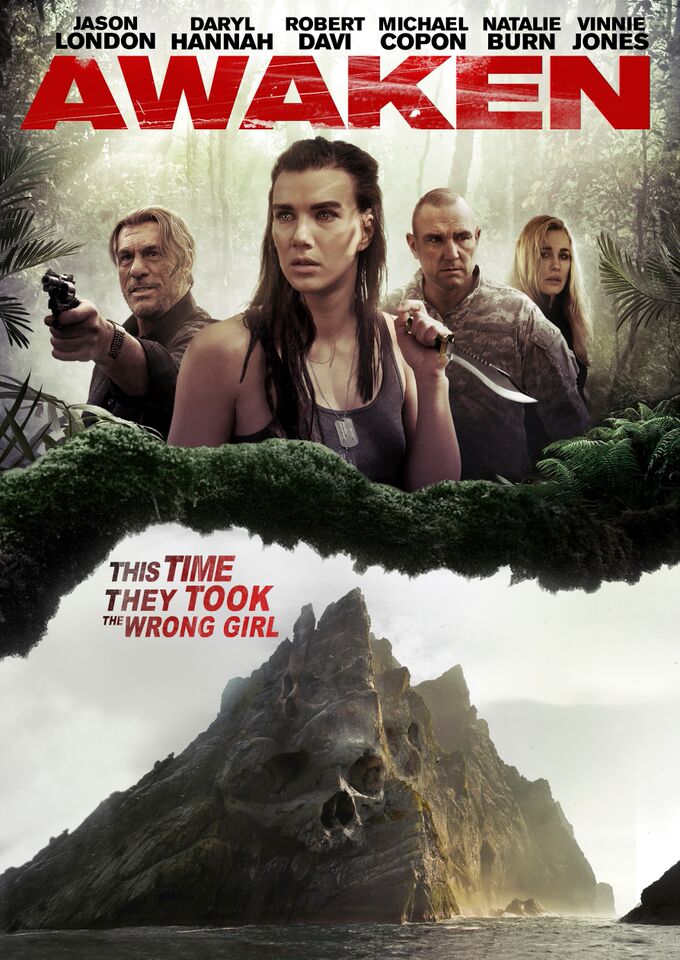 Purchase Awaken on DVD on Amazon