If these walls could talk, all they would do is scream. Setting the mood for IFC Midnight’s newest release, The Axe Murders of Villisca, over a century later, breathes new life into the unsolved murders that took place in Villisca, Iowa. Set for release on January 20th, written by Owen Egerton and directed by Tony E. Valenzuela (Fight of the Living Dead TV Series, BlackBoxTV TV Series), they offer a more modern interpretation of the long forgotten massacre that will forever stain the pages of Villisca’s otherwise quiet town’s history. 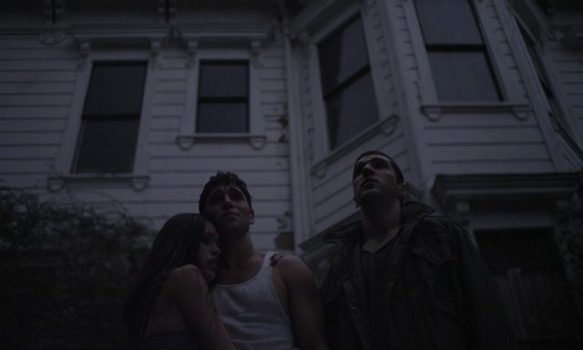 Opening at Villisca murder house, dated June 10, 1912, the actual date the murders occurred, viewers are given a brief glimpse of the horrors that took place. With the murderer ascending the stairs with an axe in hand, he makes his way to Josiah and Sarah Moore’s bedroom where he brutally bashes their faces in with the blunt end of the axe while they sleep.

It is suggested that the crazed Reverend Kelly (Whalen) is possessed by some kind of incredibly evil force, because the whites of his eyes have disappeared behind a layer of darkness that seems to mirror that which has taken hold of him. The movie then cuts to an injured Lena (Lawler) who is pleading with her sister, Ina (Kolker), to get out of the house and save herself; but before she is able to get away, Kelly appears and crushes in their skulls as well. 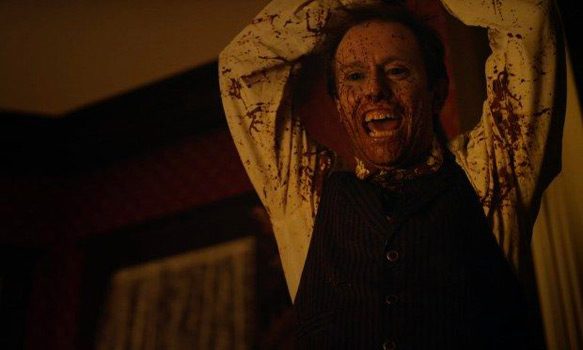 Jolting forward 104 years to present day Iowa, the audience is introduced to high school students Caleb (Adamson) and Denny (Sleeper), who appear to be outcasts and victims of bullying by Connor (Bodenstab) and Rob (Rhude). Jess (Frnka), the new girl that has already managed to tarnish her reputation with a drunken sex video that has gone viral, gets harassed by Rob until Caleb steps in and takes care of him for her.

Jess finds herself infatuated with Caleb and decides to stop by his house one day after school, unknowingly crashing Caleb and Denny’s road trip to Villisca to check out the infamous Axe Murder House that Denny seems to be so obsessed with.

The owner of the home, Greg (Gries), gives the kids a tour of the house, revealing the grisly details of the massacre that resulted in the deaths of eight people – two adults and six children. Valenzuela did an excellent job of accurately telling the story of the Villisca murders, only slightly changing certain particulars for the purpose of adding a little extra dramatic effect.

The tour of the house is cut short when strange things happen that result in Caleb, Denny, and Jess having to leave, but Jess comes up with the idea to break into the house after dark and conduct their own paranormal investigation.

After they return to the house, the evil that lurks there does everything within its power to not only take control of each one of them, but also reveals details of the murders that were never mentioned upon their initial tour of the house. The outcasts are bonded by the challenges and difficulties plaguing each of their lives, but they must tame their own demons if they ever expect to make it out of Villisca alive. 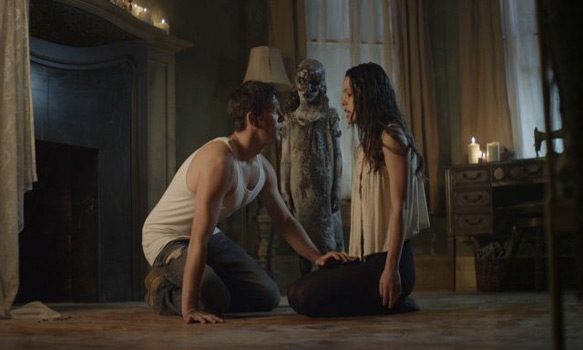 From seeing silhouettes and moving shadows, to hearing disembodied voices and footsteps, the teens experience paranormal occurrences that would greatly exceed anything they could have imagined they might endure while in that house. Brandon Roberts (World War Z, Woman in Black) provides a film score that creates an atmosphere of fear, anticipation, and suspense; and in addition to exceptional cinematography, aids in transporting the audience back and forth from tragic past to terrifying present.

The special effects, especially those with regards to the portrayal of Ina’s ghost and the evil in the house, are terrifyingly beautiful; painting a picture that stays with the viewer long after the movie is over. The horror in this movie is much more subtle and atmospheric, starting with a bang and then slowly building its way up to an ending that is sure to deliver quite the explosion. CrypticRock gives this movie 4 out of 5 stars. 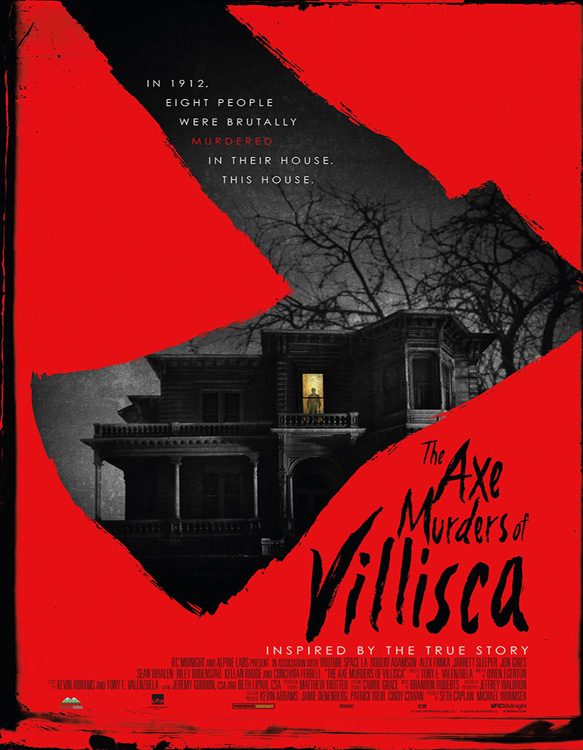