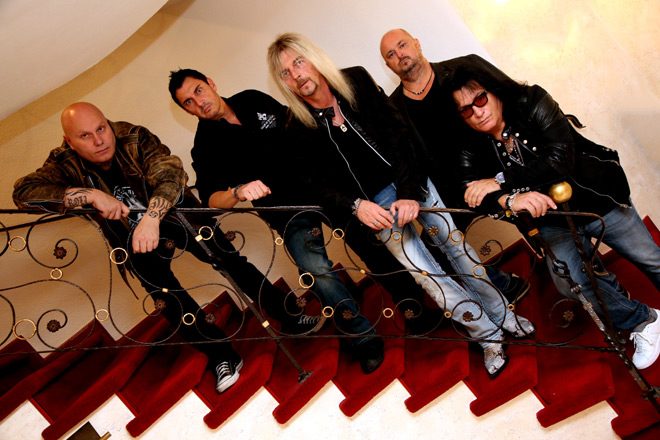 Germany’s Axel Rudi Pell has built a musical career spanning three decades, from his early beginnings with Steeler to his own solo career onwards. Dishing out new material on a consistent basis, amidst all the hard rocking, every few years the talented axeman and his band show a softer side by releasing a compilation of ballads. Begun back in 1993 with the album simply entitled Ballads, thus began a series, continuing on in 1999, 2004, and 2011. Like chapters in a novel, each collection offers a new take on previously recorded studio tracks along with some classic covers. Now, a year following the epic album Game of Sins, Axel Rudi Pell is back with The Ballads V on April 21st, 2017 via Steamhammer/SPV.

Recorded with the same lineup as his previous two albums, Pell (guitar) is joined by Johnny Gioeli (lead/backing vocals), Ferdy Doernberg (keyboards), Volker Krawczak (bass), and Bobby Rondinelli (drums). Already working on their next full album for 2018, they will be playing some festival slots through the summer, but are keen to please fans with this latest collection of songs including a guest spot with the Queen of the Power Ballad, Bonnie Tyler, along with renditions of Ed Sheeran, Deep Purple, and Neil Young tracks.

Beginning with the new track “Love’s Holding On,” Pell specifically wrote it to entice the aforementioned Bonnie Tyler to record with him. While it is a strong, dramatic song as Gioeli manages to blend his voice with Tyler’s well, it cannot go unnoticed that Tyler’s voice has changed through the years. Then there is “I See Fire,” a newly recorded cover of an Ed Sheeran song made famous through being featured in 2013’s The Hobbit: The Desolation of Smaug. Shifting from an acoustic guitar track to a full on emotional piano/guitar piece, it holds a richness and warmth that makes it a pleasure to hear. Another new piece, “On The Edge Of Our Time,” has a timeless quality, making it sound like a classic. With tenderness and waves of musical sentimentality, it will melt the hardest heart with some exquisite guitar work.

Then there is Neil Young’s “Hey Hey My My,” a standout from the legendary songwriter’s catalog turned into a ballad which is dark and gloomy. Included on the band’s 2014 album, Into The Storm, Pell’s version utilizes the violin to provide a melancholy session which is far from romantic, but that is what makes it all the more moving. Following next is “Lived Our Lives Before'” which was originally featured on 2012’s Circle Of The Oath. Built on layers of electric and acoustic guitar, the subtle percussion gives it depth, power, and passion. “When Truth Hurts” is another Into The Storm offering where the band showcase the heartbreak song with anguish and regret.

Moving on, soaring guitar solo’s define “Forever Free,” from 2016’s Game of Sins. Sumptuous in its melodic structure and harmonies, it has echoes of ’70s era Rainbow with Ronnie James Dio. From the same album yet again, “Lost In Love,” contains choral backing, intentional allusions to Elvis’ “Can’t Help Falling In Love,” along with a beat that will rock listeners side to side.

Closing out The Ballads V are two live recordings starting with “The Line,” which was recorded at 2016’s Rock of Ages Festival in Germany. Previously unreleased, it mixes slow and meaningful with harder, grittier guitars as it builds its atmosphere, creating the image of lighters held aloft as festival goers mellowed and drifted into another world. The second live offering, “Mistreated” is a cover of the Deep Purple classic. Recorded at Pell’s 25th Anniversary show in Balingen back in July 2014, it includes Ex-MSG/Rainbow Vocalist Doogie White and Rainbow’s Tony Carey on keyboards. Previously covered on the 1995’s Made in Germany Live, the latest version is an extra epic at almost fourteen minutes long while including a breathtaking and mesmerising guitar solo.

Released in several special formats, including a limited edition box set, The Ballads V is a must have for all Axel Rudi Pell fans. Pell’s guitar work is stunning, his choice of songs is interesting and challenging, and he certainly belongs up on the pedestal with some of Metal’s guitar greats. His legion of followers will lap this album up, and it is ideal for those evenings when you want to relax and reflect on life. For these reasons, CrypticRock gives The Ballads V 4.5 stars out of 5. 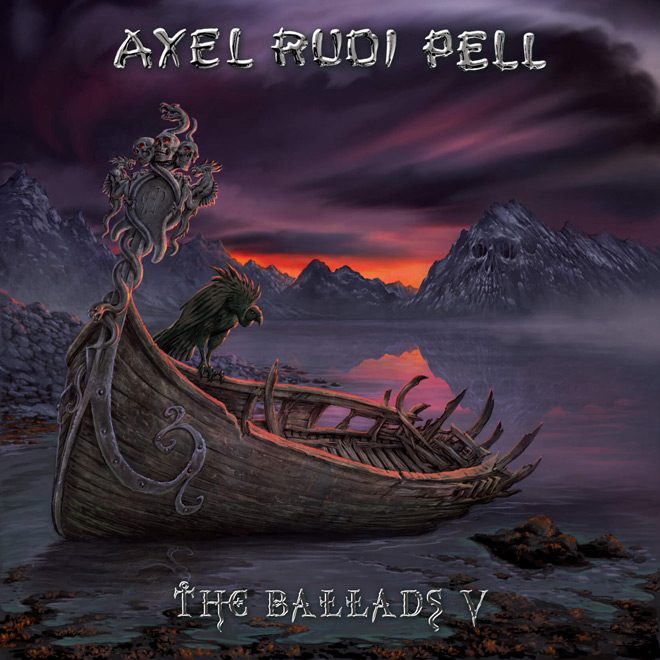