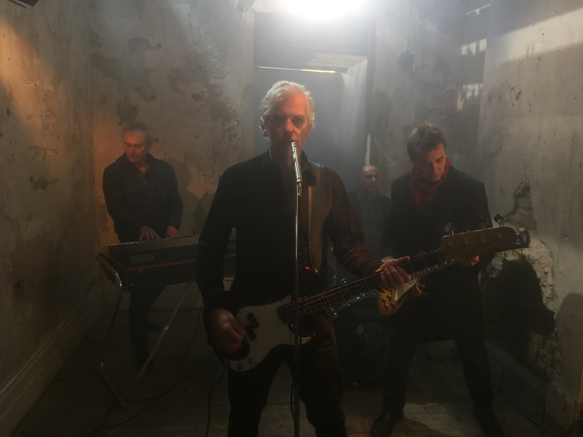 Fans of Post-Punk and New Wave music will most likely be familiar with the English band B-Movie primarily for the songs “Nowhere Girl,” “Remembrance Day,” and “A Letter from Afar,” which enjoyed regular radio airplay in the 1980s, during the genre’s’ heyday. Unluckily, B-Movie got to release only one full-length album, 1985’s Forever Running, and then the band broke up, its members consequently pursuing individual endeavors. Because of this, B-Movie did not reach the same level of success and popularity achieved by the likes of The Cure, Depeche Mode, Duran Duran, and Tears for Fears, whose respective musical styles belong to the same sonic spectrum. And then, in 2004, nearly twenty years after the band’s demise, the original lineup of Steve Hovington (vocals, bass), Paul Statham (guitars), Graham Boffey (drums), and Rick Holliday (keyboards) reunited to play some one-off shows. The quartet took almost another decade before they were able to release a new album, 2013’s The Age of Illusion. Fortunately, the follow-up to this was swift and consistent; on March 17, 2016, B-Movie unleashes another solid and proud throwback to the band’s trademark sound.

Climate of Fear opens with the sinister-sounding “Another False Dawn,” whose driving bassline and scaling synth melody may remind the initiated of the Gothic sound of the Post-Punk pioneer Joy Division (“Transmission”), early Modern English (“Move in Light”), and the iciness of later A Flock of Seagulls (“Rainfall”). The retrospective and nostalgic mood continues on to “Come Closer,” which will seamlessly fit on a playlist that includes “I’ll Always Be Grateful” by A House, “Shine On” by The House of Love, and “Skyscrapers of St. Mirin” by The Close Lobsters. And then there is the jazzy “San Francisco,” featuring an intricate piano adlib and vocal melody reminiscent of Echo & the Bunnymen’s “Do It Clean.” The ensuing “Corridors” sounds like an extension of the previous track, maintaining the head-bobbing beat. The spirit then transubstantiates to something wistful as the piano-led “Forgotten Souls” enters as a slow ballad, only to revert to the same upbeat tempo and then finish the way it started.

The title track is certainly the album’s rocking moment – edgy, sharp, and ominous, effectively punctuated by symphonic drum-and-bass shots and veiled with ghostly keyboard melodies. The mood flows flawlessly into “A Girl and a Gun,” whose broken-chord guitar plucks and harmonics and pounding beat align it with the earlier songs of another much-missed English band, The Bolshoi (“A Way”). The structural drama builds up with the penultimate track – the slow, hypnotic, and progressively arranged “The Remnants.” Finally, the album closes with the lyrically declarative “Feeling Gothic,” whose interplay of choppiness and danceability is an obvious homage to the band’s glorious past, exuding a whiff of “Switch On, Switch Off,” B-Movie’s perhaps catchiest and most-loved single.

It may have failed in its heyday to walk the red carpet of New Wave and Post-Punk A-listers, but B-Movie can definitely wave high its cult-status flag, alongside equally lesser-known bands such as The Wild Swans (“Bringing Home the Ashes”), The Lotus Eaters (“German Girl”), and The Pale Fountains (“…From across the Kitchen Table”), all of which got to release only a couple of albums but have long become more legendary than their mainstream-breaking contemporaries. CrypticRock gives B-Movie’s Climate of Fear 4 out of 5 stars. 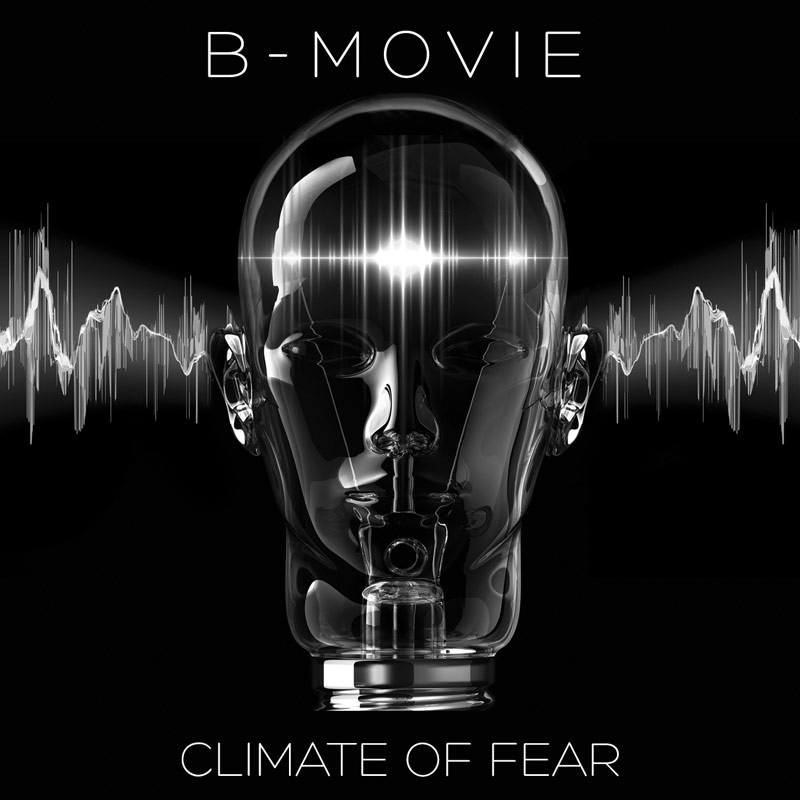