It is pretty much guaranteed that everyone has a soundtrack to their lives. Taking that concept in mind, there has always been a symbiotic relationship with film and music. Music has always been used to enhance the tone or the overall action in a scene, and when used correctly can make or break an entire film. Usually, music is used secondary to the film, it is just there in the background, like a bully’s best friend egging them on to take your lunch money, while still not taking responsibility for the action. But, what if the music is as important as the film itself? More importantly, what if the music was one of the main driving forces of a film? Can it be done? And if it can be done, how the hell would something like that work? 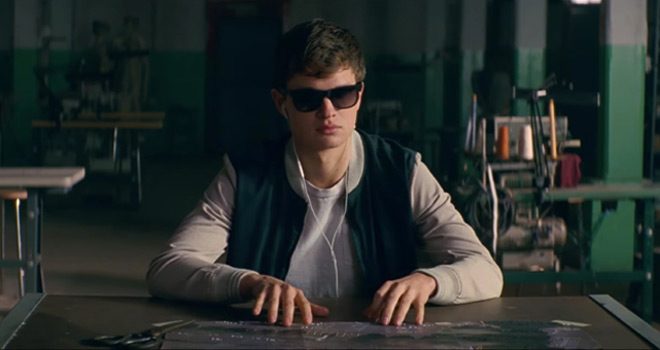 Thankfully, Writer/Director Edgar Wright answers the call with his latest film Baby Driver. Hitting theaters on June 28, 2017 via Working Title Films and TriStar Pictures, if there is one thing that Wright can do well, it is to take a genre, completely turn it on its head, and make it seem like new. Doing this with the 2004 zombie epidemic on Shaun of the Dead and the Sci-Fi epic, 2013’s The World’s End, this time he uses the same formula in the heists genre. While the classic tropes of style as well as flare is evident, he infuses music to make it a whole new type of film, one that has never been seen before.

The film starts off with Baby, played by Ansel Elgort (The Fault in Our Stars 2014, Allegiant 2016) driving three thieves to the scene of the crime, Griff, played by Jon Bernthal (The Walking Dead series, Daredevil series); Buddy, played by Jon Hamm (Mad Men series, The Town 2010); and Darling, played by Eiza Gonzalez (Almost Thirty 2014, From Dusk Till Dawn: The Series). Now, here is where the interesting part comes in, the film does not really start when the audience sees the car parking. No, Baby Driver takes off the moment Baby hits play on his iPod. That is the genius touch that the film has, and it is almost like the visuals and action are secondary to the music. 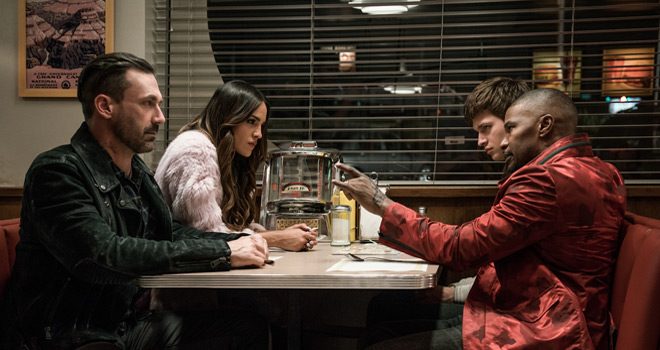 After Baby hits play, there is a 2 minute build up of Baby singing in his car, but we also see glimpses of the heist. These 2 minutes are important, and as entertaining as this time is for the audience, that is just enough time for the completion of the heist. That in mind, as soon as the song hits the 2 minute mark, it picks up, and so does the film. Baby, as the getaway driver, races across Atlanta trying to get rid of the cops. It is one of the most thrilling car chases of any film in the genre, it is also worth mentioning that all the car chases in this film were all done practically. Wright has said many times that there was little to no CGI in the film, and that adds to believability and raises the stakes as high as possible.

After the cops are lost, we cut to Baby as he gets coffee for the heist team. Although Baby Driver is loaded with huge spectacles and action sequences, this 2 to 3 minute long take might be the most impressive shot of the entire film. The shot is of Baby walking down 2 blocks as he dances and runs into literally everything there is to run into, goes to a coffee shop, orders his coffee, pays, and then dances back 2 blocks to where the team is. It is an incredible piece of acting, directing, and production. From there, viewers meet Doc, the leader of the team, played by Kevin Spacey (Se7en 1995, House of Cards series). Giving the audience a chance to learn about the relationship between Doc and Baby, this film is not all about action and epic car chases, there is a lot of heart that is tied into it, which makes it quite engrossing.

A fantastic cast, including Jamie Foxx (Ray 2004, Django Unchained 2012) as Bats, Baby Driver is one of the best films of the year. Having a lot going for it including humor, action, gore, and so much heart, it is also fair to say that it is has one hell of a soundtrack. A soundtrack that is featured in almost every second of the film, so much so, that whenever there is a gunshot, it goes off to the beat of the song. 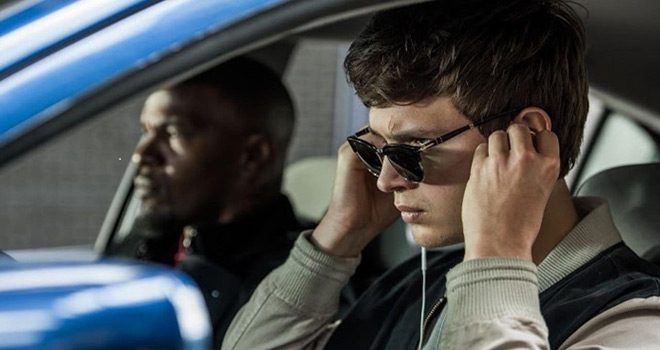 Music is not only the driving force of Baby, but it is part of his psyche, and that point is driven across by making sure that there is music playing as much as possible. A whole new territory in not only the genre, but developing strong and complex characters, CrypticRock gives Baby Driver 5 out of 5 stars. 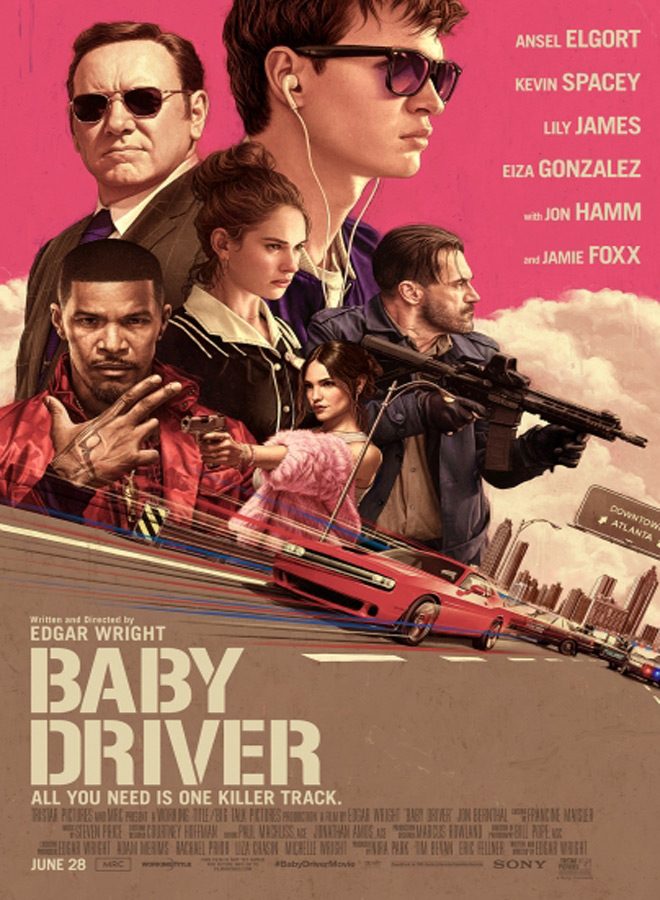