Music is a powerful force that brings us together regardless of age, ethnicity, or economics. It has the ability to heal, uplift, and most of all, inspire us to do great things. Looking back in time, growing up 1 of 6 brothers, a shy young man named Kenneth Edmonds turned to music as a form of expressing himself. A natural outlet for many of us, who would have known that it would lead him to become one of the most accomplished songwriters, performers, and record producers of our time. That boy, we all know as the one and only Babyface.

A career that has spanned over 4 decades, Babyface has written and produced over 26 number-one R&B hits, earned 11 Grammy Awards, all while winning the hearts of millions of fans the world over. Earning his stage name due to his youth appearance, as he approaches the age of 60 in a couple of months, he still warrants the title. Returning to the studio in 2014 to record his first album of new material since 2005’s Grown & Sexy, 2015’s Return of the Tender Lover came with plenty of excitement to old school R&B fans. Now, as we begin 2019, Babyface remains invigorated, kicking things off with some touring as he also plots to release another brand-new album later in the calendar year. Excited yet? You should be! That in mind, the Tender Lover himself launched the first show of a scheduled string of shows on the evening of Thursday, February 7th. Ironically a week from Valentine’s Day, love was in the air at Long Island’s historic NYCB Theatre at Westbury.

A damp night, with passion filling the theater, so did a mass of fans of all ages and backgrounds ready to kick back and chill out with Babyface. Announced as an 8 PM showtime, first up was one of Long Island’s own, Melvin George II. A comedian out of Rockville Centre, George played off the idea of being ‘un-cool’ while wrapping it around some clever jokes. Funny, yet topical and positive, he did a fitting job of keeping the crowd engaged as they awaited the music to begin. 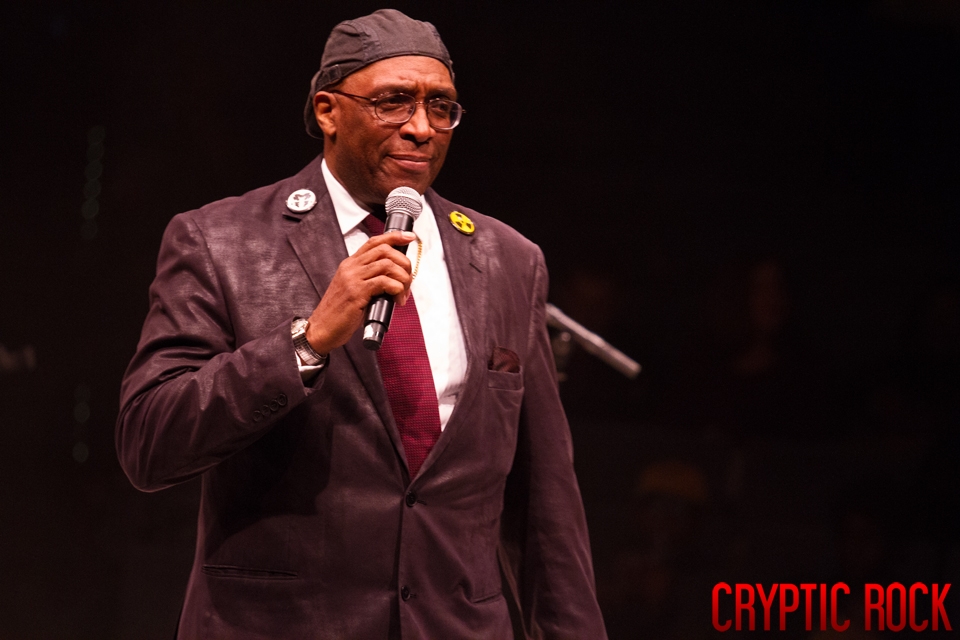 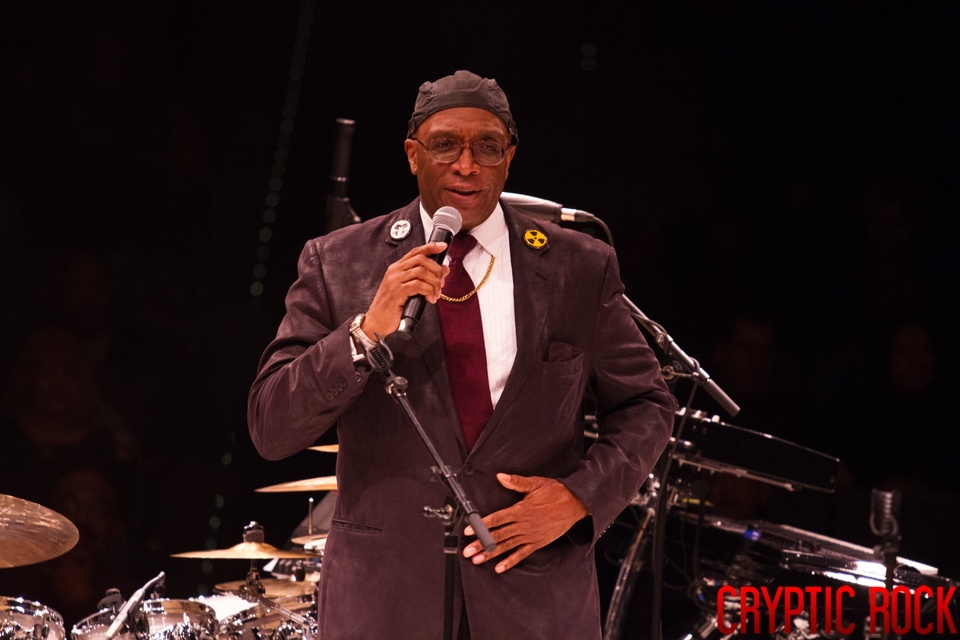 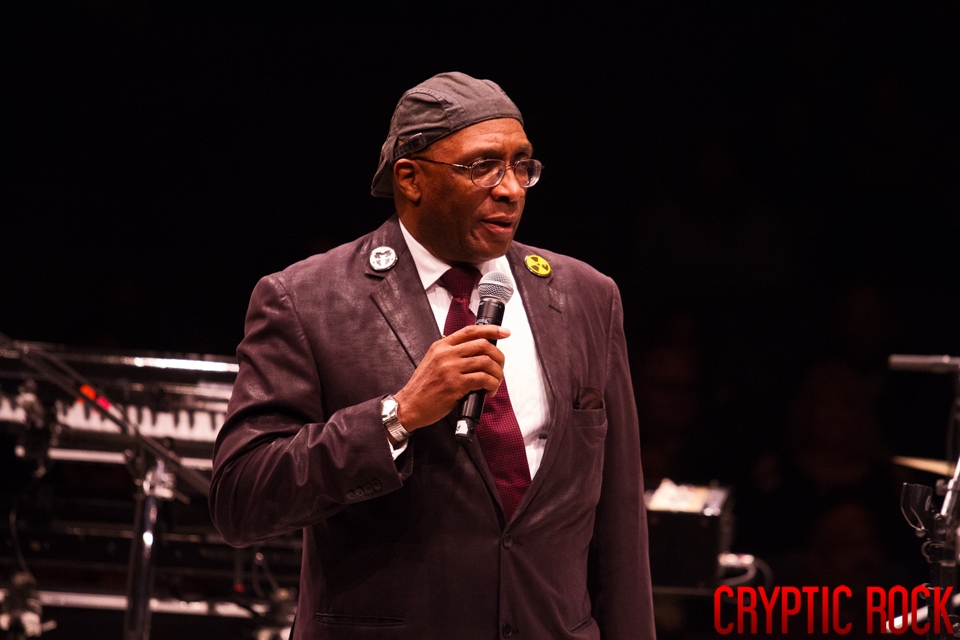 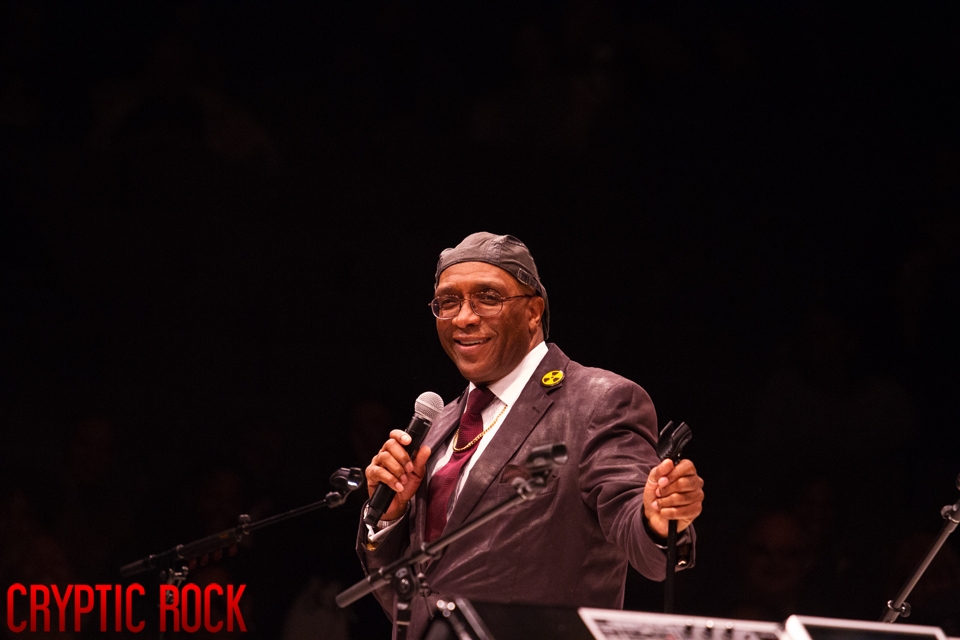 Shortly after, a 5 piece band – guitarist, bassist, hornist, drummer, and keyboardists – along with 2 singers arrived to the stage before Babyface himself emerged to a warm welcome. As mentioned, still looking as youthful as ever, he was also vibrant and agile, utilizing the entire stage to his advantage. Matching his presence, his voice was in tip-top shape as he wasted no time sparking excitement early on with songs like “For the Cool in You” and “Every Time I Close My Eyes.” Going back further, he dished out other favorites such as “Sunshine,” encouraging the audience to sing-along.

Successful in sparking crowd participation, the interactive aspect of the show was truly magical as many fans stood, sang, and danced through nearly every song. Additionally, Babyface spoke to the room as if everyone was family; cracking jokes and consciously acknowledging those who shouted out at him or made eye contact. In fact, at many points in the evening he made the mood almost religious-like, with love the centerpiece of worship.

Reminding the audience of the power of love, he also reflected on some pretty special moments in his career including being out on tour with Luther Vandross back in 1982. Re-creating the scene perfectly, Babyface spoke about his awe and admiration for Vandross’ brilliance, recalling watching The Velvet Voice perform from side stage, repeatedly saying to himself, “Oh my god.” A fitting segue into further reflection of his own body of work, he surprised the audience with a lengthy medley of songs he had written and produced for others over years gone by.

A list that could be over a mile long, some of the highlights in the high energy medley rendition included After 7’s “Can’t Stop,” The Whispers’ “Rocky Steady,” The Deele’s “Two Occasions,” and Dru Hill’s “We’re Not Making Love No More.” Amidst it all, Babyface, with the help of his band, danced and sang life into his Bobby Brown penned hits including “Don’t Be Cruel,” “Every Little Step,” “Rock Wit’cha,” and “Roni.” Yet, the fun did not stop there. More was to come, including a epic finale of Boyz II Men’s “I’ll Make Love to You” before an emotionally breathtaking take on “End of the Road” where Babyface went deep into the crowd to sing to the fans face to face, embracing many with hugs and kisses.

Seeming as if that was the cherry that topped the cake, after a brief exit, and an amplified chant of his name, Babyface returned, strapping an acoustic guitar over his shoulder. Gentling plucking notes for a minute or so, curiosity ran wild through everyone’s mind wondering what was next. Then, with the unmistakable echo of slapping the acoustic guitar’s body, he electrified the room one last time offering his beautiful hit single “When Can I See You.” Having everyone silent and attentive to the inflection in his voice, it truly left a burning last impression on what was a fantastic performance.

All in all, the show was uplifting, romantic, and fiery all at the same time. In a recent interview with Cryptic Rock, Babyface stated, “Most of the time, when people come to a Babyface show, they think it’s just going to be slow love songs and ballads. It’s actually a lot more than that, it’s a lot of fun and a lot of energy.” Delivering on his word, it truly was non-stop action from start to finish. Very much into bringing his all to the stage, not to be overlooked, his band of musicians and vocalists were off the charts good, bringing a full, boisterous sound to the theater.

In truth, Babyface could have played for 3 hours and he still would have kept the attention of everyone, that is how much material he has to work with. Which leads us back to his confession of being struck and amazed by the late great Luther Vandross, simply muttering over and over to himself, “Oh my god.” Well, set to celebrate his 60th year on Earth, he may not realize it, but Babyface has inspired the same sentiment in tons of fans for his own accomplishments. 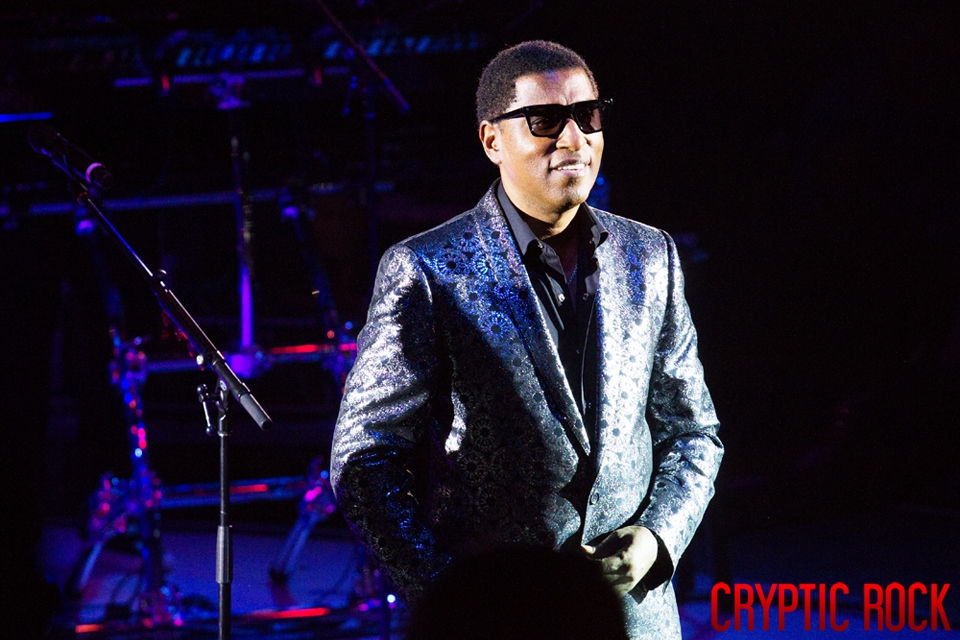 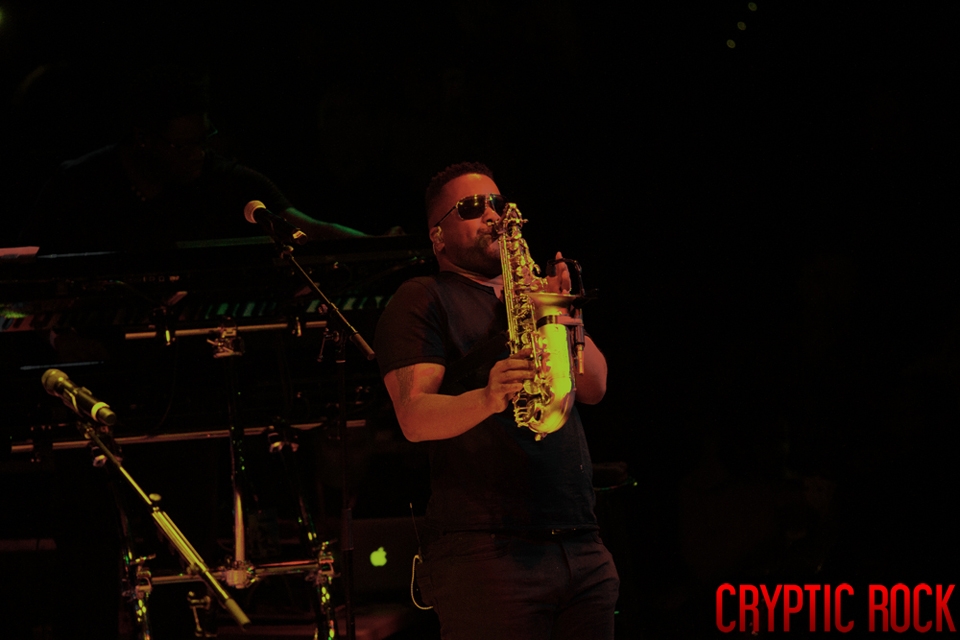 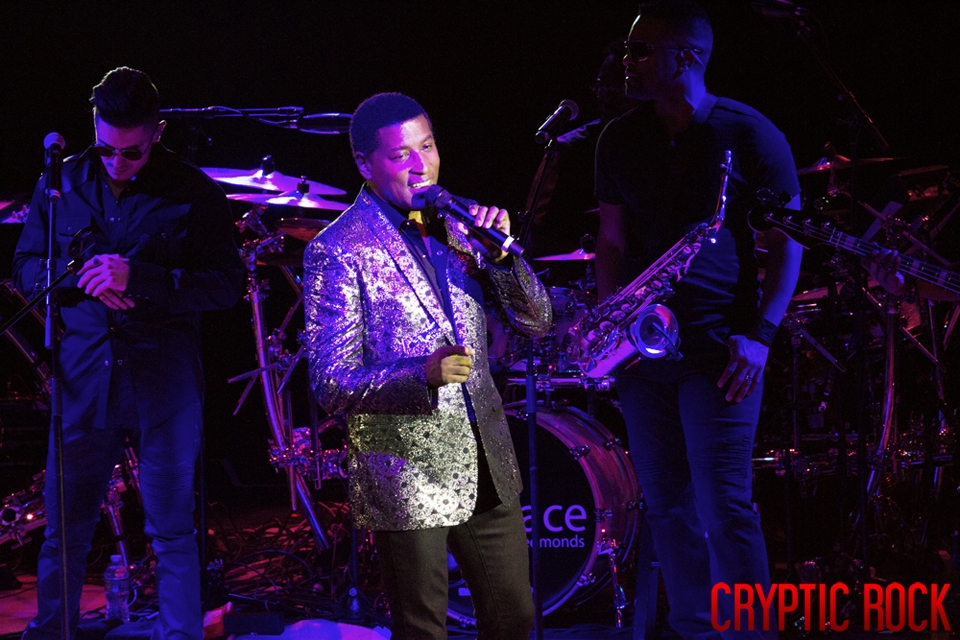 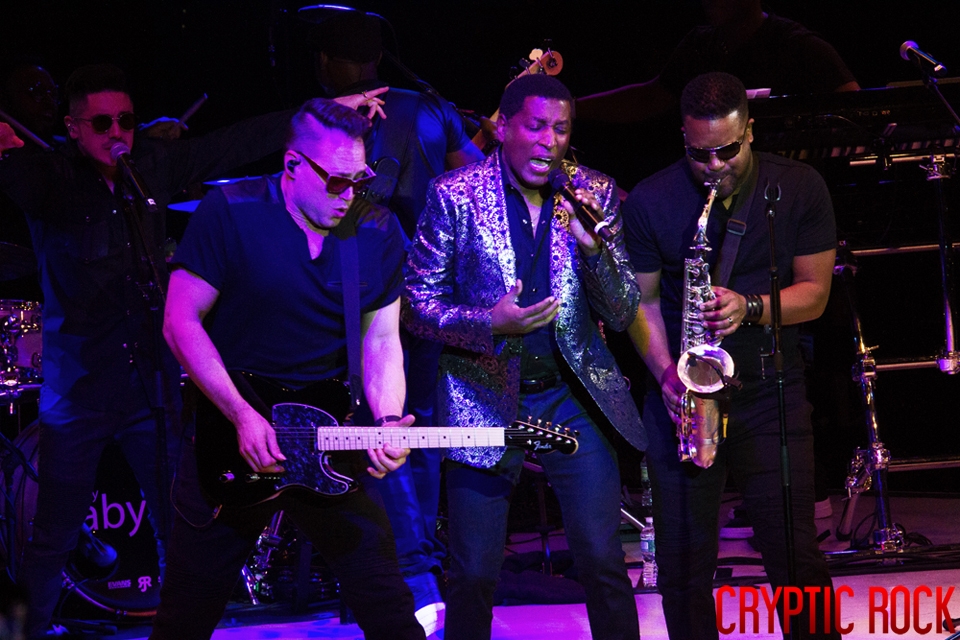 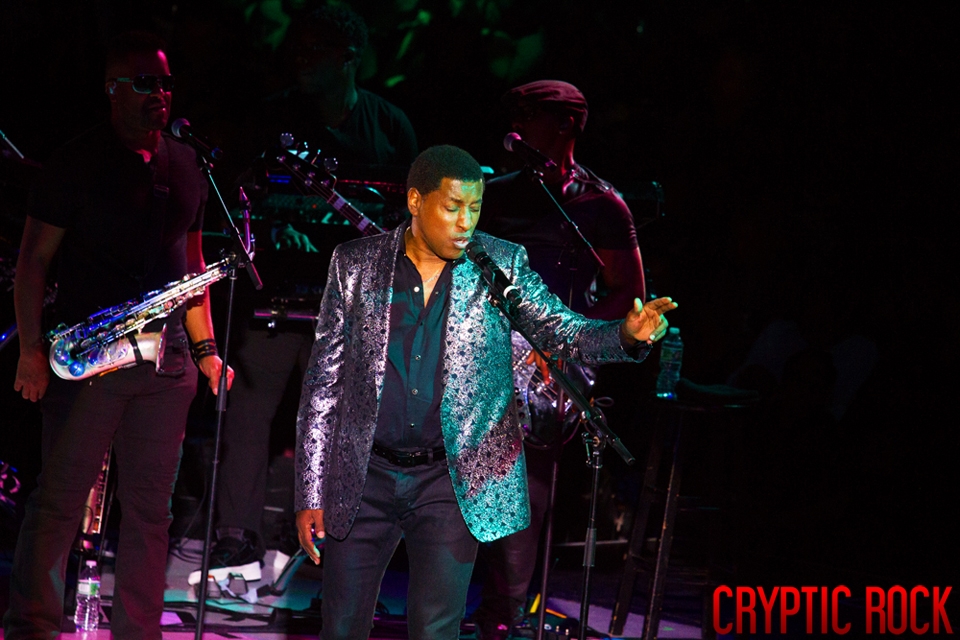 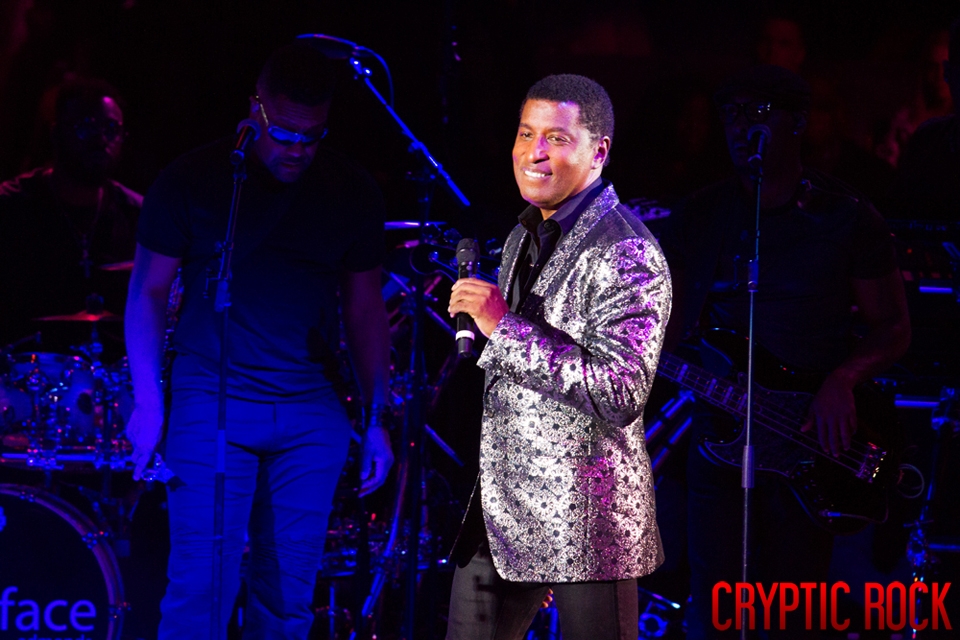 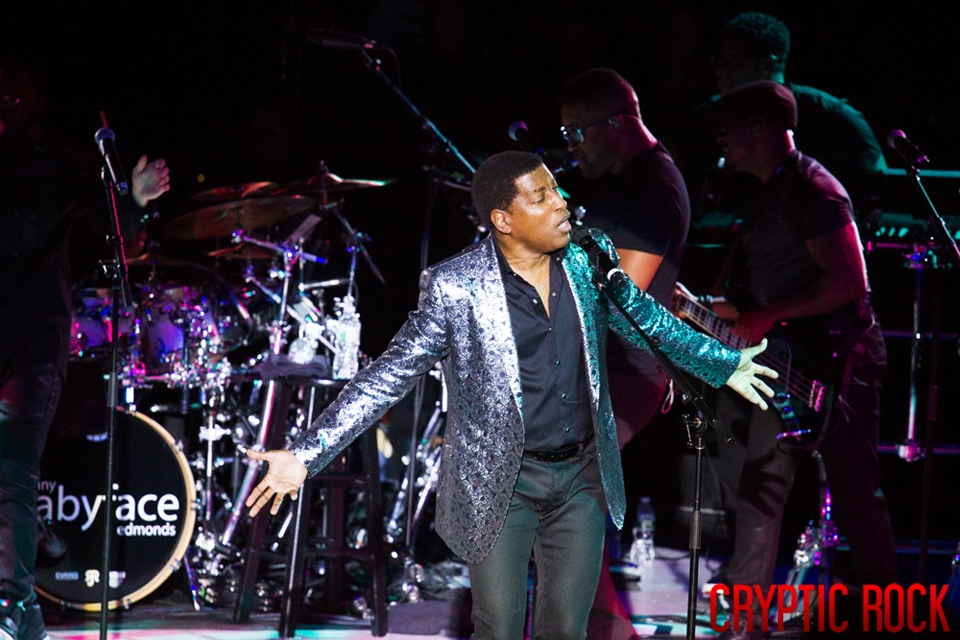 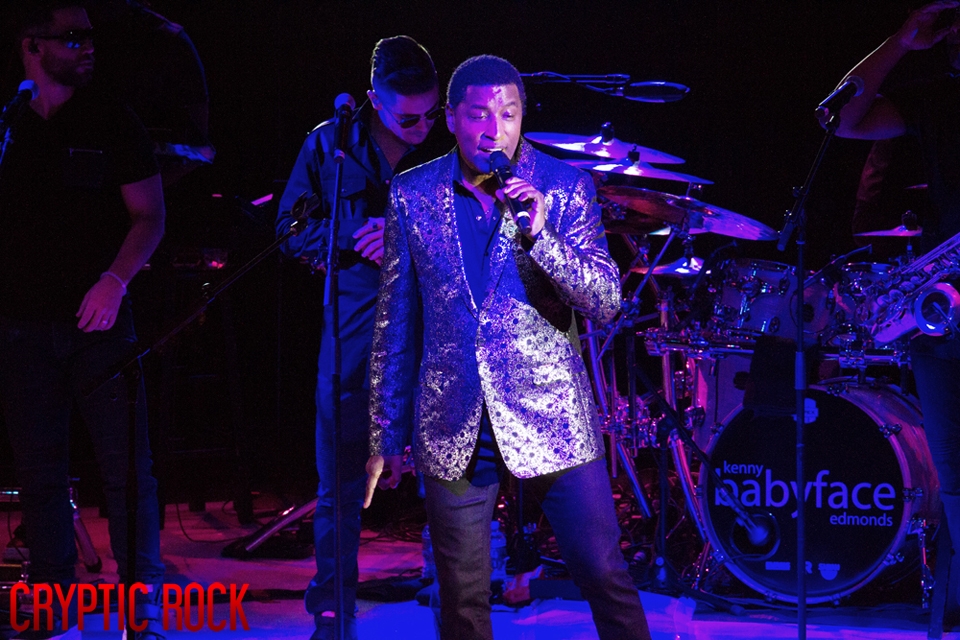 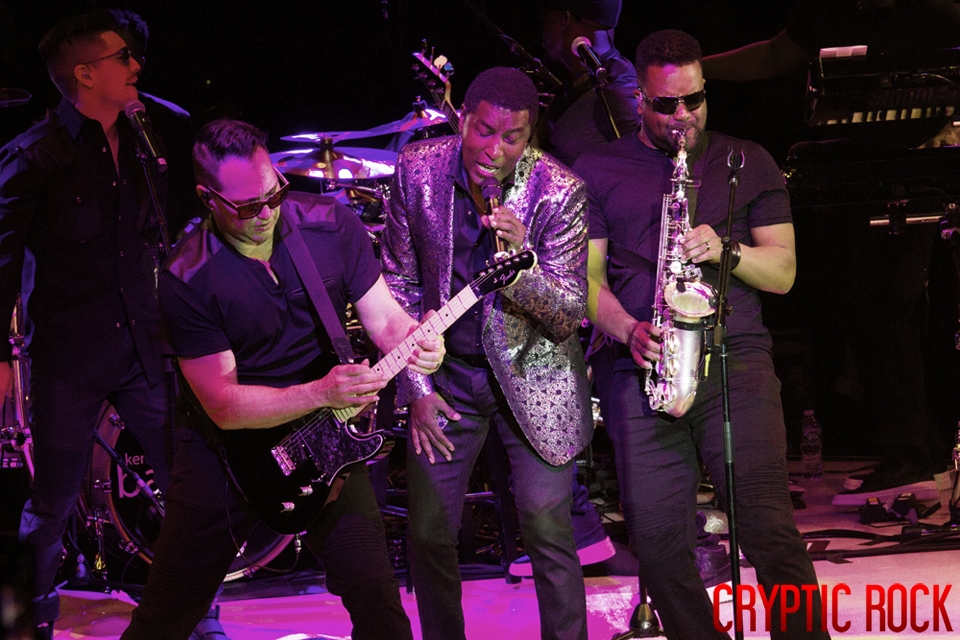 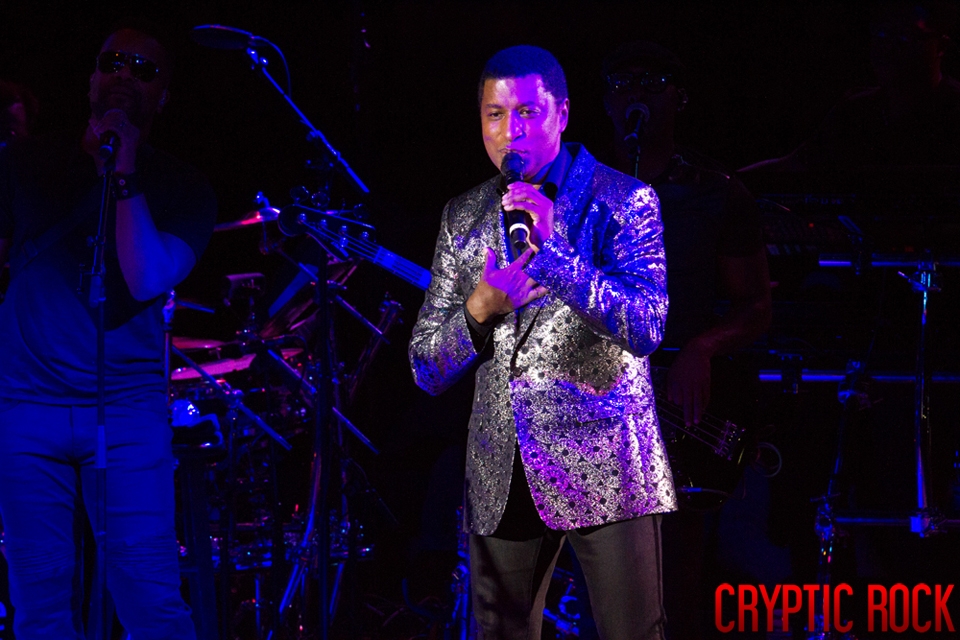 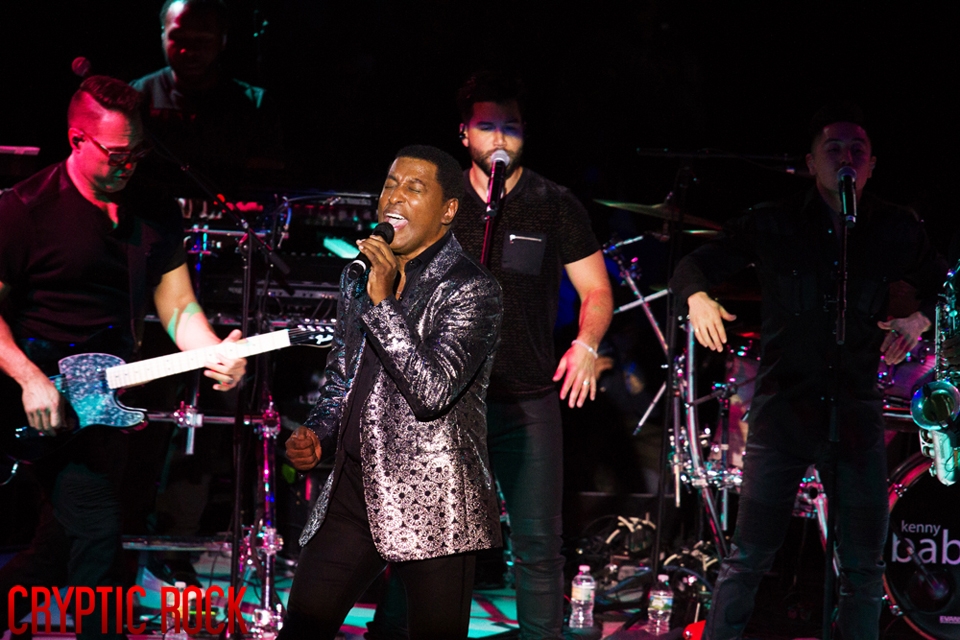 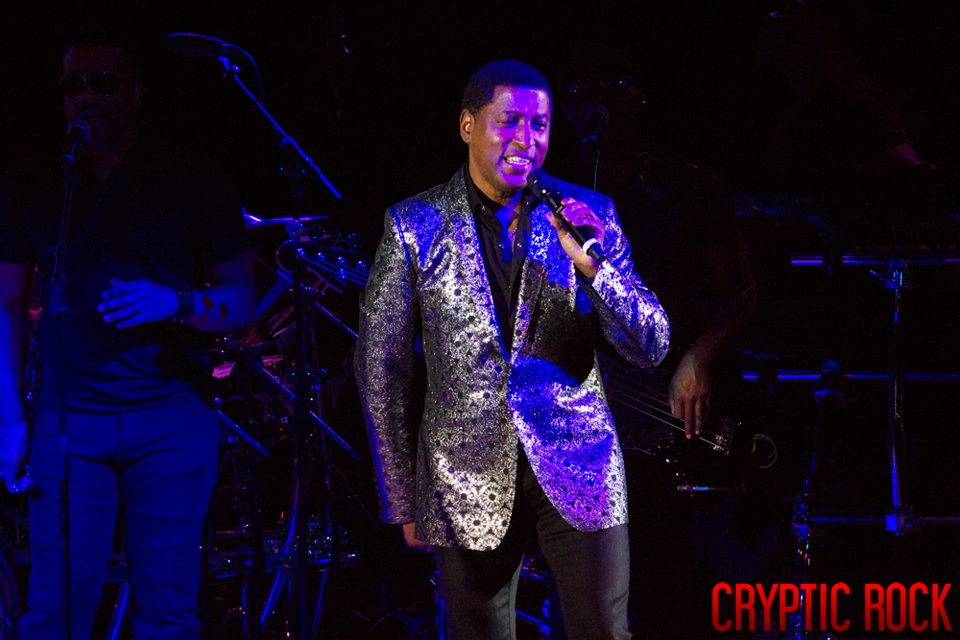 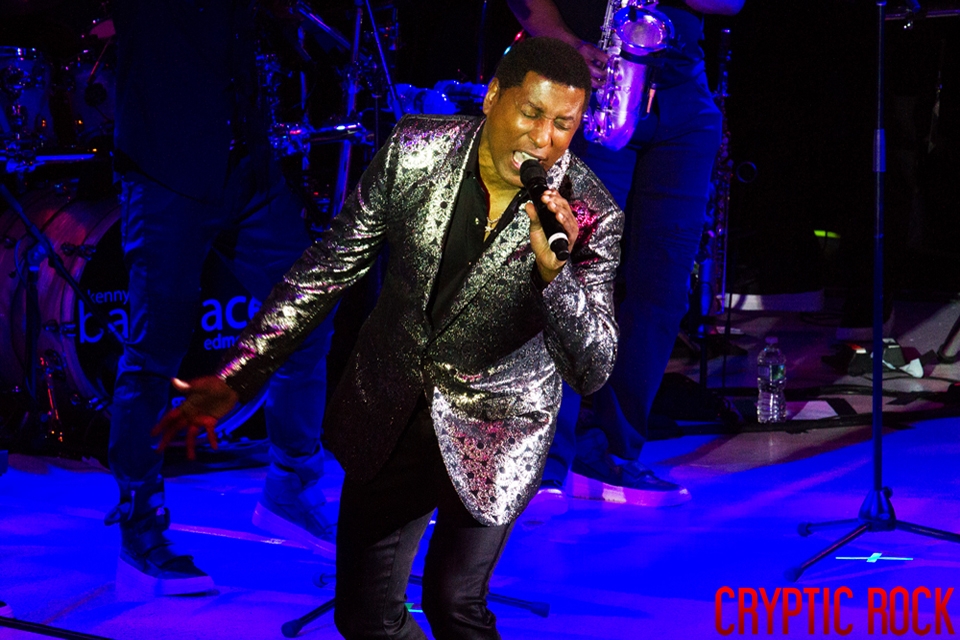 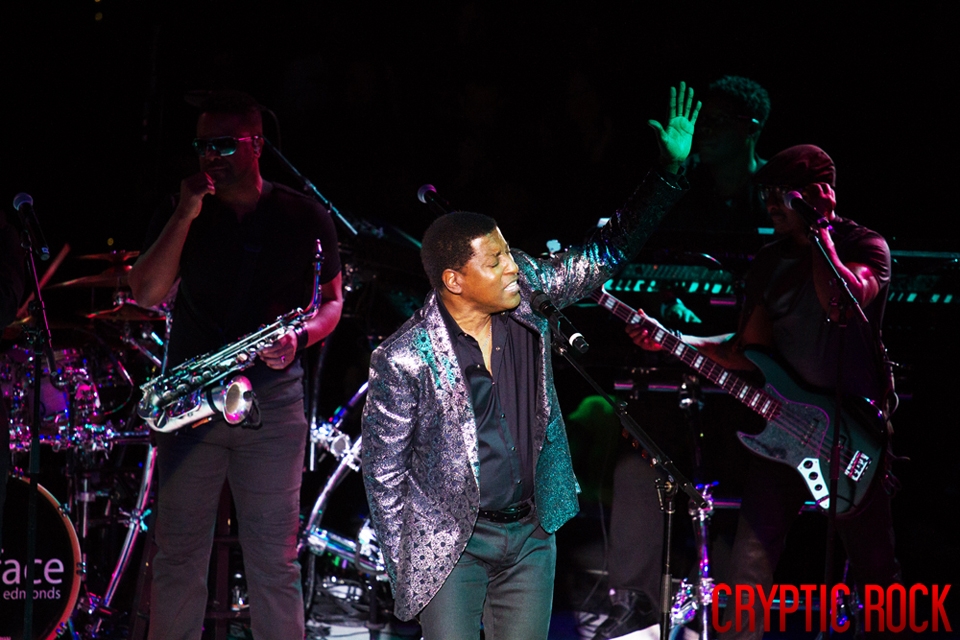 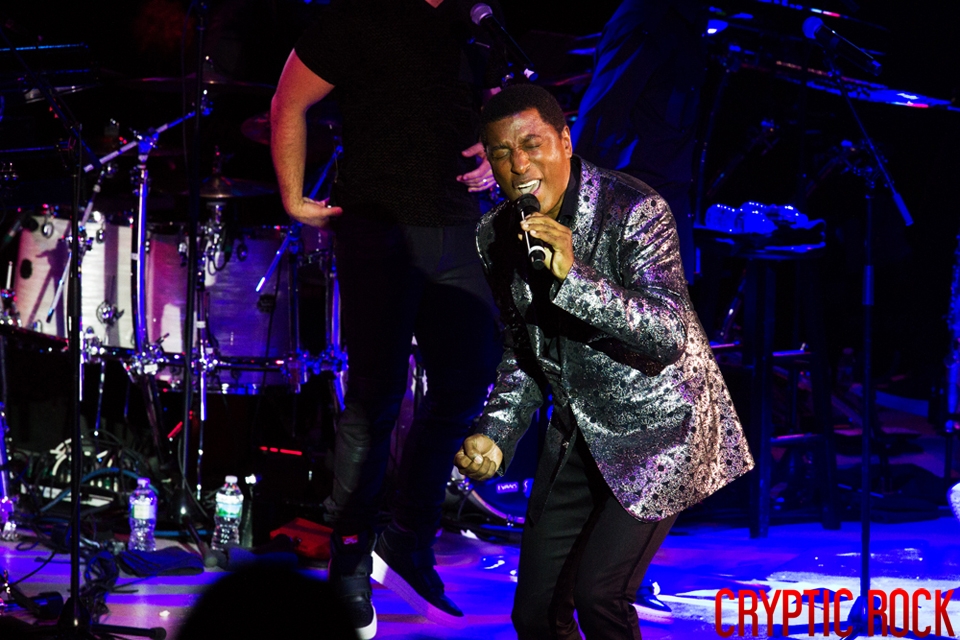 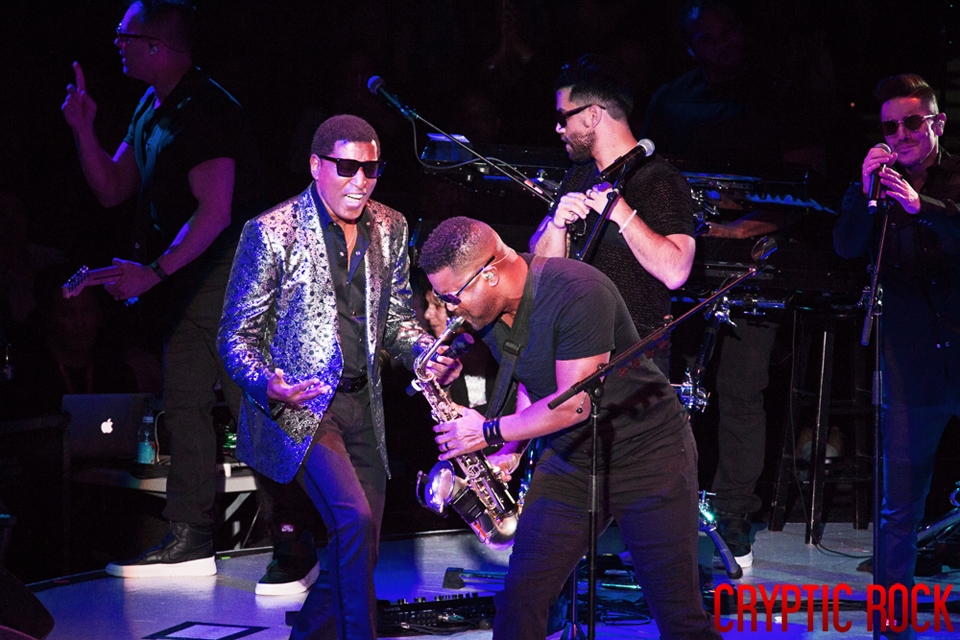 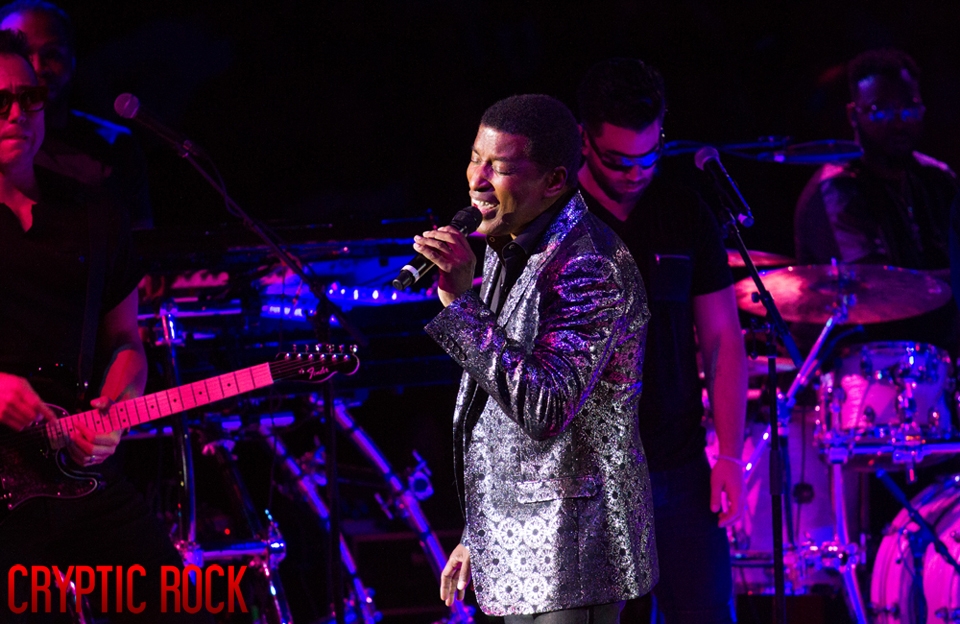 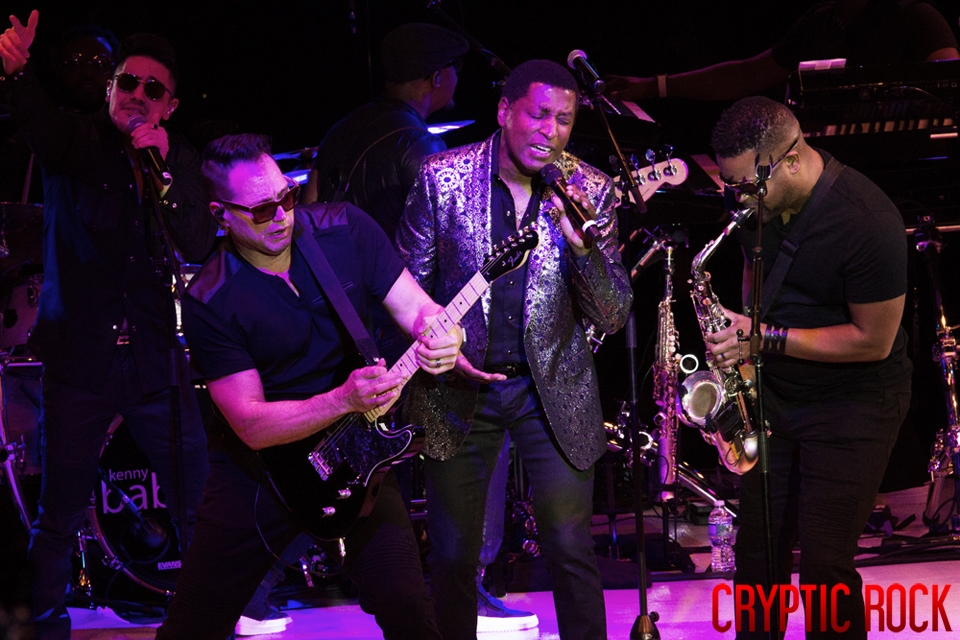 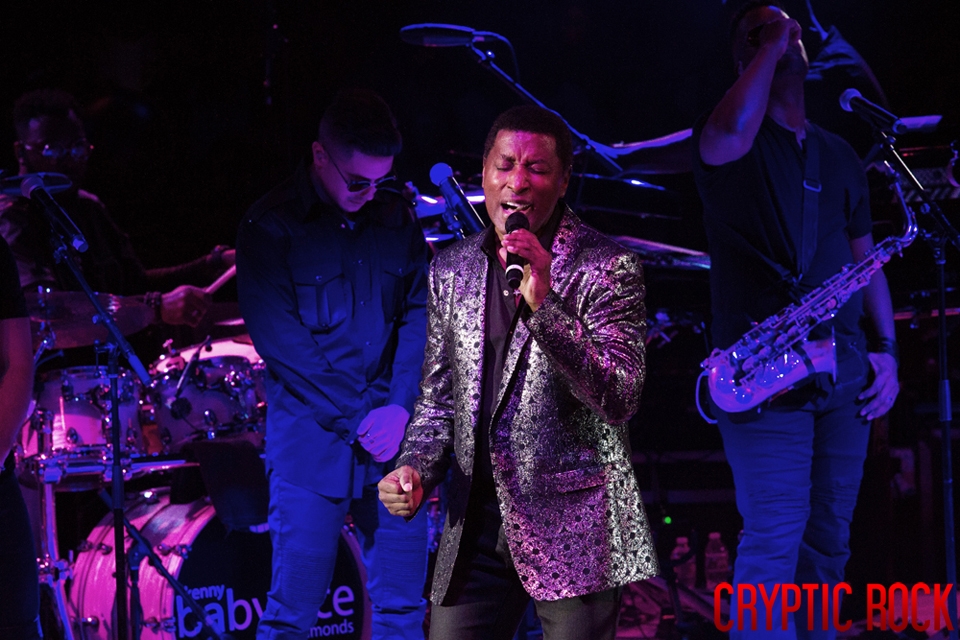 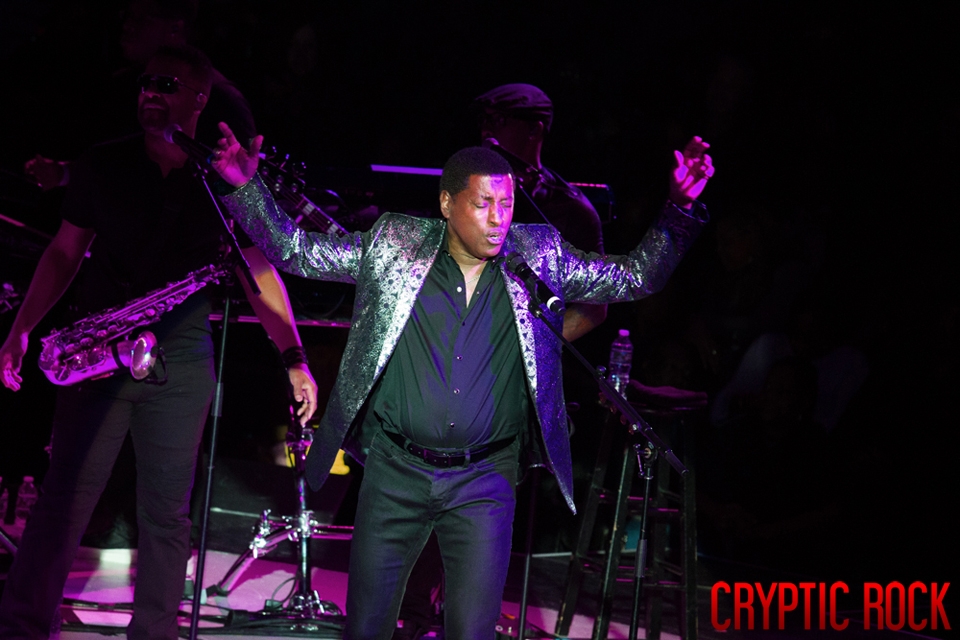