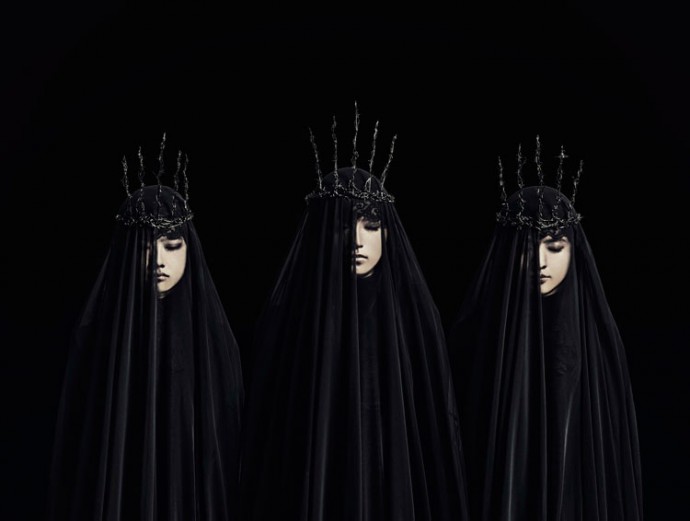 For those who do not know of the phenomenon of Babymetal yet, they were a subunit of Japanese Idol group Sakura Gakuin. Made up of Yuimetal, Moa-metal and Su-metal, who dance and share  vocals, Babymetal has taken the world by storm with their unique sound, all at a very young age. Now following the wildly successful 2014 self-titled debut album, Babymetal, the band has been working hard on their sophomore album, Metal Resistance.

Released on March 29th in Japan and April 1st abroad, the album has demolished records all over the world. In fact, Metal Resistance debuted at 39 on the Billboard 200, which is the highest rank for a Japanese artist since Kyu Sakamoto back in 1963. That is the same Kyu Sakamoto that did “Sukiyaki,” one of the most popular Pop songs in Japan to this day. In the UK Album Charts, they peaked at 15, which is the highest position ever reached by a Japanese band. With all that said, Metal Resistance continues to do well and the girls are still touring strong to show fans what the sophomore effort is all about.

The album opens with “Road of Resistance,” which was technically the first single off of Babymetal’s newest album, but was first played all the way back in 2014 during their Babymetal World Tour 2014. It was then released as a digital single and later as a bonus track on their first album, Babymetal. The track features Herman Li and Sam Totman of Dragonforce on guitars and was the first hint at the new album. Despite being the first track on the album, a ritardando leading to an extended drum fill, guitar solo, and vocal hang combine to give the song a definite air of finality. The kind of songs albums and concerts end with. The song definitely reflects greatly on the mindset of the band, which is to embrace its international audience as fiercely as possibly, while maintaining their decidedly odd, yet endearing style.

The second track on the album, and the first single released since the announcement of the album back in December of 2015, was “KARATE.” The song was released in February and got a follow up music video in March. Said Su-metal of the song, “Not only Babymetal vibes, but [the song] also has Japanese elements. … Its lyrics portray a strong will to go on, no matter what happens in your life. We play shows with strong wills so we can relate with the lyrics in “Karate.” We’ll be delighted if listeners can feel positive energy by listening to this song.” Easily the best standard Metal track the band has released thus far, it charted at #2 on the Billboard World Digital Songs chart. Listeners can feel the passion that the group poured into the song, mostly strongly felt during the breakdown at the 2:25 mark, a feeling which is only exemplified while watching the music video. The music video features the girls battling very traditional Japanese martial art styles and despite seeming defeat, getting back up to rise to the challenge. The whole song is an emotional roller coaster and one can feel the “guts” the girls have as they power through it.

The next song was also a part of the Babymetal World Tour 2014, though it was only played at the final date. “Awadame Fever,” or “Bubble Fever” in English, is a song about… bubble gum. The magical time traveling powers of bubble gum that is. In the same vein as their hit single, “Gimme Chocolate!!,” it is a cute Kawaii Metal style tribute to one of the band’s favorite treats. “Yava!” was performed first during their Babymetal World Tour 2015 and is about the difficulty of deciding, something that all millennial and beyond struggle with. The feature word here is “chigau,” which in Japanese has a long list of meanings, but in modern day colloquial speak, means “different.” It is a pretty straightforward Metal song, with some punkier elements, and as the fourth track on the record, it begins to set a different precedence than its predecessor in that it is mostly Metal and less Metal “flavored” song.

Moving on, “Amore” clearly takes elements from the first track, “Road of Resistance,” in terms of Li and Totman’s guitar stylings. It is a very Power Metal song, from the Pac-Man style sounds to the solo. The next song, “Meta Taro,” is Viking Metal whose heavy grunting growls may remind listeners of acts such as Dethklok. The synth strings definitely lend a Celtic vibe to the song and it is always fun to hear this band experiment. Their ability to add Pop style lyrics on top of anything is without a doubt, astounding. “From Dusk Till Dawn” is the seventh track on the Out Of Japan edition of the album. It is a Hardcore Electronic Synth Metal epic that is light on the vocals, but heavy on the feeling. It combines elements of Dubstep, orchestral Metal, and Electronic Dance/Trance to give a very The Matrix soundtrack vibe. It is one of the coolest songs on the album considering how different it is and especially given the lack of vocals. That is what make the girls stand out in the first place! The next style could be considered Metalcore with its screaming and light electronic elements.

Following the pattern of mirroring topics on their last album, this song follows “Head Bangya!,” a song about headbanging, with “GJ!” a song about moshing. The girls were not raised as Metalheads. In fact, they did not even know what Metal was when the band was first split from the idol band it was formed from Sakura Gakuin. Said the leader, Su-metal, “I did not know what Metal was, so I never headbanged before…” and Moametal, “and like how Yuimetal was saying, I did not know Metal, so the choreography was hard to understand.” It is these kinds of honest attempts to understand their fan base- something they certainly did not when they first started- that make the girls’ honesty clear to fans. And being an idol group, appealing to the fans is a huge part of the game.

Keeping the album diverse, “Sis. Anger” has Black Metal stylings that are hilariously contrasted against the topic of “annoying boys who think only of themselves.” When listening to (or reading) the lyrics to this song, one is reminded that these are real teenage girls. They have the same kinds of problems and issues that other teenage girls face. The ballad “No Rain, No Rainbow” features Su-metal on vocals. She performed this song twice before, with each performance getting a live video release. While she did say that the song could have been recorded for their first album, she said that her opportunities to perform it live first affected the way the recording ended up turning out and that she was happy for that.

The final Japanese song, “Tales of the Destinies” is definitely a Progressive Metal style song that is one of the most varied in terms of unique sections. In terms of imitating styles, this one sees the most work being put in. There are so many good instrumental breaks with pianos, synths, solos, the lot; all the way down to the piano outro. It is really impressive even if it is just a one-off. Finally, Babymetal offer “The One,” which depending on where the album is purchase, it is either the English version, the unfinished version, or the standard version. Fans have been asking for a long time if the girls would ever put out a song in English. Su-metal stated, “We’re extremely happy that we now have an English song that we [fans included] can all sing together.” The song itself is slightly symphonic, making it the second best choice for the finale. It is also the title of the limited edition Blu-Rays the band put out, each one featuring live concert footage.

Metal Resistance is more focused than their last album, making it a little less zany, but definitely more serious. Watching these girls grow through this kind of music, which is so new to them, is truly incredible. For one of the first internationally successful idol groups of this scale from Japan to be a Kawaii Metal band is stunning. They have taken the world by storm, with multiple world tours and having their TV debut on the Colbert Show. Their success seems to show no signs of slowing, and as they continue to develop the mystery of the Kitsune “Mother Fox,” fans will follow them like lost little fox kits. CrypticRock gives Metal Resistance 5 out of 5 stars. 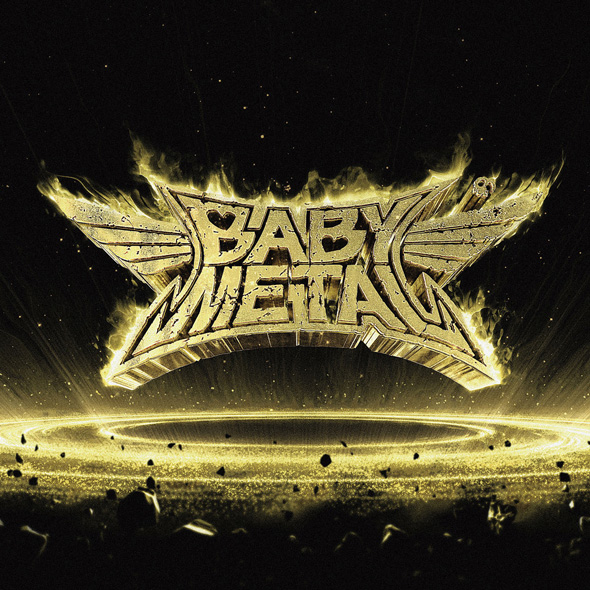