Your super-hot dream girl becomes mommy’s worst nightmare in the Horror Comedy The Babysitter, a Netflix Original film that arrived to the streaming service on Friday, October 13, 2017, just in time for some sweet 666.

The Babysitter revolves around Cole (Judah Lewis: Demolition 2015, Game of Silence series), who is a bit of a geek: he wears a “Free Pluto” button on his button-up shirts, cries like a baby at the sight of needles, and the trio of local bullies that love to torture him refer to him as “Colonoscopy.” Bonus point: he has a hot babysitter! Downgrade: he is sixteen! Aware that perhaps he is a little old to have her by his side, Cole still lusts after Bee (Samara Weaving: Bad Girl 2016, Mayhem 2017), a mega-watt beauty with a take-no-prisoners attitude, the ability to script intergalactic Sci-Fi dream teams on-the-spot as well as quote freely from 1974’s The Godfather: Part II. She is this dork’s wet dream! 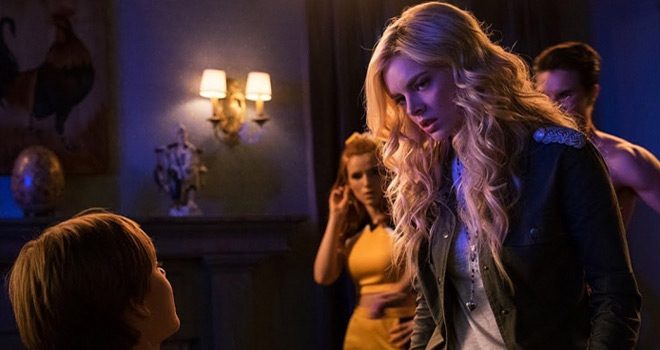 When his parents go away for another overnighter at a nearby hotel – nudge nudge, wink wink – Melanie teases Cole that as soon as he falls asleep, Bee will be utilizing her free-time to sneak a boy (or two) into the house and do what feisty babysitters do best. With his partner-in-crime egging him on via Facetime, he takes the bait and decides to spy on his sexy sitter. 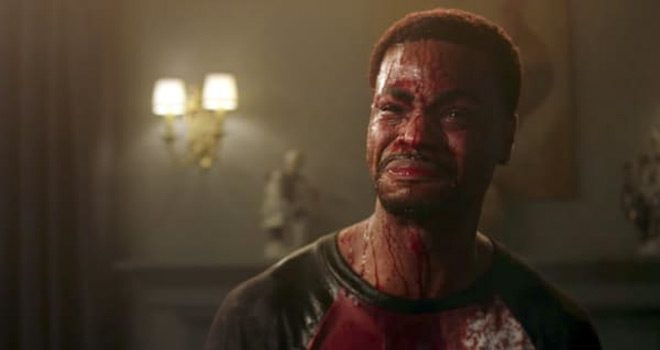 What transpires will turn Cole’s dreams upside down, twisting this entire tale from a game of teenage sexual thrills to one of demonically bloody spills. Clocking in at 85 minutes in-length, The Babysitter was directed by McG (We Are Marshall 2006, Terminator Salvation 2009) and written by Brian Duffield (Insurgent 2015, Jane Got a Gun 2015). A ridiculously fun combination of Horror and Comedy, The Babysitter is TV-MA and reads something like 1996’s Scream meets 2009’s Jennifer’s Body: with guts and humor, guffaws and gore.

The ensemble cast here are wonderful in their roles, all teen flick tropes: from the sexy babysitter (Weaving) to the attractive jock (Amell), dippy cheerleader (Thorne) and comedic relief (Bachelor) to the obvious nerds (Lewis and Haley). As Comedian John, Bachelor offers up some of the most hysterical lines of the film which, in many instances, lambaste dippy cheerleader Allison (Thorne), who suffers a pratfall to her beloved breasts.

While her role is largely to make massive doe-eyes and look stunning, occasionally being psycho and waving rifles around, Weaving does a killer (pun intended) job of luring us in and making us believe the entire façade behind her pretty face. As young Cole, Lewis is phenomenal: awkward enough to be believable in his geeky role, and yet ballsy enough to end the entire terrifying ordeal with one truly epic usage of Queen’s “We Are the Champions.” Doesn’t make sense? See the movie! 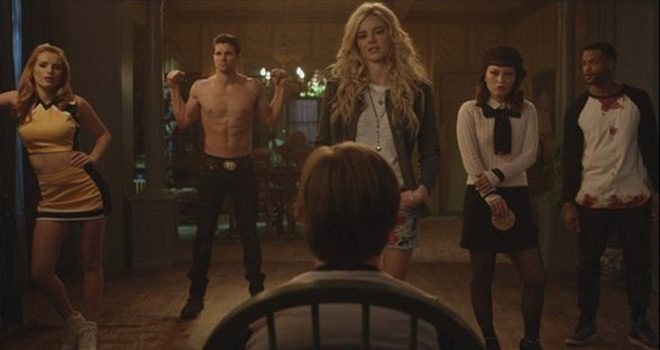 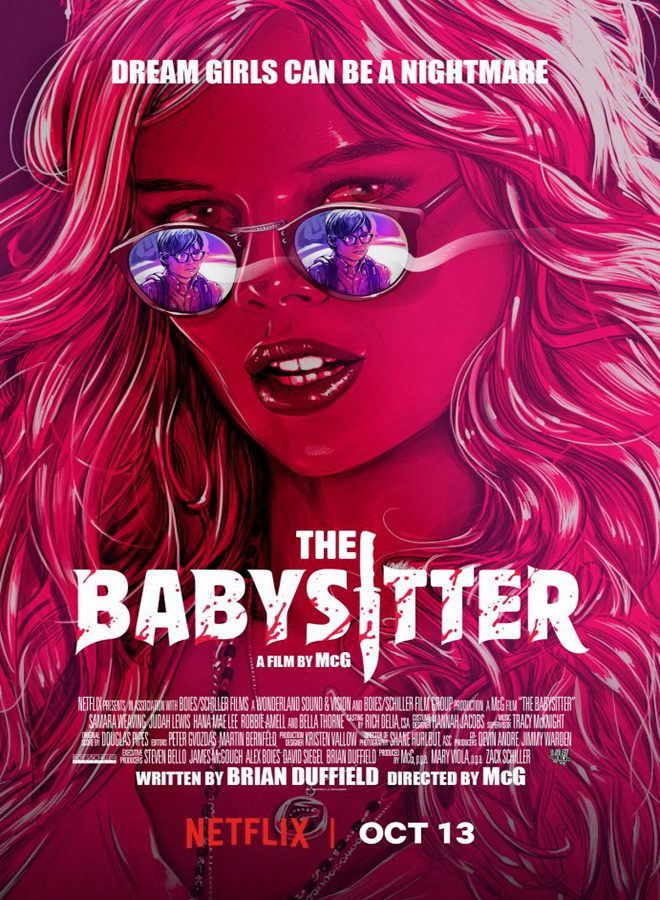