Written and directed by Tony Germinario, the award-winning Bad Frank is a Crime Thriller with a premise that should not be unfamiliar to anyone with a passing interest in the genre – a former criminal gets pulled back into an escalating situation he had hoped he was clear of. Released on VOD as of July 7, 2017, with stars Kevin Interdonato (An Act Of War 2015, Wingman Inc. 2015), Amanda Clayton (John Carter 2012, Bleed For This 2016), Tom Sizemore (Saving Private Ryan 1998, Twin Peaks series), Brian O’Halloran (Clerks 1994, Dogma 1999), and Boxer Ray ‘Boom-Boom’ Mancini (Body and Soul 2000), this is a film that is more complicated than it might at first seem… 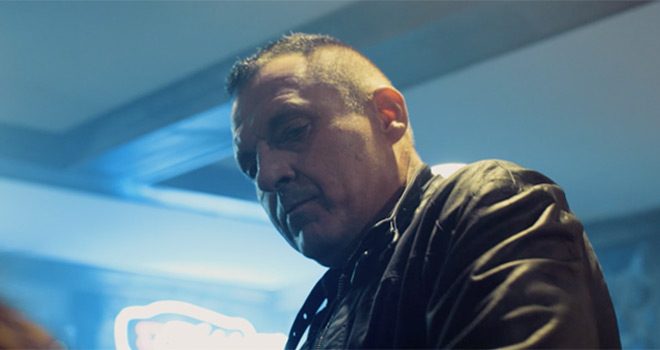 Bad Frank is a film packed with unexpected depth, taking all the moments that more spry Crime Thrillers would rush past and zeroing in on them for effect. It takes an approach that is very often the correct one for a Crime Thriller like this; this is a story that prioritizes characters far over its plot, and takes every necessary moment to explore the people that live in its world. Contrary to popular critical thought, that is not always a recipe for success however, and this is where Bad Frank reveals its true success. There are plenty of character-focused films that fall flat – Bad Frank succeeds because it achieves its goals with confidence and precision, with every element of its production working in harmony to create something that ends up being more than just the sum of its parts.

In fact, its tone is almost immediately summarized by its opening scene, a slow and well-shot sex scene that dabbles in the explicit without ever losing its focus on why it is important we see the characters engaged in this. The focus is on main character Frank throughout, and the scene is paced to draw out just where he is in his life – it is explicit without having the graphic nature of the scene become its focus, and is all the more successful for it. In a sentence, it is the perfect encapsulation of the film as a whole. 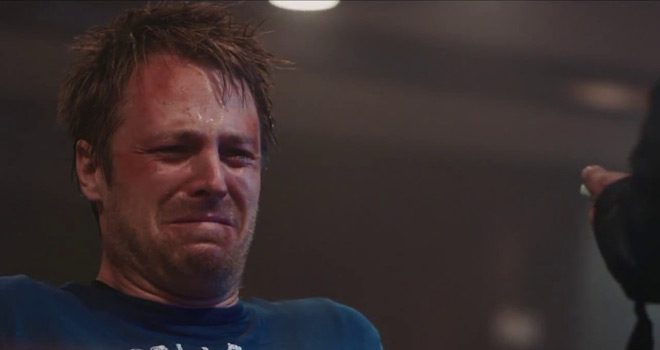 The audience may be surprised by just how slow this film can be sometimes – this is not a film that uses the typical Crime Thriller structure, in which the violence progressively escalates as the film goes on. Rather, there are moments of violence scattered throughout the film, but they are punctuation for a much more measured story, and the film goes to great lengths to build to these moments in a manner that reflects what they really are: the worst fears of the characters come to life. Bad Frank, in this way and others, is really a film about escalating dread – the main character spends his life constantly afraid of slipping back into a mindset he escaped, and each little act of violence pushes him closer and closer to that freefall. The audience sees this early, when he is uncomfortable being in a bar for the fear he will lapse back into alcoholism – every moment is a tightrope for him, and the film captures that perfectly.

All of this of course would mean nothing if these well realized characters were not brought to life by sterling performances, and thankfully the actors here do not let the script down. Interdonato obviously steals the show, but truthfully none of the performances are a let down here, with every actor finding just the right tone to accentuate that of the script. The character’s are never written overly broad, and nobody strays into that, and the end result is a film with real depth. This is why the film’s focus on character ultimately pays off – three hours of plot machinations could never say more than an hour and a half of storytelling from actors that do as fine a job as this group.

Germinario also does great work, going for a shooting style that is a bit showier than the genre normally opts for, but fits right in with the piece’s more formative feel. The cinematography is very Point-Of-View based, accentuating Frank’s mindset as the film moves on, particularly in regards to the aforementioned rising dread that pervades the film. The color scheme and general shot composition are precise and effective, and any audience is likely to be impressed with some of the riskier editing decisions that are made. Germinario clearly opted to make a few interesting decisions, and it largely pays off. 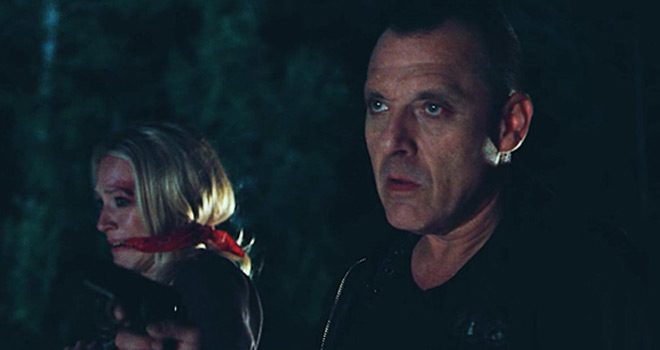 However, there are a few moments that otherwise let down a solidly produced film. Namely, the film’s first real act of violence is disappointingly anti-climactic, failing to capture its impact on any of the parties involved. This is true for some other acts of physical violence throughout the film, which intermittently lack real weight. However, confusingly, this is not a consistent issue, as other fight scenes are helped by impressive sound effects that add some realistic crunch to the proceedings.

Ultimately, however, these complaints are few and far between. Bad Frank is a tense, small-scale and multi-layered Crime Thriller that lays out its characters and its goals, then moves on to achieve every promise of both of them. For that, CrypticRock.com gives it 4.5 out 5 stars. 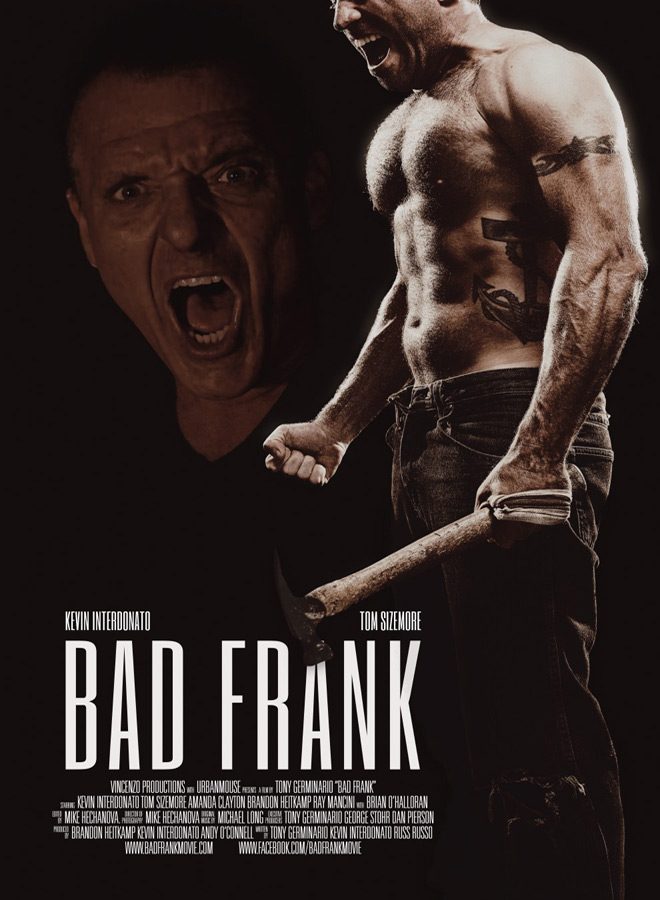