The Internet has made it easier to communicate with people. From social media to games, to different aps, and everything in between, people can meet and get to know others that they may not have ever come into contact with in their daily lives. Strangers can meet without ever actually seeing each other in person. Additionally, The Internet has also changed how some people date. Now liking, or swiping right, or some variation of finger flicks allows for two people to match and potentially form a relationship. 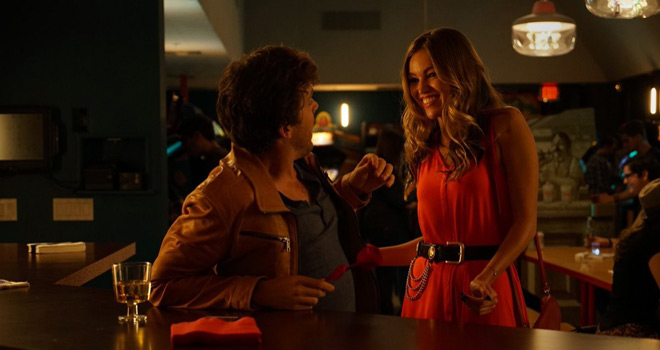 All this in mind, strangers are strangers for a reason. One never knows who is actually behind the screen. Writer/Director David Chirchirillo (We’re Open Sundays 2010, Cheap Thrills 2013) weaves a tale of the potential hazards of talking to people online with his film Bad Match, available on VOD as of November 3, 2017 through Gravitas Ventures.

Harris (Jack Cutmore-Scott: Kingsman: The Secret Service 2014, Cooper Barrett’s Guide to Surviving Life series) is a typical twenty something, single guy. He is intelligent, attractive, successful, and completely unattached. The world at large belongs to him, and he revels in it. On paper, he is an amazing catch. He is a rising star in a marketing firm. His hobbies include playing Xbox Live and taunting complete strangers. He also enjoys playing the odds on the dating app Head Over Heels. Though he insists to his friends that he does want a girlfriend, he maintains that the only people on that app are only looking for sex, so he does not take his matches that seriously.

His dating style shows this as he does not put that much effort into the dates. They are all mostly cookie cutter copies of the same process. They match, he studies their social media, orders their drinks, spews greasy cheesy pick up lines, makes them a napkin rose, and sex. Rinse and repeat almost nightly just with a different girl every time. While he is never unnecessarily rude to the women he matches, they are just a means to his own satisfaction. This formula works for Harris. He is able to remain single, but his needs are met. He can continue to control the trajectory of his own life. 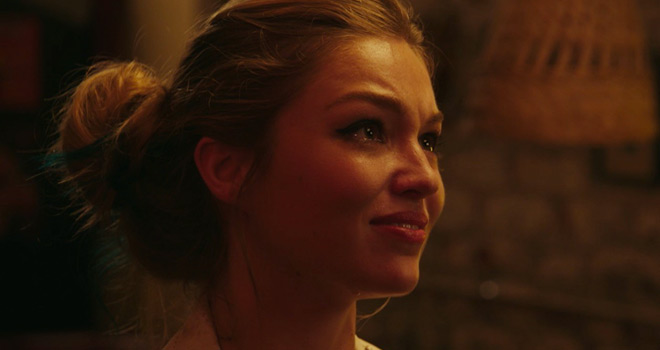 Everything changes when Harris matches with Riley (Lili Simmons: Banshee series, Bone Tomahawk 2015). Riley is a young, beautiful, free-spirited college girl. It is obvious very soon into their date that she is looking for something more serious than just a one night stand. She insists on taking a selfie with him and immediately posting it on her social media. She is clearly way more into him than he is her, but he plays along to reach his goal. Harris intended for her to be just like the others, but she texts and calls several times the next day. He gives in and invites her over for sex again. Riley is now invested and believes they are starting a relationship. Harris just thinks she’s crazy and can not take the hint, though he never tells her that he is not interested.

Riley quickly becomes Harris’ worst nightmare. She eventually finds out that he is just leading her on and she is hurt and livid. She vows to make him sorry for how he treated her. Harris thinks that is the end of it, but he is sorely mistaken. If only her persistent need to talk or see him was the extent of it. Soon his life begins to completely fall apart at the seams. His job – even his freedom – suddenly become less secure. Harris is sure that Riley is behind every bad thing that is happening to him… but, is she really? How invested can she actually be after just two encounters with him? How far will she go to exact her revenge? What is Harris willing to do to make it all stop?

Bad Match is a depressingly accurate depiction of a lot of people’s experience with online dating or dating in general. Using a dark lens, it masterfully studies some of the issues that two people who date could face if they are not on the same page. There seems to be two types of opinions of using dating apps. There plenty of those, like Harris, who are only using the dating apps to find willing sexual partners – no strings attached. The attitude seems to be that people who are using the same apps also only want sex no matter what they say. If they were truly that amazing or special, then there would be no need for the app in the first place. These people, in general, do not understand that not everyone has time or easily finds people in their daily life that they are interested in. 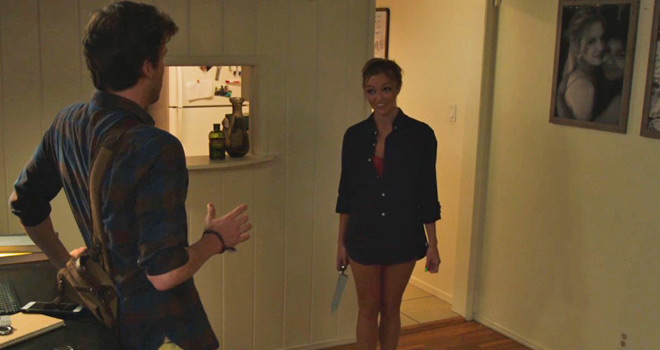 While both Harris and Riley make grave mistakes and say and do some questionable things, all could have been avoided if they had just been honest and communicated from the beginning. Harris is laid back and does not seem to foresee any consequences to his actions. He never tells Riley that he is only looking for a one night stand. Even when she continues to push for other dates, he placates her with maybes and possibilities. In an effort to be a nice guy, his avoidance of his true intentions made him act like a royal jerk. It is his arrogance, such as many others like him, believe that avoidance and just simply disappearing will make the situation go away.

Bad Match is a fun, darkly funny, thrilling film not only about online dating but dating in general. It is intelligently written and the cast is flawless in their execution. It is difficult to really pick who to root for – Harris, the arrogant playboy – or Riley, the intense and probably a little crazy girl. They are both equally relatable with neither being an innocent party… at least not in the start of the relationship. Though, some viewers might not watch too closely, or they might see pieces of themselves in either character. It is for these reasons that CrypticRock gives Bad Match 4 out of 5 stars. 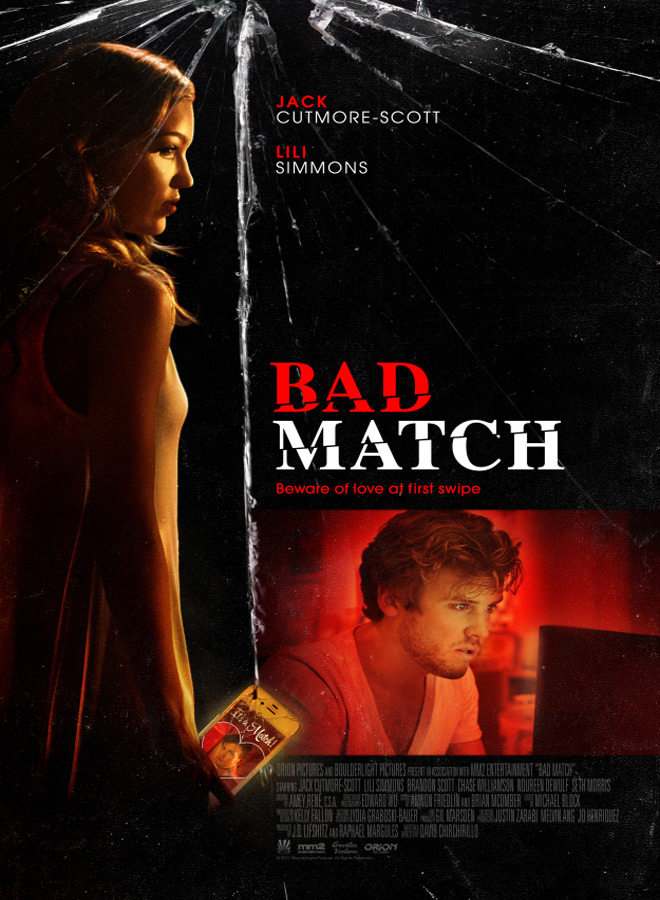