The second installment in the Bad Moms film series – but now with Christmas joy! – A Bad Moms Christmas arrived in theaters Wednesday, November 1, 2017, thanks to STX Entertainment.

Best friends Amy, Kiki, and Carla are a ridiculously mismatched parade of motley motherhood. Amy (Mila Kunis: That ‘70s Show series, Black Swan 2010) is the unspoken ringleader, a seemingly normal recent-divorcee who is just trying to make her children’s first Christmas without their dad enjoyable; sledding and spending Christmas Eve in her pajamas with her kids are high priorities on her Holiday ‘to do’ list. Stereotypical meek mom Kiki (Kristen Bell: Veronica Mars series, Frozen 2013) is doing her best to please everyone and failing miserably at pleasing herself; placing her on an expedient Polar Express to a holly jolly breakdown. 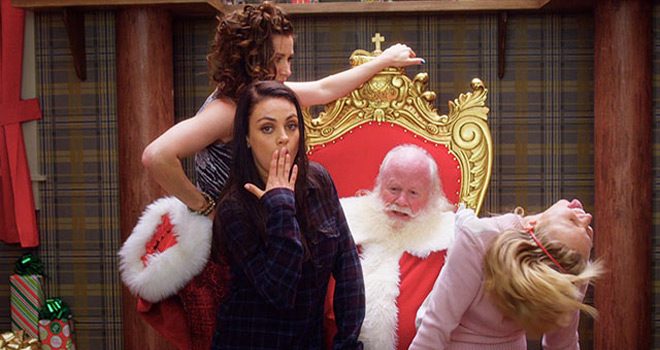 Then there is Carla (Kathryn Hahn: How To Lose a Guy in 10 Days 2003, The Secret Life of Walter Mitty 2013), the most vivacious and saucy member of this female tribe who works at a high-end Chicago spa for a living, waxing away the pubes of the world. These three ladies are leaning heavily on one another – and alcohol – for emotional support this December, praying that they can survive the Holidays with their sanity largely intact.

With the Holidays already wreaking havoc on everyone’s nerve-endings, what could spread further joy than a visit from the ladies’ own mothers? Amy’s uptight and controlling mother Ruth (Christine Baranski: How the Grinch Stole Christmas 2000, The Good Wife series) arrives – along with soft-spoken dad Hank (Peter Gallagher: American Beauty 1999, The O.C. series) – showering her grandchildren with expensive gifts at every turn while defying her daughter’s every Holiday wish.

What ensues involves strippers and a Sexy Santa contest; therapy from Wanda Sykes; a stolen mall Christmas tree; American treasure Kenny G; Christmas caroling in costume; some vicious dodgeball; gingerbread penises; one happily molested Santa; and a camel. Not necessarily in that particular order! Will the Bad Moms and their Worse Moms be able to pull it together before Santa is pissed and Christmas is ruined? 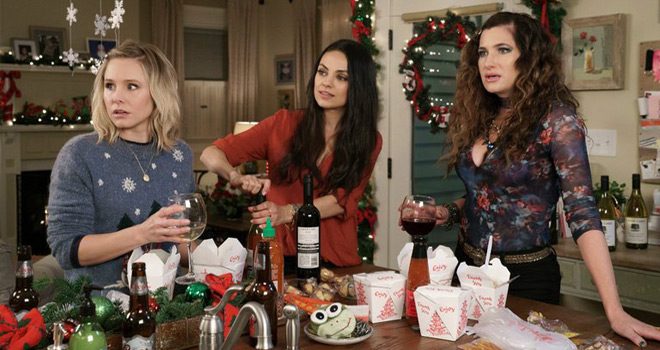 Despite its stellar cast, A Bad Moms Christmas is neither particularly amusing nor entirely heart-warming; it is a bizarre blend of family lessons and genital-waxing, heartfelt confessions and rock hard buns. The end result is a Dramedy that is such a bizarre blend of crass humor and family togetherness that it should be akin to such hysterical Holiday classics as, say, 1989’s National Lampoon’s Christmas Vacation and yet it falls completely flat on its drunken face in the humor department; oddly doing a much better job with those heart-warming, family feels. Floundering, at best, A Bad Moms Christmas is worth a snort here or a chuckle there, but the massive guffaws worthy of Santa Claus’ jiggly jelly-belly never quite materialize.

Of course, the ensemble cast here is superb, with some truly talented actors amongst its ranks. Baranski, as Momma Ruth, is, as always, divine in the most cruel way possible: a woman trapped in a never-ending cycle of hard-heartedness thanks to her own history of abuse. Sarandon, as the free-spirited Isis, plays a part that she has been acting for years now: the wandering gypsy who eschews familial ties in the name of Rock-n-Roll. Kunis portrays her character with a certain finesse, as well: toeing the line between young, vibrant woman and dedicated and loving mother. Unfortunately for her counterparts Bell and Hahn, they are not given quite as much material to work with: Bell’s Kiki is fairly mousy, while Hahn’s wild-child Carla is so audacious as to be borderline disgusting. Even Wanda Sykes – who is almost always hysterical – is given a role that never quite allows her to shine. 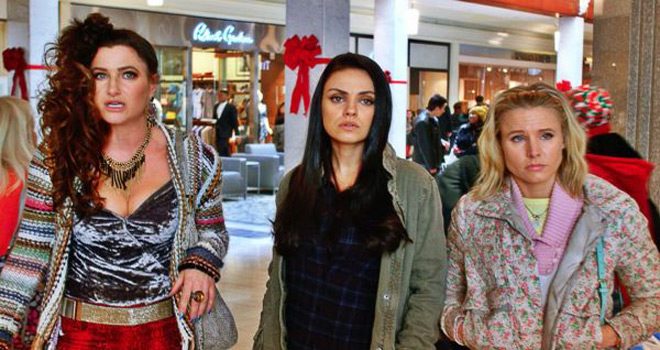 A Bad Moms Christmas is a bad (pun intended) attempt at humor that goes for the obvious, exploitative brand of lowbrow, banal laughter. Had there been some more thought put into this script, had the entire cast truly been able to shine (poor Hartley is merely cast as a sex object), this would be a film guaranteed to incite hysteria of the comedic type. As it stands, A Bad Moms Christmas is, at times, slightly amusing but, overall, it does a much better job of wrapping everything up with a teary-eyed, heart-warming red bow. Which is perfectly acceptable but not all that humorous! For these reasons, CrypticRock give A Bad Moms Christmas 3 of 5 stars. 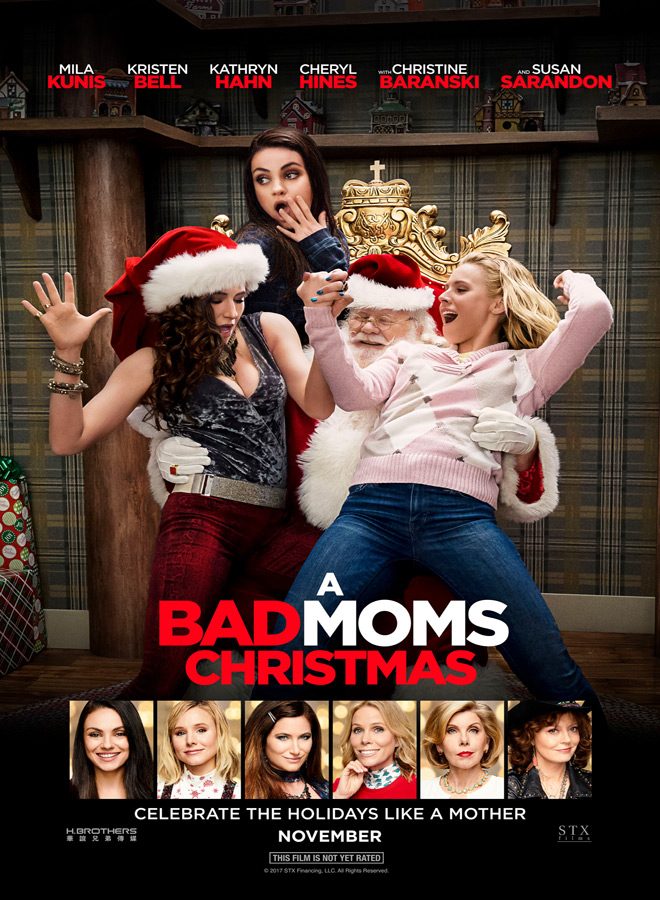