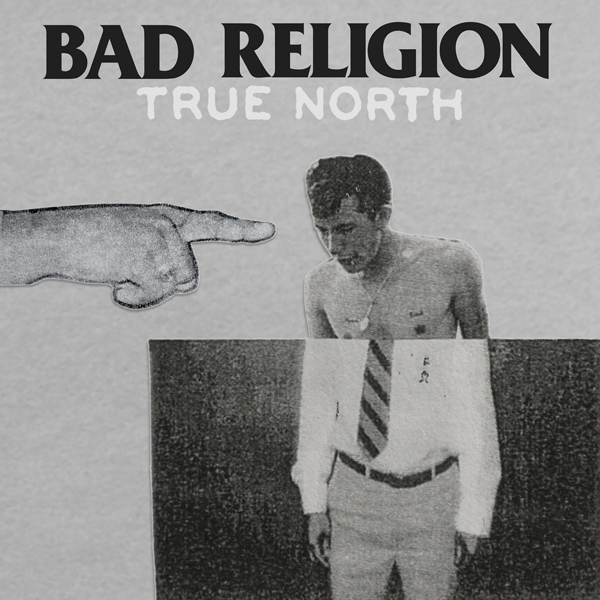 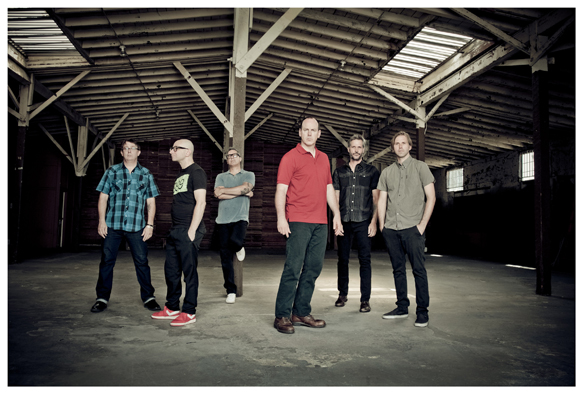 Los Angeles, California’s Bad Religion, the undisputed kings of melodic punk rock, have been around since 1979. Over the course of a 34 year career they’ve released 16 studio albums and inspired a generation, while taking the art of crafting vocal harmonies to stratospheric heights. Masterminded by unique vocalist Greg Graffin, the rest of the band consists of Brett Gurewitz (guitars), Greg Hetson (guitars), Brian Baker (guitar), Jay Bentley (bass), and Brooks Wackerman (drums). The year 2013 sees the release of True North, the rock-n-roll institution’s latest slab of two to three-minute energy bursts that has come to define their sound. More of a return to the breakneck speed of past releases, True North features some of the band’s speediest tracks since their heyday in the mid to late eighties.

The album kicks off with the title track, “True North”, and in these swift two and a half minutes Bad Religion makes it clear their proven songwriting method still has a ton of life left in it. Featuring a hooky chorus and incredible vocal harmonies, it’s a strong opening statement. It only gets better over the ensuing tracks. “Past is Dead” and “Robin Hood in Reverse” feature the same lyrical genius and compositional clarity that will keep fans singing and inspired for years to come. The latter opens with the salvo “here’s the church, there’s the steeple. Open up the door, corporations are people…..what did he say? What the f**k did he say?” Referring to a statement made by billionaire Mitt Romney during the lead-up to 2008’s U.S. presidential election, Bad Religion once again fly the flag for humanism; denigrating the power-hungry bastards who are still trying to subjugate us. “Land of Endless Greed” is another stab at the system, before the not-so-radio-friendly single “F**k You” spits from the speakers. This middle-finger salute to modern society speaks for itself. It features one of Bad Religion’s trademark guitar solos, a musical additive they manage to weave seamlessly into many of their songs. This propensity for the rocking solo elevates them from mere punk rock to a style all their own, one that both metalheads and punkers have embraced for decades. “Dharma and the Bomb” and “Hello Cruel World” are a bit of a change in pace and style, coming off a bit more eclectic in arrangement. This will suit some taste, but those who didn’t like songs like 1994’s “Infected” will find themselves hitting the fast-forward button. “Vanity” follows, 1:20 of velocity and angst, then “If Their Heart Is Right” a 2:00 minute statement song featuring a cool a cappella style chorus with a rousing change in tempo. “Crisis Time” should fit nicely along with the classics, both lyrically and musically. The trademark “oozin aahs” harmonies is found here in plenty, lending the tune that special something that makes it a Bad Religion song. The rest of the album is top quality stuff, the sort of snappy songs the band has perfected over time. Fitting somewhere between the Epitaph releases of the late eighties and the faster portions of Stranger Than Fiction (1994), the album gets better with each listen.

By now Bad Religion have found its way into the hearts of legions of fans. Greg Graffin’s PhD level intellect combined with a penchant for sending chills down the spine in under three minutes has cemented them into the musical consciousness. If you’ve never experienced this band, True North is as good a place as any to start. It packs a punch and though its sixteen tracks whiz by so quickly, they offer fans a lifetime of musical and lyrical satisfaction. CrypticRock gives this album 4 out of 5 stars.