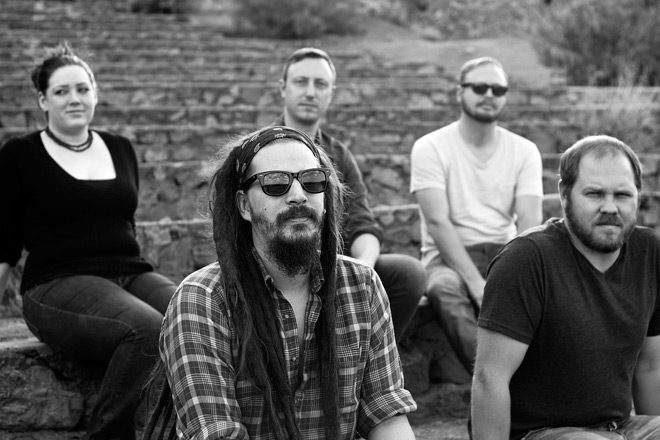 What makes a band worthy of a national spotlight? Connection to the listener is the key and Banana Gun is doing just that with their unique brand of Alternative Rock. Fronted by Kevin Loyd on vocals/guitar, with Nic Dehaan on guitar/backup vocals, Ian Breslin on drums, Ross Troost on bass, and Kyle Woo on saxophone/vocals, Banana Gun rise out of the same Arizona musical oasis that gave birth to artists like Jimmy Eat World, Calexico, Meat Puppets, Gin Blossoms, and Roger Clyne.

Founded back in 2009, it has been years in the making for the promising young band, who released their self-titled Banana Gun debut in 2010 followed by 2012’s The Elephant in the Room, which received critical attention and radio play on Local radio KWSS, Arizona State University, University of Arizona, as well as San Diego State University, and WNYU New York. In fact, their sophomore album was named one of the top digital downloads by Amazon Music Editors. Mixing sounds of Rock, Funk, and everything in between, their 2014 album Love Instinct continued their progression as they continued to spread their fever outside the confines of Arizona state lines touring.

All of this leads to present day where the band is set to release their brand new album, Dance Monkey Down in Faux Town. Recorded over nineteen days at STEM Recording in 2016 with Curtis Grippe in Paradise Valley, Arizona, the efforts will see official release on May 20, 2017. When asked about the recording, Grippe stated, “Banana Gun comes into the studio ready having done months of preproduction on stage, in front of their fans. It is definitely a recipe for success when heading into the studio.” Equally excited, Troost stated, “We had a bunch of friends on this record! Danny Torgersen from Captain Squeegee on Trumpet, Zach Lewis from Dry River Yacht Club and Phoenix Afrobeat Orchestra (PAO) on Trombone, Kristilyn Woods from Dry River Yacht Club on Bassoon, and Kevin Wiscombe from Dirty Sunset on Violin.”

All this in the mind the forthcoming album possess all the elements of what make a great band. There is the Rock angst of “Wind Up Lonely,” the groove of  “Gimme Your Love” and “Faux Town,” a track reflective of Phoenix and its cultural diversity. Not in the hands of one individual, all members of Banana Gun are songwriters equally, and their communicative effort makes for eclectic sounds.

When reflecting on the aforementioned “Faux Town,”  Troost admitted it was a challenge, saying, “It was a last minute addition to the album and really helped complete it. It was very organic. Kevin brought the idea into practice the week before the studio. We played it a couple of times and left it at that. We had about an hour or so left before the end of the day’s session and we decided to try it. We recorded a couple of takes…..sat on it for the night and came in the next morning and tracked it. Sometimes the best songs come from little practice, not overthinking it and inspiration.” This also is a testament to the talent these five friends who share their ideas, creating a cohesive style all their own.

They have the music down, but how about the lyrics? Everyone knows a great band translates lyrics and music into raw emotion. That said, “One And Only” is a subtle lesson from Dehan and his guitar’s musical conversation with Woo’s saxophone. Then showing more diversity, they offer songs like the bluesy “Hitchhike With The Devil,” a song that begs to suggest influences of Robert Johnson as well as modern Alternative rockers  Kaleo. Then there is “We May Only Have Tonight,” which is a testament to the fans worldwide that have helped shape Banana Gun into the band they are today.

Growing together, the collective of Banana Gun are now in their mid thirties, growing together, having their own families build in the process. Ready to take the next step in their progression, when asked how the Phoenix music community benefit them, they stated it really boils down to the support the fans provide. In fact, they said, “We hear it all the time from out of town bands, they really haven’t experienced a town like this and the support that exists for the local scene.” That says a lot for Banana Gun and the Phoenix scene, but perhaps this band could grow into something much more than a local band sooner than later. 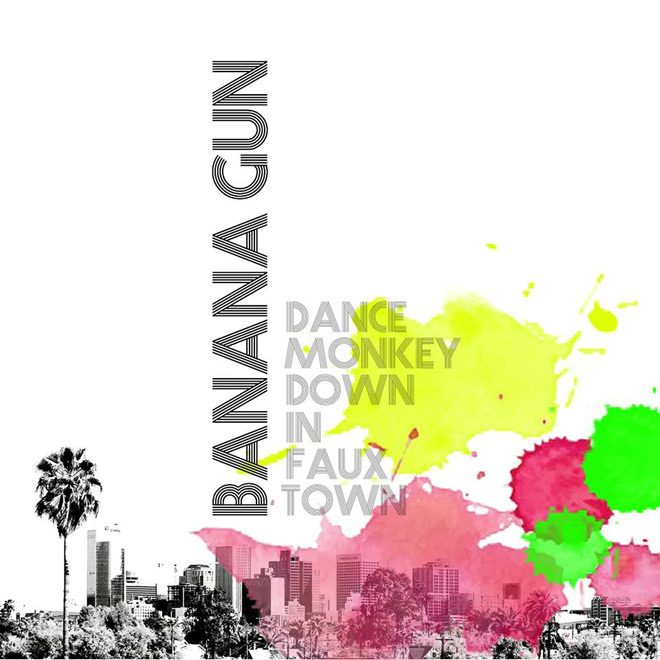 In celebration of the release of Dance Monkey Down in Faux Town, Banana Gun will be holding an album release show on Saturday, May 20th, with their friends at Crescent Ballroom. Get your tickets here.