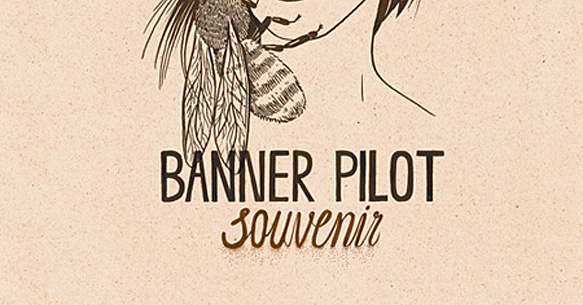 Punk rock pro’s Banner Pilot have been defining their classic sound since 2005. As they approach this year with their fourth album, Souvenir, they have no trouble keeping this style constant. Unfortunately, this lack of change or distinction is what drags the exciting intentions of Souvenir down. There is no doubt that their catchy rhythms can entice any pop punk enthusiast, but a certain dullness and monotony is derived from the unwavering pace and repetitive instrumentals.

The biggest setback in Souvenir is the generality of the instrumentals. When listening to the album as a whole, it takes a while to distinguish each track. Although this is common while giving any record a listen for the first time, Banner Pilot uses extremely similar bass lines and rhythmic patterns that lose originality as the album goes on. “Modern Shakes” starts as an exciting opener. As an individual track, the distorted guitar and straight chugging tempo creates a solid punk rock track, but as the album continues, Banner Pilot’s creativity seems to be lacking. “Letterbox” has an almost identical instrumental tempo and bass presence. The chorus melody differentiates this track from others, but the generic punk sounds drown out any signature hooks and dull down the entire album.

Something that does give the songs identity is each track’s introduction. To make up for the repetitive instrumentals throughout the album, each track has a strong start. “Heat Rash” begins with sharp and lingering guitar riffs to set the pace of the crucial bass. “Effigy” crashes in with a strong guitar while “Shoreline” starts off a bit slower to create an airy atmosphere. These short elements are some of the most interesting aspects of Souvenir and give listeners subtle distinction to keep them from getting bored too quickly.

This fourth album is not completely disappointing, however. In the sea of consistent guitar rhythms and strong bass lines, an instrumental hook or captivating vocal melody finds its way to prevail. “Fireproof” is a dominating track on Souvenir. The classic punk sound that Banner Pilot knows so obviously well has a special touch of distinct riffs and fun vocal energy that gives it empowerment over the album’s sound. Other than its captivating introduction, “Heat Rash” provides listeners with choppy vocal intonation as well to match the sudden tempo and bursts of guitar riffs throughout the verses. Banner Pilot strives in their vocals in “Colfax” as well. This track has a slower tone derived from the strong bass and is complimented by deep vocals. This vocal style is the epitome of their classic punk rock style and is even more greatly supported with the jumpy refrain. Catchy instances like these in Souvenir are what keep this record afloat.

Banner Pilot have their moments on this record, but the repetitive sound and tone are what hold them back. Souvenir’s lack of musical depth and creativity is a major setback for the band’s fourth album. Luckily, a few tracks show potential to shine in their record, but they need to branch out a lot farther in order to continue to thrive as musicians. CrypticRock gives this record 3 out of 5 stars. 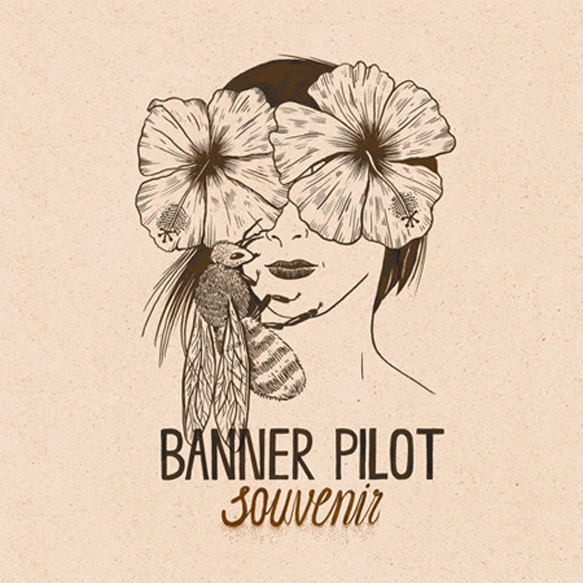