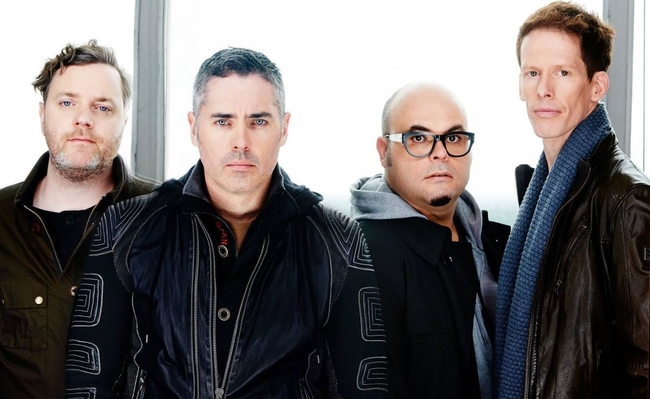 Formed in 1988, in Ontario, Canada, Barenaked Ladies was among the batch of soft-sounding, Folk-rooted, Pop-inclined, and melody-happy Alternative Rock bands that evened out the Grunge-dominated Rock/Pop music scene in the 1990s, alongside the likes of Toad the Wet Sprocket (“I Will Not Take These Things for Granted”), Gin Blossoms (“Allison Road”), The Lemonheads (“Rudderless”), Soul Asylum (“Runaway Train”), Counting Crows (“Mr. Jones”), and Crash Test Dummies (“Afternoons and Coffeespoons”).

Despite personal conflicts and creative differences, highlighted by the eventual departure of co-founder Steven Page in 2009, the remaining members of Barenaked Ladies were able to weather the constantly changing musical landscape of both the mainstream and the Alternative music worlds. Never the bandwagoneer type, the Canadian band has been musically resilient enough to maintain its overall trademark sound in all its albums. Its music is best characterized by its being rooted in Folk, with dips of Soft Rock and the stylistic quirkiness of New Wave or Post-Punk. This has to do with the band’s penchant for Folk Rock–associated instruments, catchy hooks and choruses, vocal harmonies inspired by the likes of The Beatles and The Beach Boys, a dip of lighthearted feel of their maple syrup–coated songs that usually delve on themes about relationships, and a dash of interactive humor especially during live performances.

In its enduring career, Barenaked Ladies has released a total of fourteen albums (eleven primary albums and three themed ones), from 1992’s Gordon to the latest, Silverball; including the children-themed Snacktime! of 2008, which may be likened to the tetralogy of children-oriented albums by the American Alternative Rock band They Might Be Giants—namely, No! (2002), Here Come the ABCs (2005), Here Come the 123s (2008), and Here Comes Science (2009). Barenaked Ladies’ string of commercially popular and fan-favorite songs include “Be My Yoko Ono,” “If I Had $1000000,” “Jane,” “Alternative Girlfriend,” “The Old Apartment,” “Shoe Box,” “One Week, “Call and Answer,” “Pinch Me,” “Falling for the First Time,” “Another Postcard,” “Maybe Katie,” “Bull in a China Shop,” “Rule the World with Love,” “You Run Away,” and “Watching the Northern Lights.” Currently consisting of Ed Robertson (lead vocals, guitars), Jim Creeggan (bass, vocals), Tyler Stewart (drums, vocals), and Kevin Hearn (keyboard, vocals), Barenaked Ladies continues to prove to be one of the most prolific and long-running among its batchmates, unleashing albums on an average of one full-length every two years since the first one was released twenty-three years ago.

Released on June 2, 2015, Silverball is the fourteenth offering from the quirky Canadian band. After all the years and considering the countless and constant shifting of the commercial spotlight, the music of Barenaked Ladies has remained rooted in its distinct melange of styles. Silverball opens with “Get Back Up,” which has a very metallic intro that easily catches the attention of even the initiated listener; but then which slowly reverts to the homely hush-hearted spell of the band; a bit Paul McCartney & Wings (“Live and Let Die”) when the ex-Beatles was at his rockiest and most carefree phase. One may also throw into the mix Live’s “I Alone” and Collective Soul’s “Shine.” Following next is the stadium-ready stomper “Here Before,” whose introductory drumbeats uncannily sound like that of Queen’s “We Will Rock You” for a moment, but then the cascading piano line takes the listener back to the band’s aural home base. “Matter of Time” stands out immediately for its Indie Pop sensibilities, owing to the musicbox characteristic of its instrumentation. It will not be out of place on a playlist that includes INXS’s “Beautiful Girl,” Boo Radley’s “Charles Bukowski Is Dead,” Babybird’s “You’re So Gorgeous,” Skyray’s “Skyray Is Love,” Death Cab for Cutie’s “I Was a Kaleidoscope,” The Postal Service’s “Such Great Heights,” Hot Hot Heat’s “Middle of Nowhere,” and Owl Cities’ “Fireflies.”

The interestingly titled “Duct Tape Heart” is an engagingly upbeat track that can easily make the listener’s heart swoon into an affectionate state of grace coupled with a complementary flicking of the fingers and tapping of the feet. “Say What You Want” is seemingly a homage to the fuzzy sound that emerged also in the early ’90s—somber, consciousness lost in the rhythm, harking back to similar romantic preoccupation by bands like Sloan (“I Am the Cancer”), The Posies (“Dream All Day”), Weezer (“The World Has Turned [And Left Me Here]”), The Rentals (“Waiting”), and Oasis (“Don’t Look Back in Anger”).

“Passcode” is another standout track, a saccharized piano-led gem that features a choppy rhythm, celebratory melodies and vocal harmonies. Barenaked Ladies really knows how to touch the right corners in the heart of an Indie Pop music fan. (“You know the passcode to my heart / You push the button to make it start beating / Beating like a carnival drum….”) It has the stylistic sheen of any Belle and Sebastian song (“I’m a Cuckoo,” for instance), the bittersweet sentiments of a Nightmare of You (“Thumbelina”), and the carnivalesque predilection of Sufjan Stevens (“Come On! Feel the Illinoise!”). Then there is the basic bluesy Rock stomper “Hold My Hand,” followed by the dribbling beat of the uptempo “Narrow Streets,” whose keyboard arpeggios may remind the listener of Roxy Music’s classic “Virginia Plain.” The mood then turns introspective and nostalgic with the semi-acoustic “Toe to Toe,” which may conjure images of raindrops pelting on the windowpane or dewdrops on green grasses in the backyard in an early Spring morning.

Then there is “Piece of Cake” which returns the listener to the festive aspect of the album. “Globetrot,” on the other hand, is yet another celebration of, this time, rhythm choppiness, lyrical longing and loneliness, and arpeggios and pizzicatos. (“I want more than ever before / I want way beyond satisfaction….”) Near the end of the sonic pinball journey is the breezy sound of the title track, which has a whiff of Bruce Hornsby & the Range’s “The Way It Is,” owing to the jazzy piano works. The album then closes aptly with the beautiful ballad “Tired of Fighting with You,” whose main ingredient is the subtly rolling piano that can lull the listener to a quiet reminiscence of sweet surrender to love. After all, the song title says it all.

Like what they ceremoniously do to many other bands that emerged in a previous decade despite continual activity, commercially oriented journalists and many self-proclaimed fans themselves have relegated Barenaked Ladies to the sidelights after the mad rush has gone. However, to the connoisseur of classic and classy Alternative Rock music who has developed a keen sense of loyalty and attention to details, Barenaked Ladies will most likely remain one of the prolific bands still standing and expressing its vitality. The newly released Silverball is another great addition to Barenaked Ladies’ legacy of marked distinction, as well as to any Alternative Rock enthusiast’s music collection. CrypticRock gives it 4 out of 5 stars. 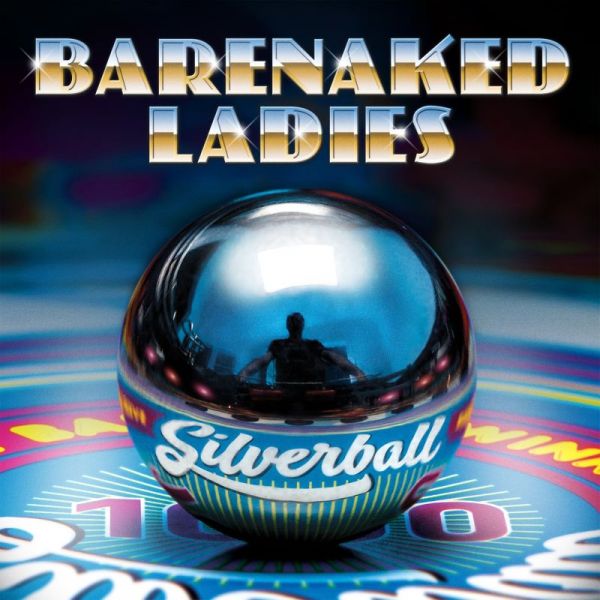