It is the last Halloween before high school graduation, you a) have a quiet night in, or b) mess around with the town’s local curse? Dubbed one of the most anticipated Horror films of 2016, The Barn explores the course of two friends by the names of Sam (Mitchell Musolino: Delectus of Pain 2013, Cryptids 2017) and Josh (Will Stout: Cronos 2016, The Tap 2017) who decide to take their jinx to the next level and end up summoning three monsters, The Boogeyman, Hollow Jack, and the Candy Corn Scarecrow.

Released via Nevermore Production Films, the throwback style film was written and directed by aspiring young talent Justin M. Seaman (The Miracle of Danny 2008, Cryptids 2017). As stated, retro-like, the events of The Barn are set in 1989, and Seaman has spared no detail, ensuring the story has an authentic ’80s vibe. 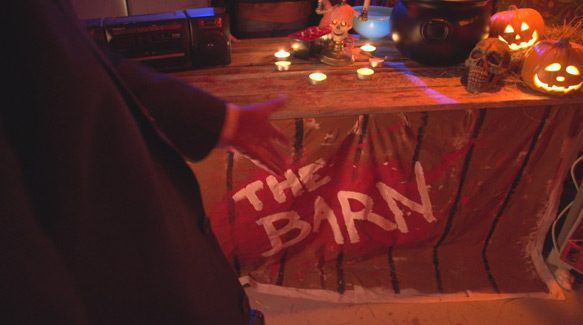 Sam loves a good Halloween prank, and every year someone is the subject of his sense of humour. This year it happens to be a teacher – Ms. Barnhart (Linnea Quigley: The Return of the Living Dead 1985, Night of the Demons 1988), who is not impressed. Despite getting into some trouble, Sam and Josh decide to go to the Hucklebucks concert with a girl Sam likes -Michelle (Lexi Dripps: Supah Ninjas 2013) and Nikki (Nikki Howell: Slaughter Drive 2017). At some point during the evening, not content with the party, Sam, Josh, and some friends decide to check out the barn, the entry to which is forbidden to be on Halloween.

After breaking into the barn, they recite a local rhyme associated with the place. This reignites a decades old curse and frees The Boogeyman (Seaman), Hollow Jack, and the Candy Corn Scarecrow. The monsters waste no time in working there way through the locals before heading back to the barn. When Sam and Josh realize what they have done, they are forced to change from teenage boys into young men and stop the town’s curse once and for all before there is no one left in town. 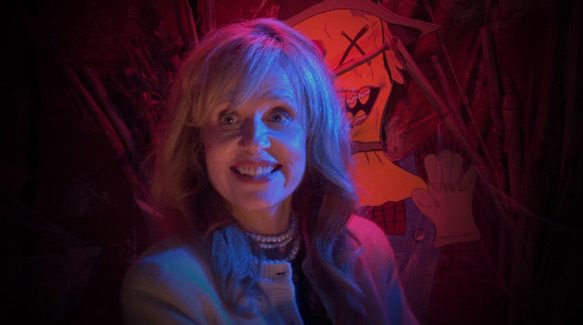 From the special effects, to the cinematography by Zane Hershberger (Driving Nowhere 2016, Cryptids 2017), acting, and some of the music, The Barn takes the viewer back to ’80s cinema. The soundtrack features music by Steel City band – The Legendary Hucklebucks: Ted Boyko, Dave Fresch, Brain Gault, Johnny Relich, and Douglas Sikora, who play a live concert, giving an extra dimension. In addition, the film’s soundtrack was scored by Rocky Gray, formerly of Evanescence.

Beaming a campy atmosphere, representative of the 1980s, one downside is if the viewer misses when the year is indicated at the beginning, they may mistake it for a poor quality modern movie. Further, when placed in the 1980s context, The Barn is certainly unique in terms of style and substance, but likewise, the use of cliche characters and plot date the film in a somewhat negative way. For older viewers in particular, it is like watching a movie back then, one which does not offer anything other than a flashback. For younger viewers used to the complex storylines, characters, CG,I and special effects delivered in movies these days, they may not be pulled in by the intense and complete retro atmosphere. 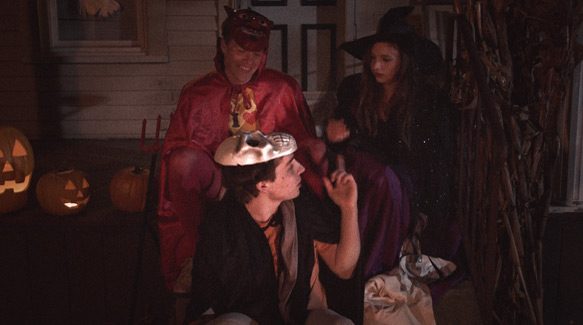 On the upside, it is certainly entertaining, and those looking for a retro ’80s styled film that feels authentic, it is near flawless. Seaman appears to work regularly with a number of the same people, and so far it looks like a winning team to watch out for.

The Barn is one of those films some may love, while others may hate it. That in mind, The Barn re-captures the texture and feel of ’80s Horror cinema to the T and is absolutely a must see for buffs of the era. Intially scheduled for release on VOD on Halloween of 2016, the awesome 2-disc DVD package became avaliable to the public on www.thebarnmerch.com as of November 27th. CrypticRock.com gives The Barn 3.5 out of 5 stars. 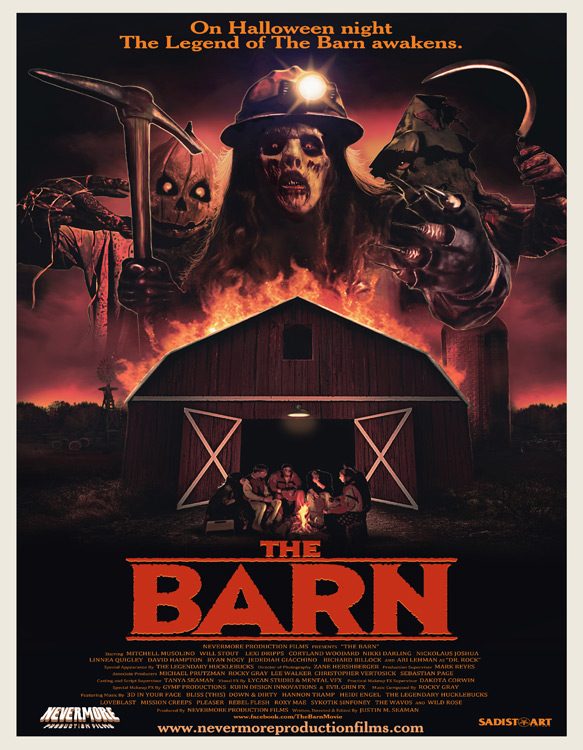 Purchase The Barn at www.thebarnmerch.com