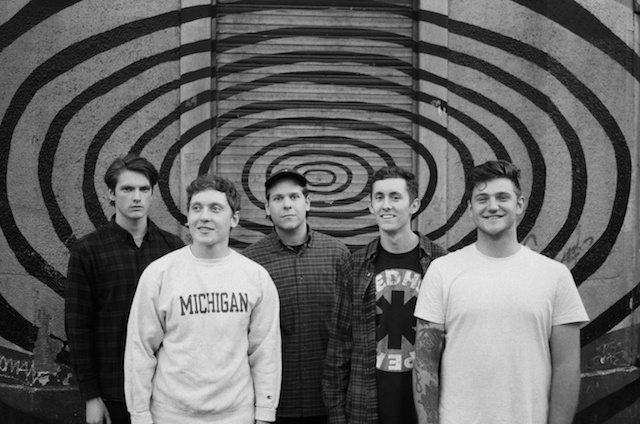 With the breakup of the English Pop Punk band In This for Fun, Basement (Andrew Fisher on vocals, Alex Henery on vocals and guitar, Ronan Crix on guitar, Duncan Stewart on bass, and James Fisher on drums) was born in the latter part of 2009. Independently releasing their EP, Songs About the Weather, in the Spring of 2010, they quickly gained attention and signed to Run for Cover Records. Releasing their debut studio album, I Wish I Could Stay Here, in the Summer of 2011, the band further garnered attention and built a fanbase. Following up with Colormeinkindness in 2012, it was a true testament to the power of a good album, despite little press coverage and the band not touring for the album, it still sold well.  Taking a hiatus amidst their time as a band, Basement still offered fans some music in between, including 2014’s EP, Further Sky. Although, many were itching for a new full-length album, and that finally came when the band released Promise Everything on January 29th. Produced by Sam Pura (My Iron Lung, This Legend), the album boasts ten tracks of a two-year culmination that is bound to strike a ton of interest.

Beginning with “Brother’s Keeper” Basement offers a Deftones-esque beginning as the energy kicks in, then, the track immediately slows down before gradually building back up with the group singing of brotherly love. Next, “Hanging Around” is a straight-forward tune that is mid-tempo with a light riff.  The band sings of looking for direction to life’s situations. Then on “Lose Your Grip” heavy drums lead in at the equally heavy riff as the lyrics begin with an urgency of needing to get away from someone who is overbearing.  “Aquasun” is a Power Ballad of sorts as “Dive into me” is sung.  There is melody that still has an edge, but that edge has heart, which reflects in the vocals’ inflection. Amping up the tone vocally on “Submission,” the melody maintains its edge with its hard, simple riff, but the feature is the vocals’ cadence that screams of finality.

Again slowing down the pace, “Oversized” starts with light guitars and accompanied ballad drums as the band sings about getting lost in their loved one’s eyes, losing time. Fisher’s vocals bring in “Blinded Bye,” followed by riffing, screaming guitars in this track that plays on words.  It is inferred there is some tongue-in-cheek at play with the piece in that the phrase “blinded by” normally refers to love; however, the lyrics seem to be referencing death. Basement pulls another Power Ballad with “For You the Moon” as the riff begins and follows throughout the track, morphing into distortions during the solo. The guys sing their hearts out, expressing the need for making their loves happy.

Winding down the album, title-trick “Promise Nothing” showcases the group’s Punk roots as the simple riff has the drums wrap themselves around it. The bass gets its own solo in the tune of the many variables of a relationship.  Drawing Promise Everything to a close is “Halo,” a slower, brooding, low-sung piece that builds to the abrupt finish. This finale is another ballad that shows the band’s heart as they say their loves are their angels.

For bands, taking breaks can be beneficial to regroup and come at a project with new eyes. So it is with Basement. With songs of happiness and love, matter-of-factness, and wordplay as a misdirection tool, Basement has made the wait for another offering worthwhile. They are currently touring to support Promise Everything through May. CrypticRock gives Promise Everything 5 out of 5 stars. 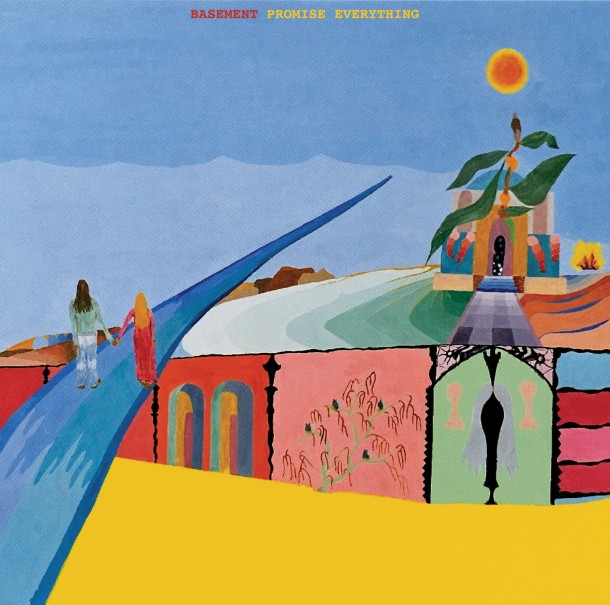