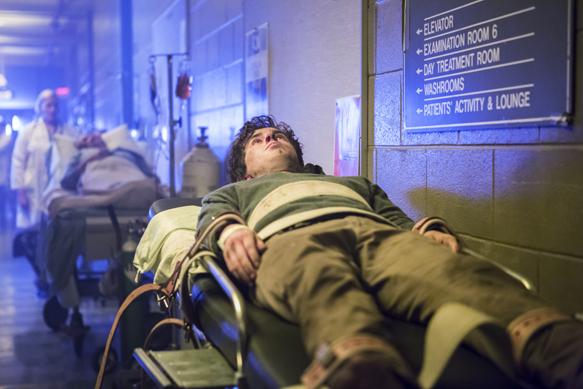 Returning on Monday March 7, 2016 with the episode A Danger To Himself and Others, Norman wakes up in unfamiliar territory, and immediately begins having an argument with “Norma.” A local sees the commotion, and tries to help. He ends up knocking Norman out cold after he threateningly lunges at him. He is soon transmitted to a psych ward, and Norma, who has been sick with worry, has to wait the standard 48 hours for his release. After she brings him home, she knows it is only a matter of time before social services is at her door to further analyze Norman. She does everything she can think of to help their situation, including awkwardly asking Officer Romero to marry her for insurance reasons, which he declines.

In the hospital, Dylan patiently waits for the results of Emma’s surgery alongside her father, Will (Andrew Howard). A woman walks in and reveals herself to be Emma’s mother, Audrey (Karina Logue), who has been absent from the family for some time now. Will is clearly disturbed by her presence, and forces her to leave. She ends up at Norma’s motel for a room, and eventually tells her who she is. She pleads with her to pass a letter to Emma, which Norma refuses. 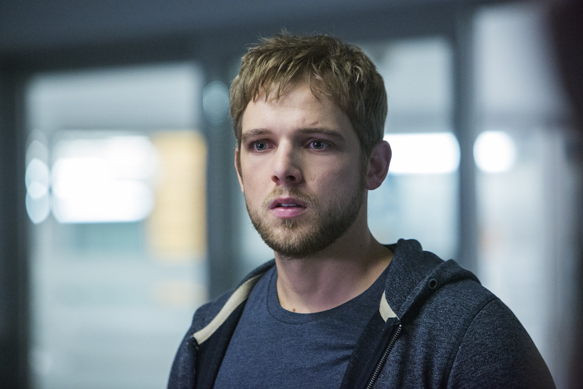 Back at home, Norman sleeps peacefully after a rough few days. He awakes alone, and finds himself locked in the bedroom, Norma’s attempt to protect him while she runs out on an errand. In a rage, he breaks through the door, and immediately slips back into Norma’s personality, putting on one of her robes to complete the look. Seizing the opportunity, Audrey knocks on the door to talk to Norman, attempting again for her letter to reach Emma. She is a little taken back by his appearance, but is too determined on her own agenda to question much. She, unfortunately, meets her demise at the hands of “Norma,” becoming another victim on Mother’s list.

After waiting an entire year due to Freddie Highmore’s school schedule, the season premiere began right where season 3 left off. It is a pivotal time in the show, as season 5 is rumored to be the last, and as we can clearly see, Norman is already embracing the inevitable aspect of his character. It was a great episode to start, as it came full circle for everyone involved. You see both Emma and Norman in hospitals, shrouded in different lighting to further emphasize their surroundings, Emma in a peaceful blue and Norman with the harsher yellow. As she is expected to get better, Norman is clearly getting worse. It was also interesting that Emma’s estranged mother, Audrey, was killed by Norman, a possible foreshadowing of Norma’s own outcome. It also cannot be ignored that this act could have been avoided if Norma agreed to help Audrey in the first place. 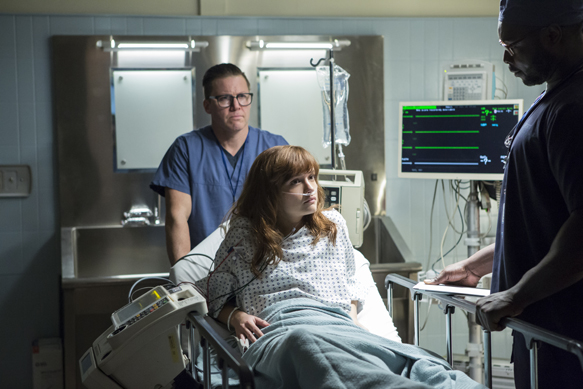 The connection between mother and son is stronger than ever, and Farmiga and Highmore are excellent to highlight this. While strapped to the bed in the hospital, Norman is seen remembering good times with mother as a boy, while simultaneously Norma is doing everything within her power to bring him home and get him help that she approves of. Their hug shared in the hospital upon his release was a very touching moment as well.

A Danger To Himself and Others was a strong start to the season, sparking an exciting ride which shapes the mind of the infamous Norman Bates. With the story already taking its climactic turn, it should be fun to see how his behavior effects everyone else, as he spirals further into his own madness as season 4 roles on. CrypticRock gives A Danger To Himself and Others 4 out of 5 stars. 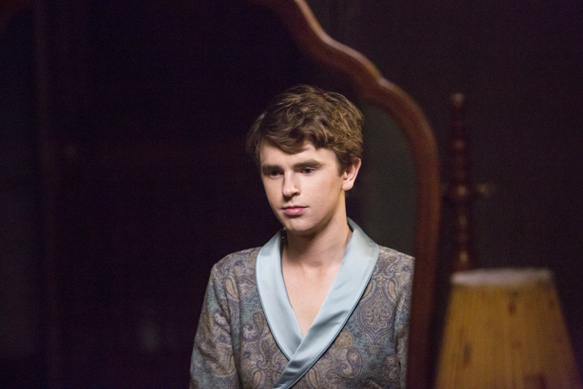