Over the past decade plus, Supernatural films have been quite a common trend in Horror. Often overused, the subgenre has been watered down, and sometimes it is difficult to find a good ghost story worth its weight in water. Hoping to give a try at it comes the new Indie Horror flick entitled Bayou Ghost Story from Writer/Director Armand Petri (The Nymph 2014, Undetectable 2015). One of the talented young filmmaker’s latest projects, in Bayou Ghost Story Petri also serves as main character, Hassan. Working with Producer Art Arutyunyan (Adamantine 2017, Funeral 2017), the film hit VOD on April 18, 2017 via Reel Nightmare Films, but does it deliver a good scare? 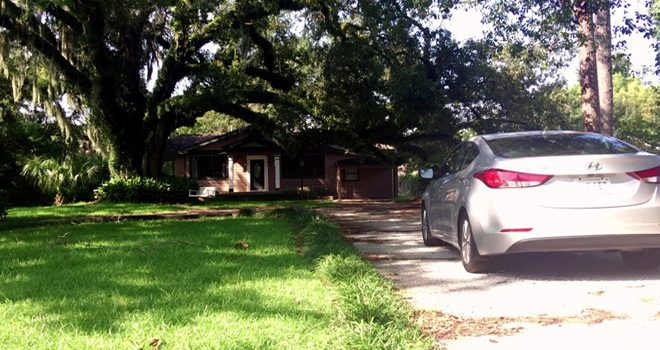 The main plot of Bayou Ghost Story is the LaMarque curse and the demise of the author Byron Cane (aka Byron LaMarque) who was played by Andrew Panzarella (Unusual Suspects 2017). That in mind, the movie opens with Jimmy (Alexander Burgos: Allegiant 2016, Deadpool and Black Panther: The Gauntlet 2016) pulling up to the Oak House. Jimmy enters the home and begins preparing for an open house when he hears something. Upon hearing this noise, he begins looking for someone, thinking it was a buyer showing up to the open house too early. Startled by the noise, spilling coffee on his shirt, he enters the bathroom, takes his shirt off to wash it, and suddenly shocked to see a man in the mirror.

Fading out, next shows up a woman (Emily Russell: Black Water 2016, Amongst Strangers 2016). The woman calls for Jimmy, announcing that she is come to see the house. This quickly shifts to her being interviewed by Hassan. She talks about how she is a newlywed and that she and her husband thought this would be a great starter home. She talks about how she loves the old oak tree (keep this in mind). The film then pans back to her walking through the house. She calls her husband, anxiously asking when he will be able to come see the house. She continues walking through the house and comes to the bathroom, where she makes a terrible discovery, Jimmy drowned to death. 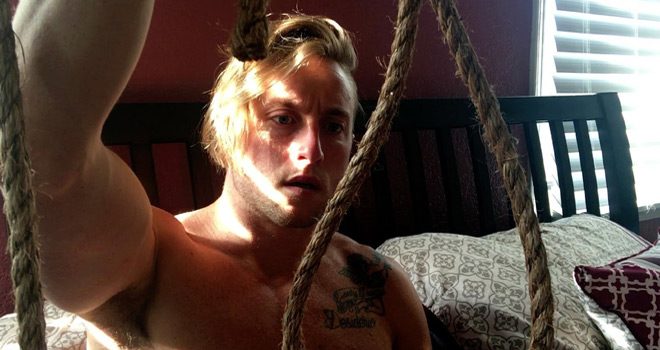 A decent opening, Bayou Ghost Story takes a turn for the worst, leading to disappointment after disappointment. From the slow pace to inexperienced acting throughout, Bayou Ghost Story sadly lacks emotion, character, and any sort of energy. Many viewers may find it difficult to connect with any of the characters, as there were so many of them that exit the story as quickly as they come in. That said, there was no real solid main character other than Hassan.

The cast is quite large for such a movie, when it really could have been a lot simpler. Throughout the many characters, none of them really get stuck in the viewer’s mind as the movie went on, other than perhaps Alma (Cheryl Gautier: debut film). In addition, while the movie attempted to tie in the characters together, it simply falls short. For example, there should have been more of a backstory for Alma, an intriguing character who is a major component. That said, Gautier does a good job playing an almost neurotic Alma. But as said before, as quickly as she is brought into the movie, she is left behind. 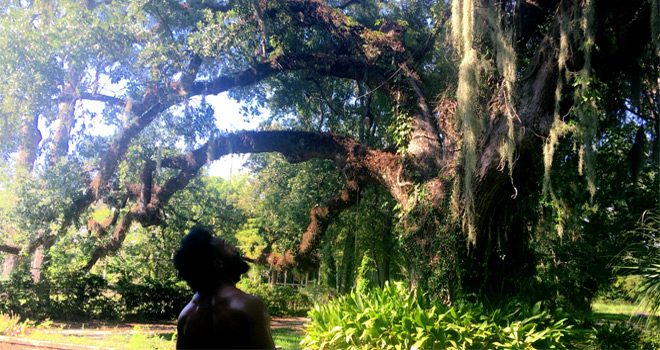 As for the filming location, the filmmakers picked a great place for a creepy ghost story. Unfortunately, the angles and brightness of the film does not even allow for any creep factor at all. For example, Lafayette Cemetery was featured here for a brief moment, and this the creepiest part of the movie! When it is all done, Bayou Ghost Story ends flat and abruptly with no real questions answered. The ghost never makes more than two appearances, and honestly, the “ghost” does not really make sense with the movie or the curse.

As far as the movie title even goes, one has to even question why this is even called Bayou Ghost Story since it really does not have anything to do with ghosts at all. The plot itself is very interesting with some nice twists, leaving open the idea, perhaps this would have been better as a book? For these reasons, CrypticRock gives Bayou Ghost Story 1 out of 5 stars. 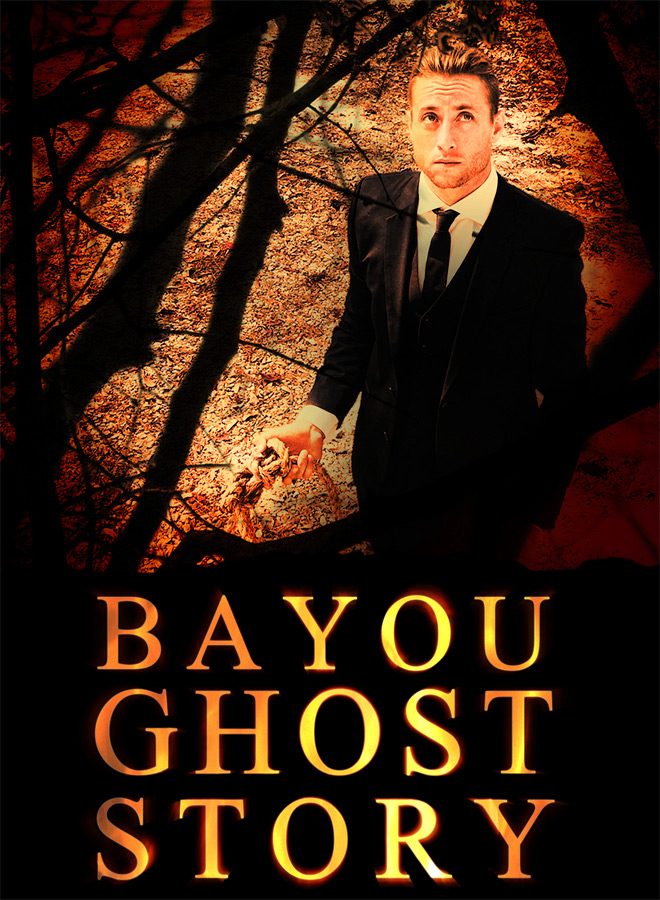